What Color Is Your Sunset?

“Do you know that the more colorful your sunset is, the more polluted is the atmosphere?” That was what our physics teacher once told us. Well, how true is this? Stay on, and you will find out.

Of Light Waves and other Stories

Visible light occurs as waves with varying wavelengths. Red has the longest wavelength while violet has the shortest. All the other colors of the rainbow have intermediate wavelengths between red and violet. When all the wavelengths are seen together, light appears as white.

When white light enters a prism, it becomes separated into its individual waves which we see as the colors of the rainbow. Water droplets in the atmosphere also act like a prism and that’s why we see a rainbow in the sky when the atmosphere is filled with water vapor.

Of Sunlight, Sunsets, and Colors

The different light waves plus the composition of our atmosphere explains why the sky is blue during daytime but orange-red at sunset.

When the sun is high up in the sky, its light travels only a short distance through the atmosphere before it reaches our eyes. Thus we see white light, the sum of all light waves.

Since our atmosphere consists mostly of nitrogen and oxygen molecules, these molecules absorb and scatter the light waves selectively through the principle of Rayleigh scattering . What does this mean?

If that is so, shouldn’t the sky be more violet than blue then, since violet is the shortest wavelength and therefore the one most affected by this scattering effect? Well, it could be so except for the fact that we see blue better than violet because of the nature of the color receptors in our eyes. Our color receptors are most sensitive to the wavelengths red, green and blue or RGB.

By the way, “Rayleigh scattering” is named after Lord John Rayleigh, an English physicist, who first described it in the 1870's.

Ok now, so that explains why the sky is blue. What about the color of sunsets?

b) Why do we have Fiery Sunsets?

During sunsets and sunrises (for that matter), the sun is low in the horizon and thus light travels through a longer distance of atmosphere. The same Rayleigh scattering occurs, but since so much scattering of the shorter wavelengths has already occurred by the time light reaches our eyes; only the reds, oranges and yellows or the longer wavelengths remain for us to see. Thus, our sunsets and sunrises are yellow-orange-red.

So it’s true then that more pollution contributes to more colourful sunsets? Oh, no, no no... not so fast on that. This is actually where some confusion sets in.

c) Pollution Does Not Make For Colorful Sunsets

Air pollution a.k.a smog adds particles to the atmosphere. Yes, that’s true. However, we have to differentiate smog (or smoke + fog) produced by volcanic explosion and some forest fires, from smog caused by emissions from factories, vehicles, burning of plastics, and other unnatural materials.

While volcanic explosions release particles of the same size into the atmosphere and indeed contribute to more colourful sunsets as what happened when Pinatubo erupted several years ago, man-made pollutant particles are of totally different sizes. Particles from CFCs, car exhaust, factory emissions, etc. come in various sizes. Size of particles affects the colors produced during sunsets.

Ashes from volcanic eruptions are big enough to scatter not just the blue and violet wavelengths but also the longer yellows as well. Thus, what remains in the sky and what reaches our eyes are the fiery oranges and reds. Particles from various man-made pollutants on the other hand are of different sizes; some big, some small. What happens here is a totally different kind of scattering and not the selective Rayleigh scattering we encountered earlier. The keyword here is “selective” scattering.

So what color remains in the sky after all this scattering? Nothing! Nothing remains but a hazy, grayish, dull color ... a sunset with no colors! Can you imagine that? This is what happens when there is too much particles (of the pollutant kind) in the atmosphere.

So, what color is your sunset?

A fellow hubber answered this question in this hub: Beautiful-Endings-Because-of-a-Day 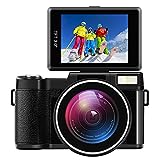