This lens is about Francisco de Goya (1746 - 1828) - one of Spain's greatest painters. He's characterised as the last of the Old Masters and the Father of Modernism.

This compendium shares links to information about Goya's art :

An overview of the life and work of Francisco de Goya

Goya - by Robert Hughes - THE book about Goya

This is an expert, passionate and critical examination and evaluation of the life and work of Goya

It was written by Robert Hughes, one of the best biographers of artists and writers about art that there has ever been.

The book has a rich selection of illustrations but they are not large and those wanting a picture book about Goya need to look elsewhere.

See below for articles written about this book and Robert Hughes status and calibre as an author.

Goya
A new and profusely illustrated appraisal of this leading Spanish painter and graphic artist. 220 illustrations, 185 in color.
Buy Now

Goya's Last Works
This book examines fifty-one artworks from the last year's of Goya's life. This was the period when he experimented with lithography - a new technique at the time - and developed a technique for painting miniatures on ivory.
Buy Now

Goya
Taschen invariably produce An informative introductions to artists in a book which has good production values.This is one such. The book provides a profile of one of Spain's most renowned artists. Goya (1746-1828). He was regarded as the most original artist of his time. The book reviews his versatility in differing media and portrayal of emotions.Rated 4.5 out of 5 stars by 2 customer reviews
Buy Now

VIDEO: The Style of Francisco Goya

Goya's drawings, etchings and paintings in art museums and galleries - links to the websites of museums

If visiting art galleries and museums to view Goya's artwork, the links below provide you with a guide to what you can find where

Goya's artwork has been the subject of regular exhibitions at prestigious art galleries and musuems. below you can find the links to some of these exhibitions. The websites provide yet more insight into his artwork

Below are various different versions of images of Goya's drawings, etchings and lithoigraphs which include some of the work for which he is most famous eg The Disasters of War

Great Goya Etchings: The Proverbs, The Tauromaquia and The Bulls of Bordeaux (Dover Fine Art, History of Art)
Buy Now 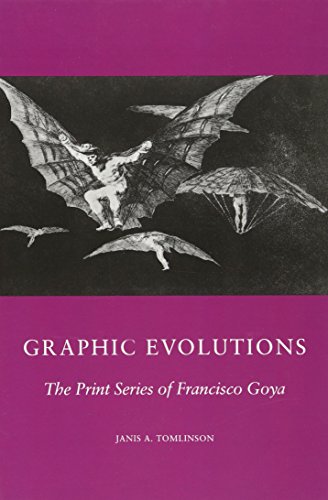 Goya's drawings and etchings - and technique

The Disasters of War

The series of 80 aquatint prints known as Los Desastres de la Guerra (The Disasters of War) were produced betweem 1810 and 1820 but were not completed and published until 1863.

The series reflects on the the guerrilla war in which the Spanish fought against Napoleon Bonaparte between 1808 and 1813. They don't make war heroic - instead they show what war is really like for the participants and reflect on the utter futility of war.

VIDEO: Goya - The Disasters of War

Between 1819 and 1823, Goya painted a series of fourteen or fifteen dark and disturbing images onto the plastered walls of two large rooms (one upstairs, one downstairs) in his country house - the Quinta del Sordo.

These paintings were originally oil on plaster but were later transferred to canvas and are now known as "las pinturas negras", the black paintings.