10 High Speed Electric Cars that are Ready for the Highway

Electric cars are a really interesting aspect of both the auto industry and the green movement. Electric cars provide a terrific solution to many of the environmental problems that are caused by traditional autos. However, they have historically had some drawbacks including an inability to drive for long distances and an inability to reach speeds that make them useful on the highway. These things are beginning to change as the technology in electric cars has become more advanced.

Here’s a look at ten modern electric cars including small vehicles (like the Smart Car), electric sportscars (like the Tesla) and even electric trucks and SUVs:

This brand of electric vehicle that comes out of India is an increasingly popular model of car for those drivers who want something small and electric to drive in the city. It’s reported to be easy to drive, easy to park and easy to charge. The REVA is also a feature-rich vehicle which is something fairly new to the electric vehicle market; it has climate control seats and other little perks as well as a variety of safety features. Another nice thing to note is that these electric vehicles are reportedly really easy to repair. There are a few different Versions of the REVA – the Reva I and the Reva L-ion are both four-seater electric vehicles that can reach speeds of about 50 mph. You can’t drive forever with these cars; after 50 to 75 miles you’ll have to recharge but it takes less than seven hours to do that.

The REVA actually looks a lot like the Smart car, a car that people may be more familiar with than they are with the REVA since the Smart car comes in non-electric models as well. In fact, Smart ForTwo is a cute little car that makes this year’s list of best gas mileage cars. It’s of little surprise that this car company has also worked on an electric version of the vehicle. It gets close to seventy miles per hours on the highway. It’s currently in trial in Europe.

Another vehicle that calls into the same category as the REVA and the Smart ForTwo EV is this British electric vehicle that is named for the “Zero Emissions” that it has since it’s an electric car. It only gets up to about fifty miles per hour but it’s a reliable vehicle for getting around relatively short distances on the highway. What’s interesting about this company is that they’re also working on a Zevan, an electric van based on the same concept as the Zecar.

This is a Norwegian car that is similar to the Zecar and the other cars listed above.

This car is comparable to those electric vehicles listed above with one advanced exception – it is one of only two electric vehicles that have actually been crash-tested and highway-certified. The other of those vehicles is the Tesla Roadster.

This is the first of the electric vehicles that really jumped outside of the box in terms of the stereotypes of what it means to be green. That’s because this highway-ready electric car can get up to super fat speeds (over 135 miles per hour) and functions more like a sportscar that like the granola-eating, French-fry-oil-burning cars we often have in mind when we think about green cars. That’s not all that’s great about this electric vehicle though – it takes less than four hours to charge it and the charge lasts for about two hundred miles. It’s a pricey car but for someone who wants to be green yet have all of the perks of a sportscar, it’s really the only right choice.

The Tesla Roadster does have some competition on the electric vehicle market, though. These cars are supposed to be released in the UK this year and pre-orders are already being taken. It gets speeds comparable to the Tesla Roadster with similar charging times and is a car that’s expected to last twelve years before its energy really starts to run out.

This electric sportscar isn’t quite as fast as the Tesla Roadster or the Lightning GT but it gets respectable speeds of about 100 miles per hour and it has a range as far as the other two vehicles. However, this is a car that isn’t widely available – it’s a limited production electric vehicle designed for those people with money to burn who want to get something special that others aren’t going to get a chance to have.

Now here is something really different on the electric car market – a highway-ready electric sports utility truck and a highway-ready electric SUV. Both vehicles reportedly can go about one hundred miles before needing to be recharged and they have a quick-charge function that lets you charge back up in just about ten minutes. Combined with the big size of these vehicles, this really offers a lot of function to the electric vehicle market that we weren’t seeing in the past. The vehicles are in production now and should be on the market in the relatively near future.

Another rather uniquely designed car that’s set to hit the electric vehicle market next year is this six-seater car that’s being put into mass production by a South African company called Optimal Energy. It’s the company’s first car so we’ll have to see how it turns out. It’s said to be a fast one – getting up to speeds nearly as fast as the Tesla Roadster – and it’s supposed to last for about two hundred miles before needing to be recharged. This is a really strong example of how much electric vehicles have changed and developed in recent years. 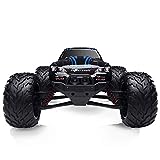