Mountain Biking in the Table Mountain

This afternoon I rode the mountain bike to the Table Mountain. The steep slope made me tired in the middle of the way. I had to take a rest before continuing my cycling tour around the Table Mountain. I could finish the trip in around 3 hours. As a matter of fact, I could make it in 2.5 hours but I stopped in a Dutch family who lived near the mountain and had some conversation about ecotourism. I have always wanted to include mountain bike tour in my efforts in promoting ecotourism in this regency. The problem is that city dwellers in this city are not interested in riding bicycles. If the authorities in the city can release supportive policies that encourage people to ride bicycles, I believe that many people will buy bicycles and ride them to work or to places where they want to go. Such policy can be in the form of providing special track or lane in the city only for bikers. The local government can also buy a large number of bicycles and open several places where tourists and city dwellers can rent them. Places such as pasir putih to bakaro, the Table Mountain and the North Coast that are interesting for ecotourism should have posts or offices where tourists can rent bicycles.

I just bought a mountain bike this week. Its a Cozmic DX 2.0 manufactured by Polygon. Actually what I had wanted to order was Cozmix CX 2.0. The DX 2.0 and CX 2.0 are not the same. The former was made for dirt jump whereas the latter for cross country biking. Well, my cousin whom I had asked to help me buy the bicycle probably misinterpreted my order in the telephone conversation. Well, when the bike arrived I could see that it was also good for morning and afternoon sports.

Mountain biking is good for our health

During my cycling tour around the Table Mountain that is still covered with tropical rainforest, I felt fresh air coming into my lung so, although I was very tired, I was really refreshed by the new biking experience. Before that, I tested the Cozmic DX 2.0 on a morning ride to pasir putih beach. There was no steep slope which I had to overcome but the road leading to the beach was quite far. It was really a fascinating experience for me. The cycling trip to the beach in the morning could improve my health condition. I know that I feel pain in my legs' muscles but this is only temporary effect. When I am used to riding in the coming months, I believe that I will not feel such pain again.

As a matter of fact, riding a mountain bike is quite a new experience for me. My Cozmic DX 2.0 is equipped with Shimano Alivio gear. This high quality gear is powerful in helping experienced bikers climbing steep slope. Because I am still a new beginner in terms of riding a dirt jump bike, while ascending the slope of Amban area, I mistakenly shifted the gear to low one simultaneously. This made the shifting did not occur smoothly. As a result, the chain went off the gear. I had to stopped twice to fix the problem. After that problem, every time I wanted to change the gear, I do it gradually. First the front gear and than the rear one. Well, its a good lesson for a new biker like me. : )

After biking to the beach and around the mountain, I plan to ride my bicycle to the northern coast of Manokwari where I can take a lot of beautiful pictures of the rainforest, the beach and the Papuan people who live in the area. Riding bicycle is now considered as a healthy way to live in this earth. Besides we can maintain our health condition in its optimum level, we have directly fought global warming by reducing the CO2 emission. In Indonesia, more and more people go to work by riding bicycles. This is good for the environment and also for the traffic in the city. If majority of the city dwellers go back to riding bicycles to work, we will not see traffic congestion and we will definitely breath cleaner air. 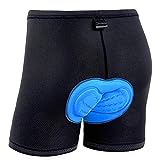