Bike frame material - I have just bought two mountain bikes this week. They cost me around 900 Euros. The first one is Cozmic DX 2.0 (for dirt jump biking activity) and the second one is Celine 3.0 (mountain bike series for women). The DX series are mountain bikes that are manufactured by Polygon for cyclists who use their bikes for dirt jump purposes. Polygon is a bicycle maker from Indonesia. These kind of bikes have light but sturdy frames. From the specifications of the bike, the frame is made of special aluminum alloy ALX 6061 while the front fork is equipped with suspension and was manufactured from magnesium alloy. As a matter of fact, I did not order the DX 2.0. What I actually ordered was CX 2.0, a mountain bike that has been designed for cross country. I was still traveling with a group of Dutch tourists when these bicycles arrived. I had always wanted to ride mountain bike before I ordered the Cozmic DX 2.0 and Celine 3.0. When they were delivered by the shipping company, the wheels and handle bars had been dismantled and put inside two carton boxes.

The Assembly of the Mountain Bike

I had to take them out one by one and assemble each bike manually. Fortunately because of my technical background, I could easily do it without any difficulties. The only problem that I faced while assembling the mountain bikes was the lack of tools. Mountain bike has a number of parts that are supplied or manufactured by different bike suppliers. From the tires to the saddle and from the chain ring to the cassette sprockets the manufacturers are different. Polygon assembled them together to form a light but sturdy bicycle that is suitable for an extreme dirt jump condition. So, one complete set of this mountain bike is the result of cooperation among Japanese, Italian and Indonesian bike companies. "It's wonderful," I think.

When the assembling stage was finished, I checked the tyres of both bicycles. They were 26 x 2.30 Kenda tyres. I found that all of them were not fully inflated. If I rode the Coxmic DX 2.0 and Celine 3.0, I would not reach optimum speed. So, I decided to ride one by one to motorcycle service station around 400 meters from my house. There I have bike tyres inflated by the serviceman. The cost for inflating four tyres of these mountain bikes was two thousand rupiahs or around 22 cents US dollars.

Although there was heavy rain that afternoon, I tested each bike. I was very happy because all the parts were working properly. For my Cozmic DX 2.0, a complete set of mountain bike consists of parts that are produced by several different bike manufacturers. The headset and head tube was made by Ritchey. The disc brakes were 160 mm Tektro Aquila; the gears or also called rear and front derailleur were manufactured Shimano Alivio. I think they are Japanese products. The stand of the bike was made in Taiwan. This dirt jump series has been specifically designed by Polygon for cyclists or bikers who are physically active. Dirt jump is an extreme sport. Therefore, Polygon deliberately use bike parts whose quality is high to meet the demand for a safe mountain bike. Polygon as an Indonesian manufacturer realizes that it cannot produce all of the parts of the bicycles that it makes. So, synergistic cooperation with other bike manufacturers is very important in delivering high quality products to the market.

Here are the specifications of Polygon Cozmic DX 2.0 dirt jump bike that I got from the official website of the manufacturer;

Riding bicycles is now a favorite hobby of millions of people around the world. Besides it is good for our health, it is more friendly to the environment. By riding bicycles we can reduce the CO2 emission and automatically fight global warming. I plan to introduce mountain bike tour through the tropical rainforest of the Table Mountain and the North Coast of Manokwari to tourists who want to see the open nature in a more relax way that is not harmful to the environment. The tradition of riding bicycles in Indonesia was first introduced by the Dutch. Although more people now ride motocycles and drive cars, such tradition has never been abandoned. The number of people who go to work by bicycles is increasing from year to year. I hope that one day, bicycles will dominate the roads and streets of towns and cities in Indonesia again. 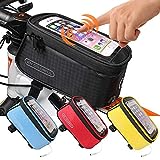