For my eldest son, we are fortunate to live near Mosport International Speedway near Clarington, Ontario Canada. Through connections of a close friend, my son was able to participate in the experience of a lifetime as part of the pit crew for a visiting organization, Rusty Wallace Racing Experience. As a 17 year old boy, cars are his passion and in his own words, "This was my dream job!" For a boy who gets out of bed by noon if we are lucky, Connor, who was also completing an on-line academic grade 11 math course at the time, got up at 6am every morning to catch a ride into work with my husband. He worked 8 to 12 hour days in extreme heat but came home always with a huge grin on his face. He changed tires, pumped gas and helped the participants, getting the race driving experience of their lifetime, into and out of the cars. He worked with stock cars and formula one racers. It was his experience at Mosport that prompted me to investigate the history of this sport. As well, I recently finished the novel by Kathy Reichs, Flash and Bones, which revolves around the world of NASCAR racing and the historical tidbits provided linking development of car racing with moonshine running piqued my interest.

"Moonshiners put more time, energy, thought, and love into their cars than any racer ever will. Lose on the track, and you go home. Lose with a load of whiskey, and you go to jail." – Junior Johnson, NASCAR legend, and one time whiskey runner.

Moonshining finds its historical roots in the Scottish Highlands. Farmers there would use their excess grains such as corn to ferment into liquor. Fleeing high taxation on their 'whiskey' many fled to America bringing with them the art of 'moonshining'.

Moonshine and NASCAR history intertwined in the backroads of Wilkesboro, North Carolina.

Driving with the Devil: Southern Moonshine, Detroit Wheels, and the Birth of NASCAR
Buy Now

When Junior Johnson was asked, 'Why moonshine?'

"It was a good life, very exciting and fun to be a part of," Johnson said. "We didn't do anything to hurt anyone, we just didn't want to pay taxes on the alcohol, and we wouldn't make any money."¹

"Johnston was known for his 'bootlegger turn,' where he would avoid roadblocks by jerking the wheel to one side and mashing the gas to spin the car 180 degrees and take off in the other direction."¹

Areas of Interest to NASCAR Enthusiasts 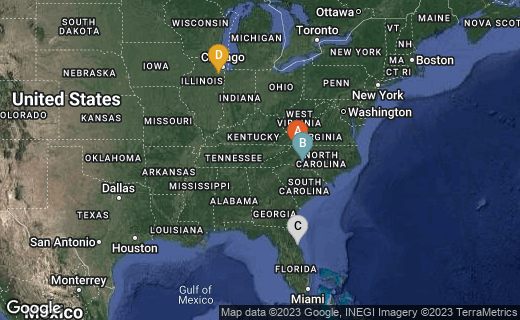 A lot of NASCAR racers set up shop in Charlotte, NC.

The Birth of NASCAR

"France wanted an organization that would sanction and promote races, bring uniformity to race procedures plus technical rules. He wanted an association that would oversee a membership benefit and insurance fund, and one that would promise to pay postseason awards, and crown a single national champion using a clearly defined points system."²

Test Your Knowledge of NASCAR