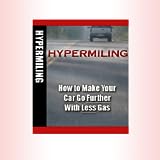 Choosing the right SUV for your environment

You want to be responsible concerning the environment and over-consumption and all of that but you also have to admit that you kind of just want to live the way that you want to live. In terms of your car, that means that you want the benefits of owning an SUV but you're aware of the fact that they can be bad on the gas mileage which is bad for the environment and even worse for your pocketbook. So, which SUVs can you get that have decent gas mileage and let you drive them relatively guilt-free?

First of all, you should realize that you're going to have to compromise a little bit to get a good gas mileage SUV. You just can't go getting the biggest thing on the block because it's going to be a gas guzzler no matter which way you want to look at it. So, if you're in the market for a new SUV and you're trying to be responsible about it, head towards the part of the lot that's got the small and mid-size SUV's, not the big rigs.

According to ConsumerSearch.com, one of the best SUV's that you can get in terms of overall quality and decent gas mileage is the Honda Pilot which averages about 20 mpg between highway and city driving. That's about the range that you want to be looking at when you're on the lot checking the mpg of the different SUV's that are available this year. Just above 20 mpg for highway driving and just below it for in-the-city tends to be the mark of a good gas mileage SUV. Doing a little bit better than that is the Subaru Forester which can get up to 28 mpg on the highway and stays above 20 mpg even in the city.

Of course, these numbers only apply if you're looking into the average standard SUV. If you've got the bucks and the interest to think about buying a Hybrid SUV, you can do a bit better on the gas mileage. FuelEconomy.gov gives some numbers on the 2007 Hybrid SUVs, showing us that the average mpg on these cars is around 30 mpg. What this means in terms of your own pocket is that it'll currently cost you about $40 to fill up one of these babies and you'll be able to drive over 400 miles before filling up again.