The Beauty of the Trabant

The Trabant has been one of the most beloved cars to come out of the former Soviet bloc, if not the most loved. The noisy 2 stroke engine and the masses of pure black exhaust that the little car produced still brings about nostalgia amongst many people in the former Eastern Bloc nations.

Although Trabant was designed and made in the former East Germany, where creative innovation was mostly frowned upon, the little Trabant's looks and design are more unique than any "new and improved" super cars of today. In fact, all modern cars seem to look identical, there being hardly any with a trademark look. The Trabant can easily be identified not only by its look, but also by its sound.

The body of the Trabant was made of a fiberglass like material that did not rust, making 30-40 year old cars look like new even today. The small fins on the back and the trademark round headlights give the car a friendly appearance. I have yet to meet anyone who said they outright hated Trabant. 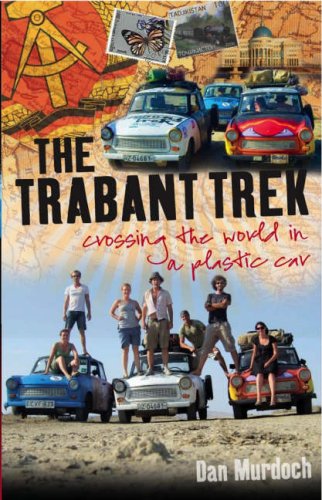 There are many Trabant clubs throughout Europe nowadays. Many of these cars are now pimped out with strong motors and spoilers and take part in races and rallies. This is still a car that can be fixed simply by using some wire and a paperclip, unlike the computerized beasts of today which require an IT expert instead of a mechanic.

So, if you even have the chance to sit in one of these gems, the opportunity should not be missed. The ride might be bumpy, noisy and smelly, but it will be memorable. Also, we shouldn't forget that during communism consumers had to wait for years to get one of these cars as demand greatly outstripped production speeds for all cars manufactured in the Bloc. One was much prouder and happier to finally get a Trabant, or Skoda, or Lada, or Wartburg (if not necessarily in the color they asked for) than most people are now with a super charged engine that can be bought at any time.

The Trabant was not the only classic car to come out of communist countries. Let's stay with East Germany first. Another car from this country was the Wartburg. Although this car did not have the unique look of a Trabant it was bigger and better for families. Wartburg's also spewed out the black exhaust of a Trabant, but at least you had more leg space in which to inhale the fumes.

A main feature of the Wartburg was the grill that was available on some models, such as the one above. This was available on the "De Luxe" model. It must be noted that "De Luxe" Wartburgs had the same engine as a normal one. Only the body looked different. In a communist society where everyone was supposedly equal and everyone made the same amount of money, manufacturers and designers couldn't go overboard with new models in order to avoid social tensions in a "classless" society.

The Skoda is still around today and is owned by Volkswagen and is manufactured in the Czech Republic. The Skoda we are interested in is from communist times, and was from the former Czechoslovakia. This didn't look much different from a Wartburg, but was much more sought after die to its better construction and stronger engines.

The Moskvich was also a popular Soviet car. This is one of my personal favorites. You can still see many driving around the former Soviet Bloc with normal hand done paint jobs done with a paint brush. A favorite for this car was also what I like to call a shade of "communist green", as seen below.

The last sedan I'll be dealing with is the Soviet Lada. This was also much sought after throughout the communist bloc because of the toughness of its construction. It was built to handle the notoriously bad Soviet roads and could thus take a lot of abuse. In fact, there are still many Lada's in Cuba. These are probably the most modern cars in the country as they were imported in the 1970s and 1980s, which is still 20 odd years newer than the American old-timers many Cubans still drive.

Another Soviet car is the UAZ, which was mainly used by the military and with plumbers and construction workers. These were also built to last. Although they look like Twinkies on wheels, they are a lot stronger.

Finally, we come to arguably the cutest car in my list: The Polski Fiat. This was a car manufactured on a license from Fiat of Italy. The Polish version was very popular as it was cheaper than most others simply because of its very small size. The engine is in the back. During summer there were Polski Fiat's pulled over on the shoulder of roads all over the region with the back hood up to cool the engine, which easily overheated. Just fitting into the car was a challenge in itself, especially for larger people. Despite all this, these cars are still seen on the roads throughout the former Soviet bloc, although less and less commonly. These cars will all hopefully end up in museums throughout the region. They were meant to be "people's" cars, and that they were.