Economic Growth Areas of the USA

Forbes.com analysts have reported a list of Top 10 Richest Places in America, based on census and BLS figures. This list has been interesting to review in light of the large number of tourist and historical attractions surrounding them, as well as the local job opportunities.

Job seekers today may not be able to afford to live in the absolutely richest places in our country, but they may find some more affordable housing and some employment possibilities they may not otherwise have considered.

A major point is that a rich city, town, or neighborhood/planned community is located in a particular place for a set of reasons, usually privacy, enjoyable things to do in the area, long-range real estate development, and economic growth in the community.

It is the last item that can provide an incubator for new job listings and new lines of work created in new industries. The presence of research universities, colleges, and hospitals boosts that possibility, often in combination with local businesses that work to develop new products and services. 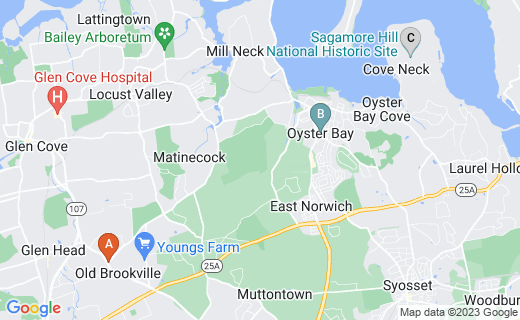 Brookville and the surrounding area are known as Long Island's Gold Coast, once roamed by pirates.

The reviews listed below may help job seekers begin to find work. In fact, I hear from people every week that have found jobs; but we still have a large pool of unemployed or underemployed individuals in America.

Some of the unemployed may find that they need to move to a new location to find employment. Others may be looking for high-wage union employment, which may not be available; and political conflicts surrounding the phenomenon of labor unions and related legislation seem to be rising in the 2010s.

The Forbes.com list mentioned here comprises one set of places that may point job seekers toward successful employment. Further below, we find another set of cities and towns recommended by Bloomberg BusinessWeek.

Bloomberg BusinessWeek used data gathered from 2000 - 2012 and analyzed by an outfit in Little Rock, Arkansas called the Gadberry Group to come up with their determinations of the 25 Wealthiest Towns in the USA.

The variables used to rank the Top 25 included two: average net income and average net worth of each town's residents. The time frame, interestingly, includes the Great Recession of 2008 - 2010.

New York's Village of Brookville is a community within the town borders of Oyster Bay in Nassau County.

Brookville NY is located near other communities listed on both the Forbes.com and the BusinessWeek magazine lists of richest places in the USA.

BusiessWeek reported an average income for local residents in 2008 of over $328,00 and an average net worth of over $1.6 Million.

Moreover, an increase in average income of 7% was reported between the years 2000 and 2008 for each local resident and additional increases annually to the present occurred as well..

From 2015 - 2017, the average value of homes for sale locally was $2,110,000 by my calculations from aggregated public listings on Zillow, Trulia, and local newspaper listings.

Twenty miles away from NYC, it is the home of the C.W. Post Campus of the Long Island University. C.W. Post is one of the famous ex-patients of Dr. Kellogg at the Kellogg Institute in Battle Creek, Michigan. After working in the kitchen of the odd health clinic, Post left the institute and it's sometimes tortuous treatments in favor of his own breakfast foods company.

The land that is now his namesake campus was the estate of his daughter in he 1920s. When the land became the foundation for this campus, it was named in his honor.

This campus is located near the New York Institute of Technology, Steklow Gardens, and the US Polo Foundation and Tennis Courts in an inviting green space area.

Brookville and the surrounding area are known as Long Island's Gold Coast, once roamed by pirates, as was Baltimore, Maryland I first heard of this gold coast in high school during studies of F. Scott Fitzgerald's The Great Gatsby.

Today, it is a popular destination for visiting the mansion of the 19th Century and enjoying the architecture of these past celebrity homes. Among the richest people in he US lived here. Some resemble castles and several have been used in film footage.

Certain mansions are open to the public, while others remain private homes, a third category comprising ruins left of other mansions from around the 1890s to nearly 1940. A website dedicated to the mansions of Long Island is offered below. A video of many of the mansions is also offered, with parts II and III available at the end of Part I. 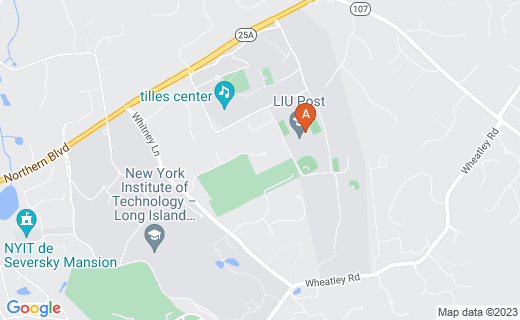 The C.W. Post Campus provides continuing education in addition to a range of academic degrees. It is also a research campus, specializing in many of the important issues of the day. Recent projects include preservation of the local woodlands, the migration of the Terrapin turtle, kidney disease and nitrition, and one of my favorites: prevention techniques against cyberbullying.

The university also maintains a number of Institutes and dedicated Centers involved in aging, all aspects of Korea, literacy, the English language, the arts, business, and several others.