The Greater Green Bay Area is among the Top 25 Best Medium-Sized Cities for new jobs openings and potential new and expanded businesses in America, determined by US News and World Reports and Forbes Magazine during the 2010s.

A major metropolitan area in the Northeast Central United States, the opportunities for success are so abundant, that one of the Top 10 Hot Jobs in the region is that of Personal Financial Advisor.

This occupational title works with clients to build personal investment portfolios that include Life Insurance Options, Stocks, Securities, College Savings Investments, Retirement Income Investments, Annuities, Estates, Trusts, and many others. These may include a number of banking and financial products, including loans, CDs, high yield savings, etc. 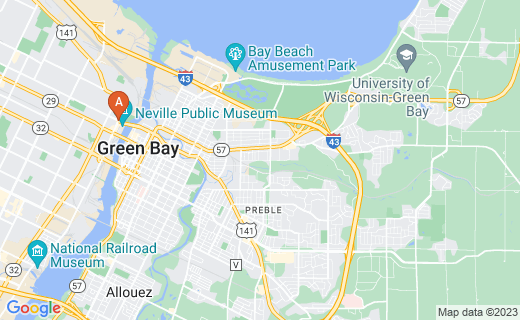 Occupations related to the Financial Advisor are also showing increased numbers of job openings and expansion through at least 2016 in the Green Bay Area. Since inflation is an ongoing phenomenon that raises prices and costs and because the American people are generally living longer in the 21st century than in previous years, personal financial portfolios needs to generate larger amounts of income for longer periods of time.

Overshadowing Financial Advisors, Network Systems and Data Communications Analysts take the Number One spot on the Top 10 Hot Jobs List, with Computer Software Applications Engineers taking the #4 position in the list. These two IT Occupations are expanding rapidly, presenting the perfect opportunities for Young Professionals and Mid-Career Professionals.

These two jobs titles, along with their IT support techs and related jobs are attached to nearly every other job title, Industry and Business in America and especially in the Green Bay Area. These positions serve the Financial Advisors and all the rest of the Top 10 and Top 20 fast-growing jobs in the regions, but all the entire list of high demand, fast-growth occupations.

Note: Healthcare and Medical positions, including Animal Medicine, will continue to increase through at least the year 2100, because of the numbers of people in America in the Millennial Generation that take the place of the Boomer Generation through then end of the 21st century.

The cycle is likely to continue with individuals born from circa 2015 - 2035, taking the health and medical need throughout the 21st century and into the 22nd.

Wisconsin was the first US State in the nation around the end of the 20th century to attempt to eradicate "welfare" or the Public Assistance benefits comprised of monthly checks, Food Stamps, Medicaid cards, Emergency Assistance, and the rest of the usual menu of benefits and services.

That state has been the most successful of the states to reduce welfare roles, due to radical actions and bipartisan cooperation.

Since that time, Wisconsin has worked hard to keep people working at a living wage and covered by insurance. It must be recalled here, that America's long-term public assistance recipients on Welfare-to-Work tracks suffered from an average of four (4) Severe Mental Disorders (SMDs) at the time of Welfare Reform in the late 1990s - early 2000s. This included much substance/alcohol involvement and domestic violence --

It takes a concerted effort by a large team of Behavioral, Medical, Social Services, Government, and IT Professionals to make a non-welfare culture this happen. Some historians point to world history and announce that the disadvantaged populations globally have always existed and will always continue to exist - but as out-castes and slaves, undocumented immigrants, and others.

They say that these individuals are needed to make any economy succeed, so that even a few people can make a living wage and even fortunes. Wisconsin seeks to prove them incorrect.

Succeeding as they go, the Workforce teams of the state have and will continue to produce new jobs, helped out by increasing needs for health and medical personnel, as well as IT professionals.

Because early 20th century "poor houses", and public relief became the infamous "US Welfare System" that helped many people but was also taken advantage of by others through the end of the century and into the next, it seems that a support system for people - American born populations, as well an immigrants and refuges - that need some help and coaching in order to overcome life's difficulties, maintain stability, and make a living - is on ongoing order for American Workforce Development and new jobs.

Meanwhile, Wisconsin has dramatically reduced welfare roles, while offering the ninth highest level in the nation in public assistance benefits, a basic monthly check for a family of three at $517.00, Assistance includes aggressive job training and placement.

The Next 10 Hot Jobs in This Region

What is A Skin Care Specialist?

The University of Wisconsin, Green Bay is heavily involved in expanding the renewable energy industry and providing green collar jobs to people in the Green Bay Area.

Northeast Wisconsin Technical College in Green Bay is also involved in renewable energy projects, including the one pictured to the right - a join project with the local Botanical Gardens.

Both of these institutions are providing ways for area employers to increase the numbers of green collar jobs available.