Confusion of the wording of the US Constitution

Hidden from View But Not From Fact: The United States: A Monopoly Corporation as an Imperialist Monetarist Empire

To understand something, we have to look at the beginnings of it. It is not enough to look at how it functions in the current period. This idea applies to many realities and among them is the birth of a new nation that is called the United States of America. Today we see the USA dominating world policy and involved in several imperialist wars, such as Iraq, Afghanistan, increasingly in Pakistan and an ideological war against N. Korea and Iran as well as an embargo against Cuba. The US was instrumental in directing central and south American policies in the 20th century that began before the Cuban Revolution. This is recent history, but the recent is stamped from that of the beginning. The history of the US lies in the European invasion and conquest of the First Nations, the wars that were fought as well as the engineered famines, germ warfare and the total genocide of whole peoples. The period of the 1776 Revolution is particularly bloody, as there was war projected from Europe, war against various First Nations and a complete separation from the imperialism of Britain. By the time of 1789, the French were in full retreat due to the French Revolution in Europe. The newly formed 13 colonies of the USA born of disaffected British colonists were in a race against Spain for territory and this was an unparalleled catastrophe for all of the First Nations. The US was founded on two ideas that are laid out in the Constitution and the Bill of Rights. It was supposedly founded as a democratic republic, but that democracy was not extended to conquered nations such as the First Nations, particularly any who fought on the side of the British and French or against the 13 colonies. Democracy was not extended to anyone taken in slavery or who was a felon, particularly that felon that was an identified war criminal that sided with the British, the French, the Spanish or the First Nations.

The Declaration of Independence ensued after a war began with Britain over a multitude of causes in the preceding years such as, Taxation without representation, the Sugar Act, the Currency Act, the Quartering Act, the Stamp Act of 1765, the Townshend Act of 1767, the Tea Act of 1773 and several British acts that came to be known collectively as the Intolerable Acts of 1774. The colonists of the 13 colonies hated the British elitism without representation. Britain was after all, a long way over sea and it took months to communicate back and forth by ship. Out of this arose from a number of the colonial states, the Declaration of Independence of July 4th, 1776. It was intended to bring an end to unfair taxation and elitism. Britain responded by engaging in a long distance war with the colonies, beginning with the Long Island War of 1777. The British, though active in slavery herself, even attempted to start slave insurrections in the colonies to help in their war cause. There is no doubt that they recruited First Nations, such as the Iroquois Confederacy, to fight the 13 colonies and even rewarded them with a large reserve in Canada, which is still a British protectorate. British warships were present in the Civil War and plied their murderous business in the Gulf of Mexico and up the Mississippi River.

The next tumultuous period for the US was the period of expansionism as the original 13 colonies started expanding first toward the Mississippi and then to the west. That period began in the late 18th century and much of the 19th, reached its most intense during the era of “Indian Removal” and the Civil War from 1830 through 1870. At the same time, the British resented the loss of their imperialist colony and sought to reassert their dominance. The rich bankers had a vested interest as a lot of profitable trade was now out of their direct control. People of that time, such as the Rothschild family that was already wealthy wanted even more. The Rothschild clan in history managed to gain significantly during the Wellington-Napoleonic war, multiplying their wealth dozens of times over. They had family members involved in every substantial European country and some influence in the US. The Rothschild through clever manipulation of the market, wound up in direct control of the fate of nations and ran the British imperialism from behind the English throne through the influence of vast wealth. They brokered wars to the end of making more wealth. Their influence in the US was to assert itself at the end of the Civil War when the US was in dire financial straights and that influence changed the form of the republic in 1871. In one contentious point, the Constitution for the United States of America was slightly reworded to the Constitution of the United States of America. Though the change of the single word from “for” to “of” seems insignificant, in legal terms it makes all the difference in the world. The pre-1871 form means that the constitution is for something; that is, the citizens of the colonies. The 1871 and thereafter form means that the constitution is of something; that is, a directive of an organization, in this reformed case, a centralized corporation. From that point on, the US, centred in Washington in the District of Columbia, became a private for profit corporation. This was to have profound significance for everything and everyone else. The trade off was that the Constitution and Bill of Rights now applied to the corporation as an individual, but not to the citizens of the newly defined corporation. In a stroke of a pen in February 21st, 1871, the subjects of the post revolutionary USA went from being free citizens to property owned by the corporation of the USA. However, the republic was sold on the idea of civil rights for the common people. Actual history has demonstrated repeatedly that there was very little substance to civil rights and the concept of democracy. The fact of this change of the political direction of the republic in 1871 due to financial pressures applied from Britain, is detailed by those who looked past the propaganda, false flags and into the documents of change to find the truth as it evolved and exists now. Today, the corporation called the United States of America runs on a monetarist policy as it extends its imperialist designs on the planet and every person alive. As the power that inherited the technological might of WWII, the US became the hired bully of the world's wealthiest elite and projected its power according to the wishes of its real bosses both at home and off-shore. However, the US is only one part of the wider plutocrat's policy of a united monetarist policy extended to the entire globe. The US evolved to become the armed police state and security operative that projected that activity to virtually every hot spot on the globe that developed over the last century.

But the change in February 21, 1871 is not the seminal change of US capitalism as we have come to know it today. It was in fact a hostile takeover bid from Europe to gain back what had been lost in the 1776 revolt that cut Britain off from its profitable colony in the new world. The difficulty in the years up to 1776 was the gouging attitude the British monarchy via the banks took to the 13 colonies, which ended in open revolution in the new world. The deal was brokered in British banks that put pressure on the US after the Civil War that forced the now bankrupt US bourgeois revolution to capitulate to the wishes of world aspiring oligarchs, to which the US was to heel again as in past prior to 1776. The changes forced in 1871 were a step to later events as they were to unfold. Capitalism's real corruption commenced with the start of WWI in 1914, in which the US was eventually forced to join and become involved. It is here more than anywhere else where we see the depths of violent depravity to which the capitalist system began to sink in order to turn a profit with the destruction of whole countries and working populations and the cold blooded murder of millions in the European trenches. Out of 1914 was born the Russian Revolution of 1917 in response to massive war crimes that lead to the birth of the first real worker's state, though that would also be deformed after 1924, again from external pressures and secretive inside deal making with Stalin in the fledgling worker's state. Behind it all is the secretive working of the super wealthy doing whatever they can to corrupt everything toward their profitable end.

The politics of today is grounded in two seminal events in the US that are now in contradiction. These are the Declaration of Independence and the Constitution for the United States of America of July 4th, 1776 and the Constitution of the United States of America reformed from the former in February 21, 1871 according to the Acts of the Forty-First Congress, Section 34, Session III, chapters 61 and 62.

Washington DC, A Place of History 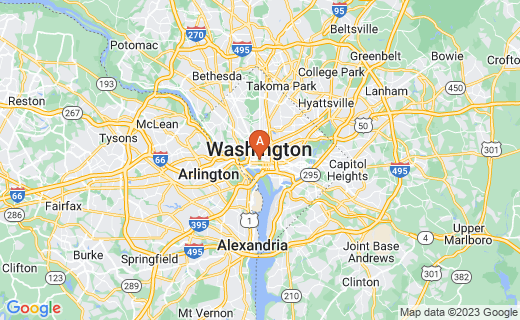 This region is the focus of a lot of historical changes in the United States of America.

The USA in History and Now

More information on the US Constitutions 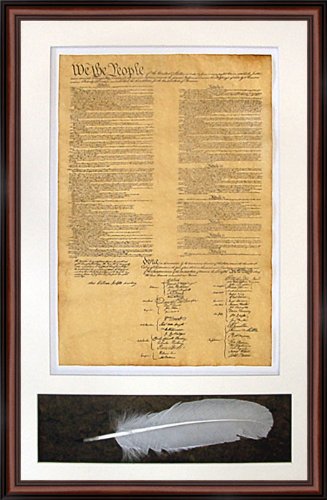