Office Gossip – How to deal with rumors in the office?

Top 5 tips to deal with rumor mill at work

Gossip in the office can be worse than gossip at school or university because you just can't afford to get annoyed and ask every shut the f*** up. Unless of course, you're the boss.

Nasty comments, nasty rumors and nasty gossip can hurt your professional life and can be a blow to your career. Are you fighting a lost battle with the gossip grapevine in the office? Here are some best ways you can deal with gossip at work.

1) Know which battle to pick. In your professional life, you will be faced with many battles when it comes to gossip and rumor at office. Ask yourself before giving the current situation a thought – Is this battle worth fighting for?

Example: Katy can handle quite a few drinks.

How to deal with this office rumor: Say nothing. So what if you can handle more drinks?

2) Don't fuel office rumors by giving explanations. Sometimes when you hear a rumor about yourself, it is best to react "Did you really hear that? From whom?" Stop here. You don't owe an explanation to anyone. You will only add fuel to fire.

Example: Katy went out for a coffee with the boss.

How to deal with this office rumor: Ask, "Who said that?" That's it. No explanations required here.

The No Gossip Zone: A No-Nonsense Guide to a Healthy, High-Performing Work Environment
Buy Now

Funny video about gossip at work

3) Counteract office rumor with rumor. Confused? Don't be. Sometimes rumors can work in your favor. If you think that a rumor can support your cause, fuel it!

Example: Katy is a b**** when it comes to closed door meetings. She gets really nasty if somebody messes up.

How to deal with this office rumor: Say, "Well….people should know how to do their jobs, aye?" This will only reaffirm the fact that you don't appreciate it when people do sloppy work in the office.

4) Laugh it off. Time after time, you will hear gossip and rumors about yourself in the office that you may not like. In fact, they may boil your blood. Sometimes, the best solution is to laugh it off. Your nonchalant attitude and mockery towards to rumor will be insulting for the person in the office who is responsible for spreading it.

Example: Katy had to take the client out for many dinners before she got the deal done. I could have done a better job.

How to deal with this office rumor: Say, "Haha (loudly!), she's kidding herself" Believe me, the person responsible for this rumor will get to know that you laughed at him/her, adding to the insult! 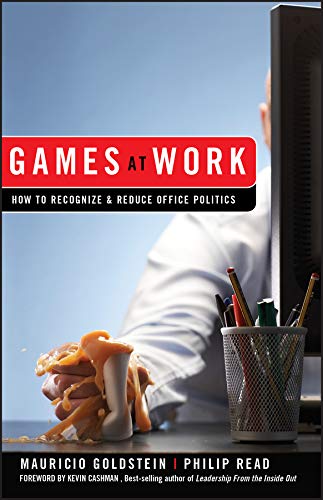 Games At Work: How to Recognize and Reduce Office Politics
Buy Now

Example: Katy sleeps around to get promoted.

How to deal with this office rumor: Find out who is responsible for spreading the rumor and confront him/her behind closed doors. If it was John, say, "John I will not tolerate such nasty rumors. If you fuel such gossips again, I will report you for harassment" Watch John mellow down like a sheep and run away to his desk.

Be armed with these tips to combat office rumor. And be intelligent while you use them to make sure you're using the right tip at the right time!

And if you've got more tips and arsenal to combat the rumor mill in the office, post your comments so our friends in the corporate world are better armed.

This is what happens if you gossip at work