Sustainable Development in the Marketplace

Jackson, Mississippi is much different from the rest of the USA in that on its Top 20 List of High Demand or Fast-Growth Jobs appears the title Compensation and Benefits, Jobs Analysts.

That job title is associated with workers and more specifically, compensation packages, insurance, retirement, and several other elements. Why is a job-related occupation increasing?

This presence on a high demand job list is a hallmark of a job title required by an economy that is not only low in unemployment ratings and thus needing workers, but also high in job and business growth. Because of good economic planning for development in a five-county area, Jackson is also poised to continue high growth and expansive business and economic development for decades.

All this makes the Greater Jackson Area a good place to live and grow in one's career or business ownership. Jackson, Mississippi is recognized as one of the best 25 Medium-Sized American Cities for New Jobs and Business Growth in the 21st century.

The metropolitan area of Jackson-Yazoo City and five contiguous counties is home to over 570,000 people, while Jackson itself supports over 150,000 residents.

Urban renovation and reconstruction, including sustainability-encompassing facilities, are predominant infrastructure trends set to continue through several decades of development in the 21st century. Accordingly, the occupational title of Environmental Engineer is Number Two on the Top 10 Hot Jobs list for this region of the state.

Not only do county and city workforce projections substantiate this projection in environmental engineering, but job listings on a number of job boards also support it. 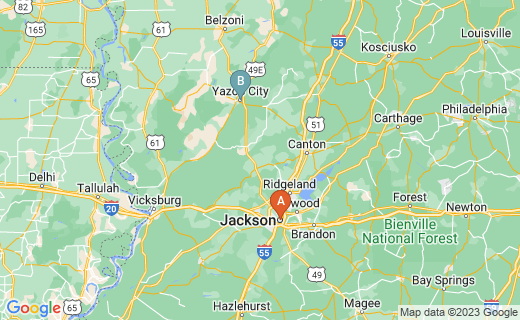 Information Technology (IT) jobs are not the only occupations booming in the Greater Jackson Area. Health and Medical jobs are available by the thousands and Environmental Engineers and Engineering Technicians are in high demand.

Interestingly, Broadcast News Analysts are in the Top 10 Hot Jobs list in this market area. This is an occupation not seen on many lists of high demand jobs around the country, but people in this marketplace show great interest in local and national news, especially in election years like 2016, 2018 and 2020.

Highest demand jobs include the following:

An additional 10 high growth occupations in the Jackson area include the following:

Education is a top industry in this group of high demand jobs. Because of the job growth in this region, Compensation & Benefits/Job Analysts are in high demand. IT and legal techs are assured of abundant job openings.

Idaho Forest Group officially announced its plans to build Lumberton’s (Jackson area) first new sawmill since the 1920s.“This is the first green-field mill that we’ve built...,” said Marc Brinkmeyer, owner and CEO. Brinkmeyer said the facility will produce a variety of wood products and create up to 135 jobs.

The Choctaw Nation in and near Jackson originally flattened the skulls of their male infants. Sports were very important to Choctaw culture, and their most favored sport was lacrosse. The Choctaws used lacrosse to settle many disputes, rather than going to war with rival nations. However, the matches included biting, striking, stomping, and gouging; and deaths sometimes occurred.

Choctaws bred their own horses and cattle, contributing to area agriculture, but were forced west to Oklahoma by President Andrew Jackson in 1830. However, there is still an official Mississippi Band of Choctaw Indians.

Choctaw economy is based in agriculture, manufacturing, service, retail, and tourism, including gaming and shopping malls. The Band employees over 8,000 people, 65% of them non-native, and experience new job openings every year.

The Chickasaw Nation's name means "to leave." They warred intermittently with the Choctaw Nation and absorbed African and African American slaves into their tribe. They were all removed to Oklahoma after the Choctaws were forced west, under the Indian Removal Laws of Andrew Jackson's Presidential Administration..

Many sports teams play in this area and often list job openings in local newspapers and on job boards like Indeed.com and Simplyhired.com: