Through my accumulated job listing databases and workforce development contacts, I have found increasing numbers of jobs in Brevard County in:

The federal and local governments as well as contractors and various commercial concerns are serious about advancing the role of space flight in America's future. New businesses and jobs are emerging based on this intent.

The cities and towns of Brevard County are good for all stages of life and work and are near historic Cape Canaveral and the US Space Program. Private company SpaceX has been using the Apollo 11 launch pad successfully and built a spaceport near Brownsville, Texas across the Gulf of Mexico. 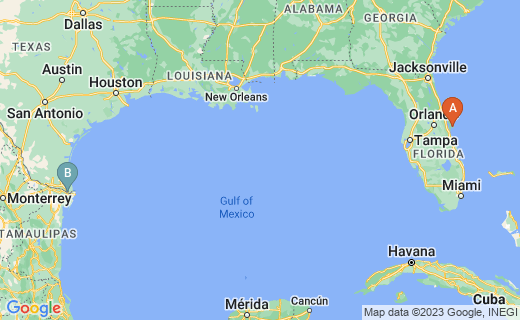 Jobs Expected to Increase Through 2024

Stimulus Jobs and Recovery - The Move to Florida

When the US Congress passed the American Recovery and Reinvestment Act of 2009, it awarded funding to US states and counties, in including Brevard County, for a variety of purposes.

Economic Stimulus money found its way to Florida and Brevard County and interestingly, enough Ohioans have moved to Florida to reduce the number of US congressional seats warranted in Ohio in 2011. Migrants are not all retirees, either, but a large proportion are mid-careerists and younger families or individuals. This movement to Florida is true even though Ohio operates and expands its own Space Corridor in the southwest wedge of the state from Cincinnati to through West Chester, Dayton, Fairborn, and the cities in between. Brevard County is growing space-age jobs faster than Ohio.

Ohio operates the Ohio Space Corridor in the entire southwestern wedge of the state, but many Ohioans have chosen the private and public sector aerospace manufacturing and IT jobs in Florida. Overlayed upon this corridor is the Dayton-Fairborn Aviation HIstory Trail, marking the history of aviation and aerospace flight in Ohio and supporting businesses from the very beginning of the 20th Century. Still, space-age jobs call job seekers from Ohio to Florida and other southern points.

Because of the uptick in Medical Tourism in Florida and other states known for travel and retirement living, the rise of Concierge Medicine in Brevard County is adding to the local economy. It is pursuring Aerospace in its contribution to that economy with the growth of Healthcare overall in Brevard cities and towns.

This is a system in which a family or individual pays an up front access fee for continuing physician access, many reporting the fee to be $1500 per year ($125/month). In return, physicians are able to spend more time with patients and report offering better care. Concierge Medicine is joined by increases in Cosmetic Surgery, hair removal and other skin care services like laser care, and related medical and quasi-medical businesses in Brevard County.

In addition to the medical services above that can be termed "luxury medicine", Brevard County also operates a walk-in clinic with reasonable fees and discounts:

Space Coast Area Transit or SCAT provides some of the best transportation and programs on the Eastern Seaboard, increasing the mobility of the population, including youth. If youth work and ride a bike, they can use SCAT free-of-charge when they show their Brevard County Library Card.

This saves time and money from a young person's budget and schedule. It also saves the environment by providing easily affordable mass transit all through the summer months, up to the beginning of the school year. Using the library card for transportation remind students to keep reading during summer months in order to prevent learning loss and to experience the fun and excitement of good reading materials, from graphic novels to classics.

All Brevard County students from all school systems can ride their bikes to a bus stop, load bikes on the bike rack at the front of the bus, and retrieve it when they get off at their destination. Even surfboards can be stowed if enough space is available.Students can bus to the beach with their boards and back again, rather than to stay in the house or roam the streets.

I have another idea - take a mobile library bus to the beach. Students and adults might like to read something while they are having refreshments between water activities throughout the year.