A Best City - Economy and People

Kansas City, Missouri has been rated as the Number One Best City in the US for Mid-Level Careerists and Mid-Career Professionals.

The US Federal Government reported that in the 4th Quarter of 2007, Missouri as a state enjoyed the 5th lowest cost of living in the country. The largest city in the state, Kansas City straddles four different counties: Cass, Clay, Jackson, and Platte, attracting employees from all four.

Job growth is high in several occupations and industries and the downtown section particularly has been revitalized and renovated.

Arts and culture comprise a consistent focus in the communities in KC and the Crossroads Community offers a Gallery Hop with free food and beverages once monthly. The Power and Light District provides high quality night life and entertainment and The Country Club Plaza is a 14-block area of shopping and dining.

The River Market Historic Area is a revitalized section located on the site of the old Santa Fe Trail gateway. The lands had been the province of three Native American Nations in particular: Kansa, Osage, and Wyandotte; but, as settlers arrived by wagon and by riverboat, a marketplace sprang up. Today, it is a center of residential, dining, entertainment, and shopping venues. 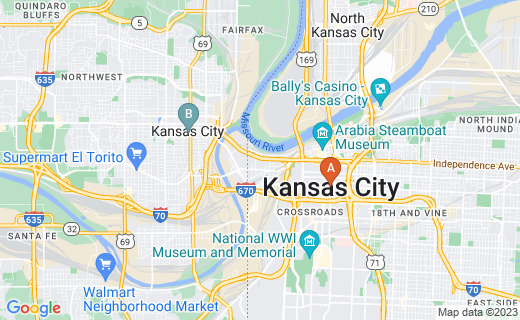 About 12 minutes away from the other side of the city in Kansas.

Registered Nurses (RNs), requiring less than a 4-year college degree, comprise the Number One high demand job in Kansas City. RNs will be needed at a rate of over 150% that needed in the Number Two job of Accountants/Auditors.

In addition to high demand for RNs, Travel Nursing is a most lucrative opportunity, at times even within one's hometown. This occupation is open to LPNs, RNs, and Allied Health Professions and offers a wide range of benefits, including payment of rent or mortgage for form 12 weeks up to one year.

The 18th and Vine Jazz District

The Black Archives of Mid-America at 2033 Vine Street is a tribute to African American excellence in and around Kansas City, especially in the rich district of jazz and the arts at 18th and Vine.

The area around 18th & Vine in downtown Kansas City was the site of the development of Jazz music, especially from the 1930s - 1950s. Charlie "Bird" Parker learned to play saxophone here and became famous.

His instrument is in the nearby American Jazz Museum, along with exhibits commemorating other jazz legends like Count Basie and others that performed in New Orleans as well as Kansas City and St. Louis.

Another interesting place here is the Negro Leagues Baseball Museum. It is a tribute to the players of the Negro League Baseball Players Association. These leagues were successful until 1847, when Jackie Robinson signed to the Brooklyn Dodgers, a formerly all white team.

The Gem Theater Cultural and Performing Arts Center is nearly 100 years old and still used for the performing arts, including drama, dance, and multimedia. 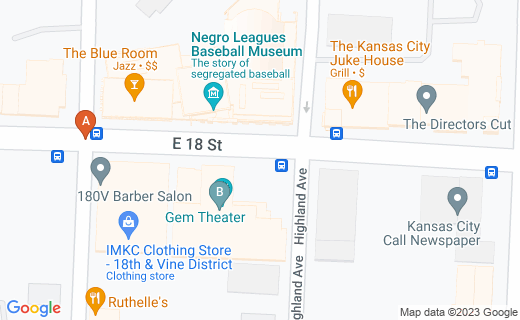 In 1857, the Santa Fe Trail began in the East in Kansas City MO. Today the site of the old stagecoach station is the yard of Santa Fe Bible Church.

Because horses needed water along the Santa Fe Trail, Kansas City provided such water and became known as the City of Fountains in the late 1800s. In 1900, Kansas City leaders built drinking fountains for people as well all around the city's downtown area. Through the 20th century, additional large public water fountains were built and dedicated as memorials to important individuals and groups. Only Rome, Italy now has more city fountains than does Kansas City anywhere in the world.

Education and Training in Kansas City

According to the Newspaper Archives in the Kansas City MO library, the earliest Professional Sports Team in Kansas City, Missouri was the Kansas City Antelopes of 1860 - in Civil War times! Wild Bill Hickok attended their baseball games nearly every Saturday and even umpired once - He wore both his six-shooters as he did so and was paid in two white horses.

Elmwood Cemetery staff in Kansas City, Kansas feel that this happened in Kansas -- a group of men entered the bar where the lawman Bill was and he asked if they were a posse.

Hickok as a lawman in Kansas, Missouri and elsewhere, so either may be the true story.

This baseball team was followed by other Kansas City ball clubs, including the Unions, the Maroons, the Cowboys, and dozens of others. This included the well-known Negro Leagues. Football began in 1924 with the Blues.

Hockey? - 1926 - the Pla-Mores and a succession of other teams that ended in 2005 when the Outlaws went out of business.

Sports Now and Then

In a long-term ongoing project, the Native American communities of Kansas City MO have partnered with those of Oklahoma to communicate with Native troops stationed overseas during peace and wartime.

In a centuries-old old tradition, as a Native Warrior rode away from his family and village to enter a battle, he wore newly made moccasins. These fresh moccasins were endowed with the responsibility to guide his feet safely, either home or into the next life. The National Native Veterans Association of Oklahoma has organized this project and will preserve it for as long as Native Troops are ever stationed outside of North America.

Moccasins for the project are handmade well but inexpensive by artisan volunteers, packaged in red flannel, and sent to Native Troops with the goals of providing at least one pair of moccasins to each person.

Information is available or you can request moccasins be sent to a serviceman or -woman at National Native American Veterans Association, Email : National Office. If you know Canadian First Nations military overseas,, email the NNAVA and ask if they can include them. Donations are accepted.