Best Cities in the Midwest: Papillion

The State of Nebraska experienced one of the lowest unemployment rates in the nation during the fall of 2009 at 4.9%. That of Sarpy County was only half that of the national average in September 2009. The county rate increased to 5.2% in January 2010, but began a consistent decline for seven years, ending at 2.7% in May 2017 and 2.6% in January 2022.

A low unemployment rate indicates that county does not have enough workers to fill the advertised job positions. More workers are needed.

Major contributors to Papillion's economy include:

ConAgra is also the top job poster among all employers in Papillion, offering the most job openings overall. Over 15,000 job openings were advertised for the Papillion area during July-August 2017, increasing to over 19,000 during February 2022. 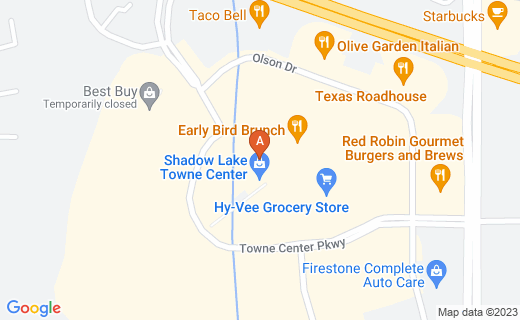 This attraction is popular with local residents and visitors for shopping and entertainment, but it also advertises substantial employment opportunities, especially online. Its retail shops include clothing stores, restaurants, pet stores, and services shops, along with a grocery store and healthcare services. Anchor stores include Gordman's, JC Penney, and Hy-Vee Grocery. 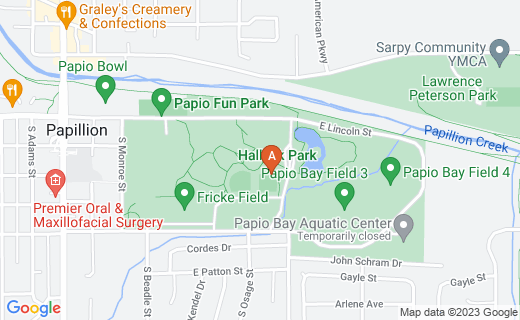 Papillion ("Butterfly" in French) was founded in 1856 and moved to its present site in 1870. City legends hold that the French discovered the land in a valley filled with native flowers and butterflies of many kinds.

Today, the local landscape is full of native wildlife, manicured green spaces, and a sustainability movement that has resulted in hiking trails and fishing places.

Halleck Nature Trail winds through the city center next to the Papio Creek, so the great outdoors is in the revitalized inner city. Two 18-hole golf courses add to the lush landscape of greenways, lakes, and trails. These facilities are listed below:

Because of ongoing urban redevelopment in Papillion, the Downtown area now enjoys the Sumpter Amphi­theater of the perform­ing arts that offers free movies, concerts, wine tastings, and other events. This is in addition to the AAA baseball stadium and its farm team, the Omaha Storm Chasers.

All of these and more improvements draw additional new businesses and residents into the Downtown Papillion area as well as into the rest of the city. This makes the city an even more attractive residential community for nearby Omaha workers.

The Papillion (or Papillon) canine breed was imported from Europe, in which its lineage can be traced back 700 years in France and Spain.

The face of the dog around the ears and side fur resembles a large butterfly, an attractive characteristic that helps breeders in the area sell dogs.

The insect is also honored by appearing on the City Seal of Papillion, Nebraska.

Centuries old, this particular canine breed is also called the Butterfly God, the Pap, and the Continental (the European Continent) Toy Spaniel.

Check all breeders well for humane methods and standard care before purchasing a dog from them. Local breeders in this market include:

Child Safety Promoted in the Community

The city government leaders promote child safety throughout the community, particularly on holidays such as Halloween. Therefore, city officials hold a thoughtful and fun-filled Halloween Safe Night and Fall Festival at the end of October each year. It is well supervised and the children have a lot of fun with their families.

The cost of admission is only one nonperishable food item for two hours of safe fun. The festival also provides free bags of treats, contests, prizes, games, and refreshments. This is truly a community event.

Sponsored by the Mayor's Youth Council, the local Neighborhood Watch, the Papillion-La Vista South Key Club, Papio Creek Church, the local Parks and Recreation Department, the Papillion Police, and Safe Kids of Sarpy and Cass Counties, the festival becomes more popular every year. It helps make the city a good place to live.

Top Companies Listing the Most Jobs