I've learned a lot of lessons during my time in offices, so here are some valuable words of advice.

Although I’m very lucky at my current workplace to be shielded from a great deal of nonsense, I’ve also worked at some companies that were real doozies (some no longer even in existence). And what I’ve found and heard from years of working in various capacities, types of workplaces, and across different industries is that managers are out of touch with their employees. I disagree, and I caution readers to take that with a grain of salt, of course – often, people just like to complain. But some of the criticism I’ve heard is valid, and I’ve cobbled them together into a list that I believe all managers should read. So…

The following is a list of managerial and leadership skills and abilities that all effective managers should have, from the point of view of a non-decision maker. These are skills that can be learned, so there’s no excuse why a leader should not have these down pat.

Hey, Managers! Please do not discount these skills as unimportant; the lowest employees on the totem pole have been known to teach the director a thing or two!

Which of the following is the most important skill a manager can have?

One of the biggest pet peeves that I have heard from non-managers across multiple lines of employment is about their managers’ consistency... or shalI say, lack of it. A leader who runs hot and cold makes it difficult for himself or herself to be trusted. Why make your work life more difficult for yourself? Alienating a group of associates is unlikely to ever work in your favor.

As a leader, treat people within different departments or with different skill sets from yours consistently, and well. Not only is it a good skill, it’s good manners.

Have a Sense of Humor

The best leaders have a good sense of humor and aren't afraid to show it. That doesn't necessarily mean that you should attempt to crack jokes with each and every person in your department. That could be considered overly friendly.

But if there’s an appropriate opportunity to make someone smile, take it! If you know of a well-suited joke, share it. If something is funny, laugh along with the rest of us. Don’t be a robot or a big shot. We all know you put your pants on just like we do!

A very valuable quality all managers should have is compassion. If an employee is going through a rough time, show them some humanity! No need to embrace them physically as if they were a long-lost relative, but well-chosen words and the right tone of voice can work wonders for a working relationship.

Remember, people might forget the exact words used, but they will always remember the way you made them feel.

Baby Talk? Not In the Office!

Charming or funny as it may be on a television show or in memes, inventing words or using language incorrectly is not cute at a place of business.

If you expect your employees to know what on earth you are talking about, please use proper descriptions and grammar so we don’t have to redo our work.

Charisma may be important, but it’s typically not learned. If you weren’t lucky enough to be born with charisma, at least learn how to present a compelling argument. Personal style will come into play here, and hard data can sway even the most hard-headed skeptic.

So ask a friend, take a course, or read up on presentation skills. It will definitely come in handy during your time as a manager.

Power Listening: Mastering the Most Critical Business Skill of All
Buy Now

Someone has to say this, so it might as well be me. We know when you’re not listening. And it’s inappropriate, to say the least. Please don’t simply clasp your hands together and think about something else while maintaining eye contact with us. If you don’t have time for us right now, man up and say so. We're grown-ups -- we can handle it!

When you do have the time for us, open your ears. If we’ve been doing our jobs well and we have a good idea, it really could help the department or entire company.

In other words… let us talk, and hear us. You never know what good ideas we might have.

Don't Use "The Royal We"

When managers use the "royal we", they are not only using a term that is too familiar, they are insulting their direct reports as well. If as a manager you mean to assign me a project or just a task, simply do it. Explain what is involved and the ultimate goal, and what I need to do. Leave the "we" out of it.

A Little Motivation Never Hurts, Either 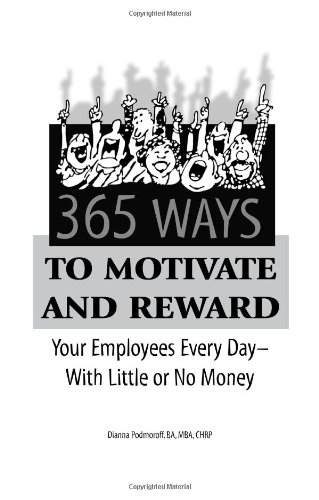 365 Ways to Motivate and Reward Your Employees Every Day: With Little or No Money
Buy Now

Ok, so you have a great idea that you plan to implement, that you are sure will please your customers (or clients, patrons, or regulars). Yes! And your team is behind you all the way. Yahoo! You’ve broken down what your vendors need to know and shared it with them. Hooray! But a week later, it seems nothing has changed for the customers. So much for your great idea. Do you kick your trash can and snap at your employees? Not if you are a reasonable manager!

Do not expect miracles to happen. Be rational. In your heart, you know that change can take time, and that big changes can take more time. So be realistic and help the idea along. Nurture it and feed it as you would a plant. Talk to it if you must! Impress upon your direct reports how important this change could be for the company and them, and be positive. Because you have implemented all the skills above, your idea has a very good chance of being successful.