Just Cause You Can't See It Doesn't Mean It Isn't There

Most firefighters (all should!) are somewhat familiar with carbon monoxide (CO). We respond to those detectors going off rather frequently and sometimes shrug it off as a silly response we should not have had to make. These carbon monoxide detectors go off frequently when heating appliances have malfunctioned and have begun releasing the gas into the air. (unventilated rooms are the worse) Firefighters need to be a little bit more aware of the potential dangers of carbon monoxide, not just when the detectors go off but on every call. Carbon monoxide, or CO is a product of combustion and therefore present at every fire scene. Knowing that such a deadly gas exist in all house fires should be more than enough to cause firefighters to gear up appropriately and use SCBAs.

How hazardous can CO be? Let's look at this example. You are trapped in a room so dark that you cannot see your hands. You have to find a door and get yourself out of here. Unfortunately for you there are countless black mamba snakes on the floor. These snakes are highly poisonous and ready to strike without any warning. Sure you can't see them, or smell them but you knew they would be there. Sadly you left your leather boots in the car. Now replace snakes with CO and boots with an SCBA. Now you see just how dangerous this gas can be. CO is silent, oderless, colorless and just as quick to strike if not quicker than the snakes I mentioned earlier.

Of course the level of hazard increases or decreases depending on several factors. If a room is a wide open space you may not have to worry to much with CO, but let's say it is a confined space fire. Then you will have built up CO gasses collecting in what my old chief used to call "lil ole pockets of death". Any

carbon based material that is burning is going to produce CO gasses. In your average structure fire today enormous amounts of CO are present. CO poses threats in other ways as well. One misconception is no fire, and little smoke equals no CO. This is a false statement that could get you killed. While the visual hazard may be minimum the CO presence could be at a deadly level.

What Does It Do

The severity of CO exposure can range from low to fatal. It depends on several key factors. The level of CO in the ambient atmosphere plays a big role. Obviously low amounts of CO are easier to breath and work in than higher concentrations. The amount of time an individual is exposed also dictates the level of poisoning. Another factor is the individuals ventilation rate (see side panel). All of these factors play a huge role in the level of poisoning CO can create in the human body. Remember a person at rest breaths slower and softer and thus will not inhale the same level a person at work will. This poses a huge threat as firefighting is one of the most demanding jobs out there and once inside that structure our hearts race and our breath quickens. This is all the more reason why we need to utilize our SCBAs.

How Does It Affest The Human Body

Carbon Monoxide reduces the oxygen that

red blood cells transport to the bloodstream. The red blood cells are responsible for picking oxygen up at the lungs and depositing it to the body. CO has a higher affinity than oxygen for the red blood cells and impedes on their processes. In fact 220 times more affinity. It will bind to the cells preventing them from picking up the oxygen needed. The effects to the body can be traumatic.

Low levels of CO produce symptoms that may resemble a common cold or the flu. Nausea, vomiting, headaches, dizziness, sore muscles, and mild confusion may result. It is the confusion that presents a major danger to the firefighter. During survival training we watched a video in which a firefighter had become lost in a house fire and removed his mask to utilize his radio. In the brief time he had his mask off CO poisoning had set in. He became disoriented and dropped his mask. Outside crews prepared to enter and rescue him but the incident commander saw him approaching the front door. Suddenly he turned and ran right toward the flames. As a result of the confusion caused by CO poisoning he lost his life in what could have been a relatively easy operation. The confusion from CO gas can cause sound minded men and woman to act erratically and get injured or even killed.

Higher levels of CO do much more damage, The lack of oxygen to the brain will create neurological symptoms. This lack of oxygen to the nervous system causes a chain reaction of events that lead to a catastophic outcome. Extreme confusion, decreased levels of consciousness, coma, seizures and barring treatment death can all result from prolonged exposure to CO gas. 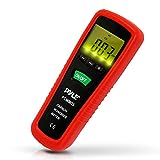 What Can We Do

Knowing that every fire will produce this dangerous gas that can kill us should be enough to make us wear our SCBAs. We need to train with them and increase confidence so that there is no need to remove any piece of gear in a fire. Firefighters should be introduced to training that dictates carbon monoxide dangers and how to best avoid them. Develop a habit of safe practices so when the scene ends you can go home. Rehab stations should be staffed with members of the department who have a working understatement of recognising and treating the symptoms of CO poisoning.

As firefighters we sometimes need to step back and look at the scene and take it all in before we react. If we can ourselves killed or hurt we are no good to the people we are trying to protect. Train to gain, and gain to survive.