The population of the Greater Miami Area in Miami-Dade County is over 2.5 million people.

Miami-Hialeah as a Metroplex is one of the Top 25 Best Large Cities in America for Jobs and Business success. This is one of the more prosperous market areas in America, with plenty of attractions and jobs available.

This South Florida Metro's low unemployment rate is generally below 4%, making this Metro Area a good site for job seekers. That is because there are jobs left unfilled, even some of the high-paying jobs. The metro area needs more workers.

This status offers many positions in high-growth fields and other work that offer outstanding benefits as well as higher pay than some other US market areas.

The average hourly wage paid in the South Florida area in Miami-Dade County is over $20.00 per hour, with over $42,000 a year in average income.

The industry sectors that need to hire the most additional employees soon include:

The average hourly wage paid in the South Florida area in Miami-Dade County is over $20.00 per hour, with over $42,000 a year in average income.

Telemundo - Home of the Telenovella 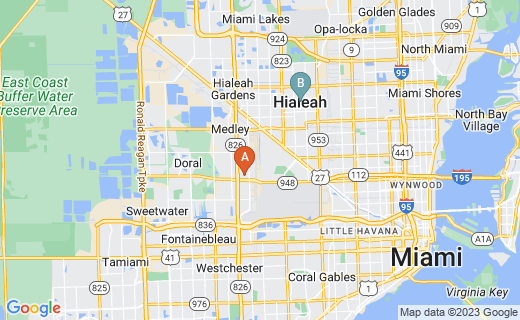 The Spanish Language television station Telemundo is headquartered in Hialeah, suburb of Miami. The station tripled its YouTube audience in 2015.

The Top 10 Fastest Growing Jobs in the Greater Miami Area through 2020 include many Information Technology jobs, as shown by the following list:

Horse racing within the park stopped in May of 2001, and then some racing was hosted in late 2009 and in 2010, but stopped once again. Live racing began once more in December 2014, in time for the winter tourist season.

Other events at the park include big-name boxing, casino activities with almost 1,000 slot machines and other games, famous entertainers, and big screen simulcasts of horse racing from other cities. See more information below.

Hialeah is famous for a race track and flamingos, but for other attractions as well. Hialeah Park featured in the Film "The Champ."

The lake in the park includes many islands that are home to several flocks of up to 300 pink flamingos each. 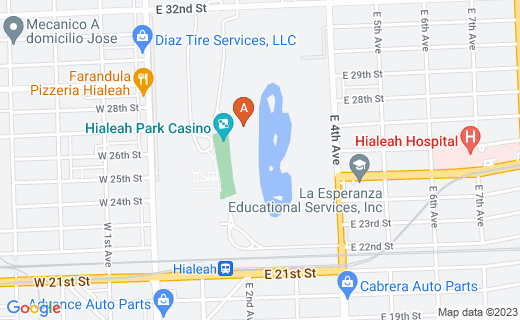 Early aviation genius Glenn Curtis helped to found Hialeah Race Track and Jockey Club. His name became famous is Dayton, Ohio as Curtis-Wright projects began to flourish on and around what became Wright Patterson Air Force Base and the National Aviation Heritage Trail.

This famous horse racing track was built in 1922 to open in 1925 with an architectural style known as Mediterranean. The landscaping was salted with pink flamingos from Cuba and South America in order to add personality and public regional appeal. In early years, it featured the first commercial Jai Alai court in America, a dance hall, and a roller coaster in addition to racing venues.

The descendants of these first birds live at Hialeah today and comprise a national treasure that tourists and residents love. The park is actually an Official US Sanctuary for the American Flamingo, according to the National Audubon Society.

In the 21st century, several architectural and preservation groups have raised money to prevent Hialeah Park from being turned into a housing development filled with condominiums and retail spaces. A large core of concerned citizens want to keep it as a historic landmark and as an events venue for racing, casino, and sporting events. Tourists would also rather visit a race track with historic flamingos, rather than a housing development - even a new multi-use development.

In fact, the lake in the park includes many islands that are home to several flocks of up to 300 pink flamingos each. These gorgeous birds and their protected sanctuary cannot be destroyed for a housing development.

"Hialeah" itself is a Seminole Native American word that means "High Prairie."

The following schools offer top notch education and training programs as well as an abundance of open job opportunities.

Add Your Experiences, Additions, and Tips