Looking For A Work At Home Job? Read This First!

My Career As A Call Center Agent

I have been retired from the work world for 15 years. I didn’t choose to retire from my job as a Medical Technologist. I had “topped out” salary wise, and because of my age, I was costing the hospital too much for benefits. They could hire two technologists for the same amount they were paying me. After 18 years of loyal, dependable work for them, I was told my services were no longer needed! I was devastated. They weeded me out, and about 20 other employees for the same reason. So, now, what will I do? At my age I knew it would be hard for me to find a job. I was right.

I began looking into ways I could make money from home. I began researching on the internet. There are so many scams out there, and I knew I had to be very careful. After a lot of study, I decided on one company who had a good reputation. I applied for a position as a Call Center Agent

I had to pay for a background check . I didn’t mind that. Since these agents handle customer’s credit card information, they wanted people with stellar backgrounds. Mine was fine, of course. The next thing they required was a voice audition. They furnish a script, and I had to record it verbatim. With my southern accent, I didn’t think I’d pass the test, but I did. I was offered a contract, which I signed by email. I had a job! I would make .25 per minute on each call, and that sounded good to me. That’s $15.00 per hour; I was thrilled. I’m so naïve. That figure is assuming I’d talk for one straight hour at .25 a minute. Sometimes I’d sit for a long time just waiting for the phone to ring. The calls would depend on how many agents were on line and how many calls were coming in.

This job would entail answering the phone and taking orders from customers who heard an advertisement on TV about different products. It seemed simple enough. I would take their order, put in the credit card information, and what could be simpler??? In order to begin taking these calls, there were several things I had to do:

Have a dedicated phone line installed.

Buy a special phone just for this purpose. A regular phone won’t do because you need the special headset.

Buy a phone headset that was hands free to go into the new phone.

It is amazing to me how this whole procedure works. We took calls from any company whose commercial caused someone to call to order. It could be a call for any one product out of hundreds. It just depended on whatever company contracted through this company to handle their orders. I thought how simple it would be just to take calls for one company, but it didn’t work that way. When a call came in, my phone would ring, a script for that particular product would pop up on my screen, and I would greet the customer. I would then type in all of their information: name, address, email address, credit card number, thank them very much and hang up and wait for the next call. I’m sure you have seen these annoying commercials on TV. They sell everything you can think of. Some products are good, some are junk.

Like everything else in life, this job was not going to be as simple as I thought.

The company stresses there can be NO background noise. They don’t want customers to know their call is being taken by someone at home. I have a Miniature Schnauzer who is a barker. She can hear a cricket two blocks away and she will bark. I had to schedule my work time around her nap time which is from 10AM till Noon. I made signs to put on my front and back door telling visitors NOT to knock. My dog will bark! Once you make a commitment to work certain hours, you MUST honor that commit. You can’t change your mind, or else! You will get a bad mark on your record, so that is a NO-NO!

Next, I had to get my computer ready. This means running all virus scanners, cleaning the cache, making sure the pop ups are enabled or I won’t get the script on my screen. This has to be done before beginning to take calls. So, preparation alone would take me about an hour.

I soon discovered that I was lucky to get a total of 30minutes talk time out of an hour. I wasn’t even making minimum wage. I was determined to make this job work. I invested a lot of time practicing the scripts for different products, but then I never knew which company I would take a call for. I wanted to be ready and knowledgeable. The company advised that the more knowledge you have about a product, the better. It was mandatory to study and to attend online training sessions for different products. I seldom got a call for a product I was familiar with.

I had to follow the script that popped up verbatim. That’s OK IF the customer doesn’t interrupt with a question: then I’d have a problem. “What’s the return policy? How much is shipping? What other colors does this come in?” etc. etc. Not to worry…there were Frequently Asked Questions that appeared on the screen in tiny letters over on the right hand side of the script. I’d have to quickly scan the FAQ’s to find an answer while the caller waited impatiently for my response.

Then I’d get the customer who was MAD! They didn’t receive their order yet, or they had returned the product and never got a refund, or some other reason. I couldn’t blame them for being angry, but I’d explain that I only take orders. I’d give them the customer service number. They would yell at me and say they had already done that and they were put on hold or they just didn’t get any satisfaction from the company.

The company wanted the agent to push different products other than the one they had called for. A big one was Clubs. This is where you had to sell magazine subscriptions, or these “money saving” coupon books. All they had to do was to agree to receive these extras, and they would get a $50.00 gift card from a leading store. They liked that idea until I had to tell them: You can cancel this club at any time within 30 days, and your credit card will not charged another dime; however, if you do not call within 30 days, your card will be charged $______a month. In other words, your card will continue to be charged FOREVER! Sometimes the customer would agree, because all they heard was the part about the gift card. If they did say no, I had to give the caller three rebuttals. Could not take NO for an answer.

I did this work for six months before I realized I made a mistake. But at least now, I have a new computer that I can use to write, a phone that is useless, and a dedicated phone line that needs to be uninstalled.

I was told by the company to begin with there are some agents who make $1,000.00 a month. They evidently work at least 12 hours a day without a potty break, or anything to eat. I knew I could never come close. I was lucky to be earning $3.00 an hour. I have to look at this experience as another learning curve in my life. On the rare occasion I see an ad on TV for something that I really want, and I call to order the product, I don’t waste any time with the poor agent taking my call. I’m polite, but I simply say, “I called to order this product, and nothing else. Thank you very much.”

Books on Selling Over The Phone 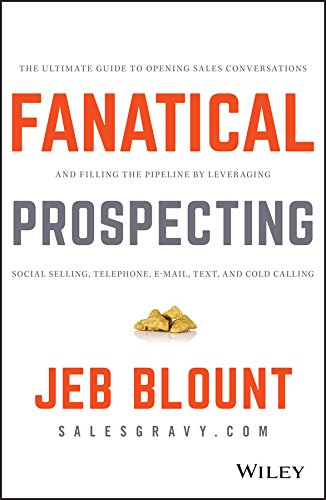