What is new high end economy?

In the report explains that the top priority for the Gulf Council Cooperation (GCC) countries should be improving economic governance.

Estimated at an annual average of US$327 billion over the period 2002– 2006, the revenues more than doubled their average as compared with the preceding five years.  Despite the great oil windfall, the GCC countries faced the same challenges as they had in previous periods. Efforts at diversifying their economies and reducing high oil dependency resulted in limited change despite the multitrack approach that these countries were pursuing. GCC countries pursued the same policies they had pursued in the previous period, without adapting to changed dynamics. They increased public spending in order to distribute the new oil windfalls, but this proved unsustainable in the long run given the oil price volatility.

Special Industrial Parks and Their Role in Diversifying Economy

·        To increase high end employment opportunities for the national

·        To develop Knowledge based economy for the future

·        To develop education to locals in association with different universities and biotech companies present in the park.

THE GLOBAL DEBATE ON Industrial Park

Traditionally Industrial Park are created as open markets within an economy that is dominated by distortion trade, macro and exchange regulation and other regulatory governmental controls.

A long-held view of development economics is that investment, in particular foreign investment, in enclaves such as INDUSTRIAL PARK, pushes forward the process of industrial development by creating horizontal and vertical spillovers. Horizontal spillovers are technology leakages and management know-how from multinational firms to local industry competitors. Vertical spillovers are also known as forward and backward linkages. Horizontal spillovers emerge from incentives for a corporation to develop the supply chain through technology transfers to suppliers of the MNC as well as those to whom these MNCs are suppliers. Such transfers include management knowhow, staff training, and improved production efficiency. However, global evidence reveals that horizontal spillovers are insignificant as MNCs are not willing to set up business where technology leakages benefits competitors. On the other hand there is evidence from developing countries like Indonesia and China that shows the significant positive spillovers of vertical linkages. In particular the MNCs try developing local supply chains that in turn help develop local industries in other areas.

Worldwide, the first known instance of an INDUSTRIAL PARK seems to have been an industrial park setup in Puerto Rico in 1947 to attract investment from the US mainland. In the 1960s, Ireland and Taiwan followed suit, but in the 1980s China made the Industrial Park gain global currency with its largest being the metropolis of Shenzhen. From 1965 onwards,

Thirty years ago, 80 special economic zones (Industrial Park) in 30 countries generated barely US$6 billion in exports and employed about 1 million people. Today, 3,000 Industrial Park operate in 120countries and account for US $600+ billion in exports and 50 million direct jobs. After the success of the first INDUSTRIAL PARK when it appeared in Taiwan’s Kaohsiung harbor 40 years ago.

What do Industrial Park Produce?

Industrial Park is the markers of government's strategy to create a "diversified" economy.

The objective behind an INDUSTRIAL PARK is to enhance foreign investment, increase exports, create jobs and promote regional development. To put in the government’s own words, the main objectives of the Industrial Park are:

(a) Generation of additional economic activity;

(b) Promotion of exports of goods and services;

(c) Promotion of investment from domestic and foreign sources;

The 21st century has been acknowledged as the era of knowledge industries such as Information Technology (IT) and Life Sciences. Application of advance IT and biotechnology functions and techniques have become an imperative part of the complex drug discovery cycle. Their convergence is leading to the emergence of novel technologies and niche industry segments such as Bio-IT, with a potential to revolutionize the global business scenario.

Bio-IT represents the marriage of life sciences and Information Technology (IT) and has evolved as a result of convergence of several disciplines of science namely biology, biochemistry, molecular biology, bio statistics and computer science.

“Bio-IT Knowledge Center” would be a geographic cluster of industry (IT & Life Sciences), research institutions and sci-tech academia and would address the IT related needs of the rapidly emerging life sciences industry and is expected to attract investments (both domestic and foreign) in the related areas.

The Center would be set up on over 200,000 sq m of land and would be design in such a manner so as to accommodate companies of all sizes and stages of development. The center would provide developed plots for large and Integrated Bio-IT companies to set up their campuses and ready-to-use modular offices, wet and dry lab space for intermediate, small and start up companies. The two critical components of the knowledge center would be an “IncubationCenter” and a “TechnologyDevelopmentCenter”.

The Incubation Center (IC) would provide critical enabling infrastructure to start-up Bio-IT companies and would assist them in the initial years (incubation period 2-3 years) to acquire a critical mass and become self sustainable. Once profitable the company will move out and venture on its own.

Technology DevelopmentCenter (TDC) would facilitate the Small and medium size IT players, inventors and entrepreneurs in the State, to start, expend or make their business more competitive in the marketplace. TDC would provides direct assistance or locates outside resources to help with business development, operations, sales and marketing, workforce development, technology advancement and integration, and entrepreneurial initiatives. TDC would foster links with key research and academic institutions in the State and would facilitate in the commercialization of  pioneering inventions and technologies developed in these institutes. TDC would also provide operating assistance and management consultancy regarding the technology valuation and transfer, Intellectual Property protection, patent and a range of financial, marketing, human resource and other support functions. Following would be the focus area and prospective tenants of the envisaged KnowledgeCenter.

Clinical informatics-- IT companies with focus on human health

A new breed of specialized service providers with domain expertise across different verticals of drug discovery value chain is emerging very fast. Their growth is further assisted by the increasing trend of outsourcing key R&D functions by integrated drug discovery companies in order to minimize risk and cost associated with new drug research. Development of enabling and facilitating infrastructure such as envisaged KnowledgeCenter with plug & play kind facilities and incubation center will greatly assist in the rapid flourishing of this new industry segments.

The presence of basic R&D infrastructure coupled with the quality talent foster innovation but in the absence of high-end sustainable infrastructure, adequate finance, guidance and facilities, most of these pioneering and revolutionary technologies remain confined to the laboratories and many of the entrepreneurial dreams dies in their fancy. The KnowledgeCenter would provide requisite infrastructure and other necessary resources enabling the commercialization of these technologies.

The major drivers of the transcendent growth of this industry are the resurgent advances in science within the Information Technology and Life Sciences domain and the rapid acceptance of sophisticated Bio-IT techniques in R&D; high computational requirements for biological R&D and the constant drive of the Bio-IT companies to move up in their value chain. The key challenges faced by the global Bio-IT sector includes managing and analyzing the biological research data; developing tools which ameliorate human-computer interface; and increasing the efficiency and effectiveness of database mining; integration of heterogeneous data; and regulatory concerns.

The Indian Bio-IT industry is in the evolution phase. However, considering the wide recognition of India’s capabilities in the technology-driven sectors across the globe, it is expected to emerge as a leading player in the Bio-IT space.

Presently waste water is treated and dump into the sea but this is just waste of the resources. When there is water scarcity and every drop of water is precious much more is required to be done. When GCC is talking leadership is talking of single GCC market, Single economy and Single Currency.  The work on single Electric Grid is already underway and progressed very well. This success will definitely encouraging and soon there will be single Railroad for GCC.

The biggest challenge of the century is Food and Water. What are we doing for it?

Solution has to be innovative. And one of best option at hand instead of throwing treated waste water in the sea develop water grid, make desert green and provide this water for agriculture. 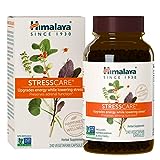 Biotechnology is the application of scientific techniques to modify plants, animals, and microorganisms. Agricultural biotechnology applies genetic engineering methods to agricultural products. These procedures directly change the DNA of the plant, usually by inserting genetic material from another organism.

Agricultural biotechnology is playing an increasingly important role in Hawaii. Biotechnology is being used to protect papaya from a virus. Seed growers, a major supporter of biotechnology, have become a significant source of non-tourist income. Scientific research using genetic engineering to create disease resistant taro has created controversy regarding the relationship between science and culture. Additionally, the use of biotechnology in Hawaii has made the state a focus for opponents of the technology.

Hawaii has unique characteristics that should be taken into consideration. Our fragile ecosystem needs to be protected and cultural traditions should be valued. The importation of pests and plant diseases has created new challenges for the farming community, and we have become more and more dependent on imported food.

The goal of this site is to provide you with an unbiased source of information so that you can make informed decisions about biotechnology. The Biotechnology Outreach Program provides community educational programs throughout the state. This website is designed to address the questions and concerns that have frequently been expressed by individuals we have met during these events.

·        Conservation and management of over-exploited species

·        On board handling and preservation systems

·        Improvement in utilization of research

·        Feedback from field to give direction to research