From 2006 - 2008, the number of jobs, including growth and turnover, continued to increase overall, despite the USA entering a recession in 2008.

The Greater Omaha Area was economically healthy throughout the Great Recession and continued to grow in the years afterward. Some industry sectors loss jobs during the recession, but jobs increasing in other sectors made up a larger number than were lost.

The State Unemployment rate was only 4.0% in December 2008, compared to about 7.6% in the national average in December and 8.1% in February '09, according to the stat's statistical unit and the US Department of Labor.

By the end of December 2016, the Omaha Unemployment Rate was down to 3.2%, a percentage that indicates there are not enough workers in the metro area to fill the advertised jobs.

Sperling's Best places rates this area as Number Three among Best Places to Relocate in America and sixth most secure large U.S. City. 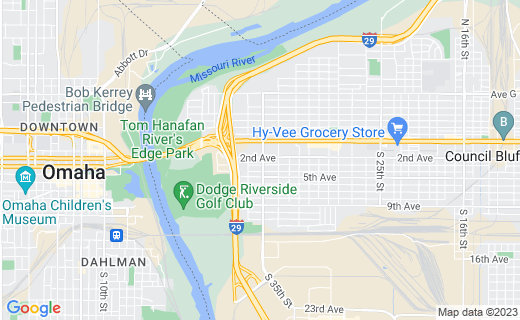 The population of the Omaha Area is nearly a million people.

The following Top Companies are also among the Top 25 Employers in the State of Omaha. Omaha may be the most successful city in the state.

All of these employers have at least 1,000 persons on the payroll. The top three companies employ over 5,000 and up to 10,000 each, and the majority are involved in

Largest Companies in the Metro Area

Metro Area partner Council Bluffs in Iowa adds her largest companies to the list of Top Employers with worker pools of over 1,000 each:

Council Bluffs' economy further depends on the report-hotels and a number of smaller hospitals compared with those in Omaha. Both cities share a metro area worker pool.

A Best City for Jobs

By 2010, Omaha, Nebraska and Council Bluffs, Iowa as a metropolitan area was on the Top 30 Cities for Jobs in America list chosen by Forbes.com and US News and World Report.

The economy of Omaha and Council Bluffs is supported primary by Service Industries, the largest of which are Transport and Utilities combined, Education and Health Services, and Professional Business Services.

Gateway to the West

The Omaha Nation group of Native North Americans has remained an important part of this history for over 12,000 years.

A Good Place to Work in Education

Known as Umonhon Nation in their own language, they support an accredited school system and a wide network of social and community services to fight the barriers experienced by youth and families at-risk for poverty, violence, and addiction; as well as to promote and develop a green and sustainable lifestyle relevant to Indigenous customs and spirituality, particularly the reverence for all life.

The Umonhon schools begin with Pre-K to ensure solid language development for future language and mathematics abilities. These skills are boosted by arts and music, which have been proven to be a foundation for mathematics by major US research teams )supported by the Kennedy Center for the Arts), and a vital part of language, which in turn is a vital part of one's culture.

These elements must be simulated early on, in the Pre-K ages 3 and 4. Language and mathematics are developed on opposite sides of the brain - develop them both through added physical exercise for the whole body: swimming, gymnastics, dance (particularly ballet), certain martial arts, other.

Lewis and Clark witnessed the first American Pow Wow and Thanksgiving Dance that was recorded by white explorers.

Omaha Nation danced to Whe'wahchee or Dance of Thanksgiving, in the presence of the Lewis and Clark Expedition in 1804, the year of the Louisiana Purchase.

Omaha Nation Community Response Team works to raise healthy children, prevent youth involvement in crime and drugs, promote "well-briety" as a path toward healthy living away from all addictions and other health issues, and to instruct several training courses for healthier families in the traditions of the Omaha Nation.

Umonhon Nation Public Schools: Pre-K through 12 grade graduation. Special Education is included and sporting clubs include the Chiefs and the Lady Chiefs.