Quote in Apple's "Your Verse" Ad 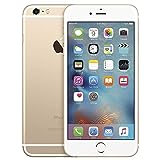 Apple released a new advertisement on television and the web on Sunday, January 12th, 2014 that highlights the many uses of their latest iPad Airs. It's another of the great ads that Apple has been releasing the past few years, from their iPhone ads to the iOS7 and the new Mac Pros. Their ads have a similar style in showing us what the product can do, instead of explicitly saying what the product can do.

In this latest ad, we are taken through a variety of places in our world with many different uses:

The iPad is a versatile tool used for computing, more so than the iPhone given its small size. With all these uses being shown in incredibly different settings, it is easy to forget how new the iPad really is.

Apart from the striking visuals presented in the ad, a lot of people have been commenting on the voiceover found in the video. It is a scene from Dead Poet's Society, and performed by Robin Williams.

In the ad, there are various "stories" being told about the uses behind the iPad. Some of them are quite fascinating to read more about.

Hockey: The hockey story is showing the LA Kings using an app to record their practices and analyze them in real time. The app they are using is called ThunderCloud iBench, It's part of a suite of apps being produced by XOS Digital (X's and O's on a chalkboard, clever) for all the major sports. Not only does it help you do real time analysis, it stores scouting reports to servers to share amongst a team. The other apps all sound very interesting and useful for coaches and athletes.

Music: The music group being shown is the Chinese group Yao. They don't appear to have a website or Soundcloud page, but you can tell the apps they are using: Figure and TouchOSC.Both of these apps act like drum machines, altering sounds in real time and controlling software like Logic.

Filmmaking: The videographer in the ad is Josh Apter, who has created a case for the iPad that allows it to be mounted on a tripod, hold a microphone, add LED lights, and have a wide-angel lens. It is called The Padcaster. If you visit their site, they have a host of videos created with The Padcaster.

Diving: The diving story is showing off the iDive case for the iPad, that makes it completely waterproof and useable at depths well below the surface. It is more expensive than an actual iPad, however. Not something you will see a lot of consumers using for a while. The whole story about how they use iPads in their dives is on the Apple website: Taking Exploration to New Depths.

The full quote can be transcribed as:

In Dead Poet's Society, Robin Williams plays an English teacher at a small private school in New England. He teaches them about life through poetry and how to seize the day. The movie is focused on a young student who is starting his senior year. He gets involved with a group of guys who start late night gatherings of reading poetry around a campfire. The movie tackles their problems in life and the new ways they approach those problems based on the teachings of Williams character.

The movie was released in 1989, critically acclaimed, and well worth watching. Tom Schulman won an Academy Award for Best Original Screenplay. It won the BAFTA Best Film Award, and best foreign film in France and Italy.

You can read more about the movie, on Wikipedia or IMDB.

The poem Robin Williams is quoting is, "O me! O Life!" by Walt Whitman. It was published in 1892, in the volume Leaves of Grass. The full poem reads as:

Oh me! Oh life! of the questions of these recurring,

Of the endless trains of the faithless, of cities fill’d with the foolish,

Of myself forever reproaching myself, (for who more foolish than I, and who more faithless?)

Of eyes that vainly crave the light, of the objects mean, of the struggle ever renew’d,

Of the poor results of all, of the plodding and sordid crowds I see around me,

Of the empty and useless years of the rest, with the rest me intertwined,

The question, O me! so sad, recurring—What good amid these, O me, O life?

Answer.That you are here—that life exists and identity,That the powerful play goes on, and you may contribute a verse.