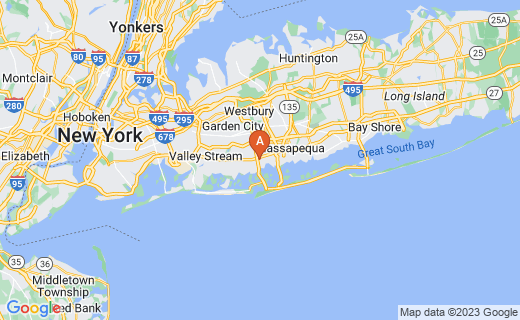 Nausau County is home to four of the Top 10 Richest Places in America, according to the US Federal Census and Forbes.com business and financial analysts. These communities are 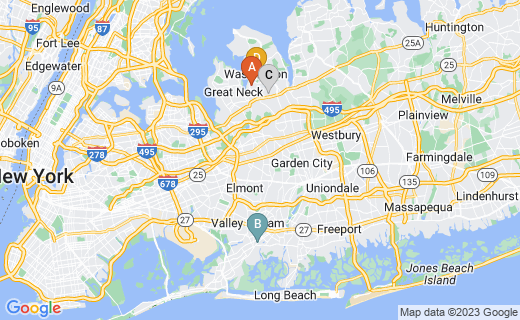 While Hewlett Neck is Number Two among the richest in Nassau County, it is south of the the other three that are clustered closely together some 15 miles north on I-495. Plandome, Plandome Manor, and Munsey Park are also just east across Manhasset Bay from Great Neck.

Hewlett Neck's location is approximately four miles north of a long system of recreational and natural beaches visited by many vacationers, but also several scenic wildlife refuges and parks. Leed's Pond and a group of American Bald Eagles are attractions for the three northern communities, but the beaches and the related widlife are as big a draw just minutes to the south.

Many place names in Nausau County contain the term neck, which indicates a narrow section of land offshooting from a wider section. Examples are Hewlett's Neck and Great Neck.

Hewlett Neck is approximately two miles north of Hewlett NY and is a Village incorporated in 1930, according the the Nassau County villages' combined website.

BEACHES/PARKS - Below Hewlett NY, the Nassau Expressway, Highway 878, leads across the Atlantic Beach Bridge to an island that contains many parks. From west to east, these are Silver Point County Park, Atlantic Beach, East Atlantic Beach, Long Beach Park, Lido Beach (with the Lido Golf Club), Lido Beach Town Park, West Marina, and Point Lookout. Park Street, Beech (like the tree) Street, and Lido Blvd transverse the island, Park becoming Lido; and a railroad line travels south into the middle of Long Beach to a station at Market Street. Restaurants, hotels, spas, a medical center, a high school, a beach club and other facilities are located on this island. Several restaurtns and taverns are located at Point Lookout and the Loop Parkway leaves this end of the island.

Take the Loop Parkway to the Meadowbrook State Parkway and turn south to access another island of beaches east of Long Beach. The second island features:

The Village of Munsey Park was incorporated in 1931

This village was Incorporated in 1931 within the borders of the Town of North Hempstead. Nearby Plandome is the richest place in New York and was incorporated as a village in 1911, the year that the position of the South Pole was discovered by explorers. Plandome Heights nearby was incorporated in 1929. All of these villages are fairly wealthy in median income and property values and have access to the job listings and attractions discussed in the Plandome link located above. 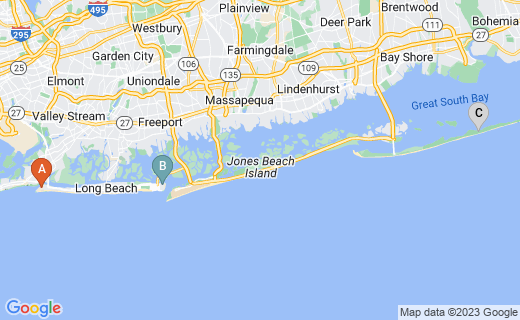 Forbes.com analysts extrated relevant data on population, income, and housing costs from reports available to the public through the US Census Bureau. Median household incomes were fond by related surveys administered from 2005 - 2009. All of these median incomes are higher than shown by some competing publications' using some other sources in the month of January 2011. Two ties for "richest" pccur at numbers 3 and 4, and numbers 9 and 10 below.