Since Ohio Governor John Kasich took office in January 2010, the state leadership has planned a structured oil and natural gas boom in Ohio. This encompassed plans to initiate and continue fracking operations and to begin drilling for oil in Ohio National Parks. These implemented plans would increase Construction/Extraction Industry jobs and spur new Manufacturing as oil and gas needed to be processed and distributed. Northeastern Ohio manufacturing already experienced fast growth in 2011 and an oil and gas boom would spread new job creation throughout Eastern Ohio. This would particularly benefit Southeastern Ohio, which has been the most poverty-stricken quadrant of the state for decades. All this would change and improve with the structured boom.

Chesapeake has a successful deal in Eastern Ohio for $1.25 Billion, while MarkWest Energy Partners pipeline company has acquired a $2 Billion deal that begins with announcements in January 2012.

Shell Oil Company may possibly become the source for even larger numbers of new jobs as three states in the Shale Region bid for the company to come in and set up shop. Besides Ohio, the leadership of Pennsylvania and West Virginia would both also like to have Shell Oil locate their new cracker plant there. This is a deal of multiple billions of dollars and many new jobs. The cracker plant employs a petrochemical process and a liquid state natural gas to produce commercial grade compounds like plastics.

Halliburton is looking at a large facility in Zanesville, Ohio for use in the Oil and Natural Gas Industry as well. This land and buildings would be used for drilling operations. The opening of this facility is expected to open 300+ new jobs in operations for Eastern Ohio on approximately 180 acres in a business and industrial park just east of the city on highway I-70. A large railway extension will add distribution capabilities to the operations center services. Another plus is that the park is in the Enterprise Zone (EZ) earmarked for economic development and can offer tax incentives to businesses.

Chesapeake Energy discovered that the Utica and Marcellus Shale deposit in Eastern Ohio is oil rich during the summer of 2011 and announced plans for drilling. The company owns 75% of the drilling permits for this expanse at the end of 2011. In addition, 40 additional oil wells are planned for completion from 2012 to 2014 and provisions are made to avoid destruction of the native plants and wildlife in the local state park in the shale region..

Chesapeake calls itself America's Champion of Natural Gas. They meet his designation by creating jobs and providing oil and natural gas for energy while developing more sustainable energy resources. Chesapeake owns many branches, but has concerns in Cleveland as well as Utica Shale areas and in the oil boom region of the Bakken Oil fields in North Dakota. In fact, they bill themselves the top driller of new wells in America. The company offers long-term careers as well as internships.

Jobs Throughout the States of the Shale Region

Major Cities for Drillers and Planners 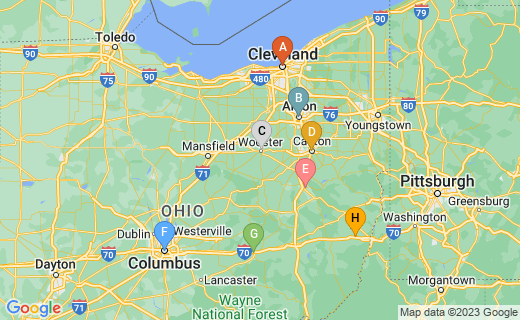 Top Companies Hiring In the Oil and Natural Gas Industry