Trains and Ice in Pennsylvania

The Steamtown National Historic Site preserves the tradition of operating a magnificent steam locomotive to pull a tourist train each winter, when the majority of other tourist rail lines do not operate at all. This is quite a fun ride to enjoy!

The Ice Train in the film below was pulled by locomotive Canadian National #3254 until its retirement for refurbishing in 2012. Today, the trip is called the Ice Harvest Excursion and celebrates the days before refrigeration when local farmers harvested blocks of ice from ice houses on their properties and sent the ice to market. A train trip also celebrates Christmas with a Polar Express or Santa's tour.

The ride's facility was constructed in the early 1990s on the site of the former DL & W rail yard in downtown Scranton PA, a hub of rail transportation near Back Mountain and Wilkes-Barre, hence the Scranton nickname of Steamtown. 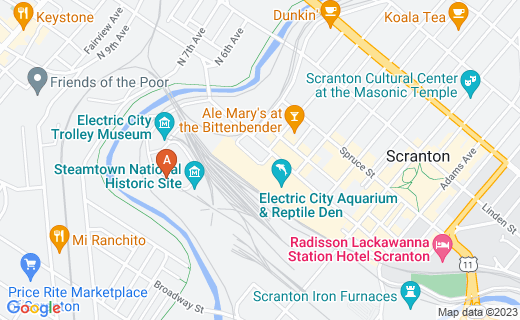 The Endless Mountains Heritage Site in northeastern Pennsylvania is a part of the Appalachian Mountain range and set in a picturesque region where Native Americans have lived for many generations. A sense of history and beauty fills this region of the United States. 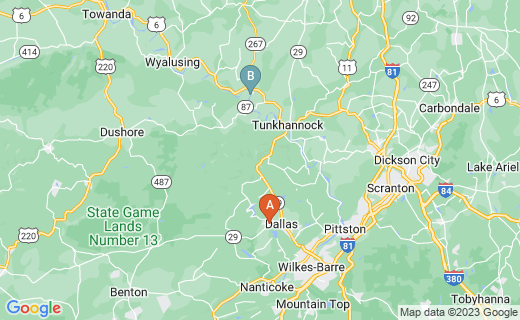 Back Mountain is a suburb of Scranton PA that is near dozens of travel attractions and places of historic interest. Whether for vacation, relocation, or retirement. Back Mountain provides a relaxing atmosphere of small town life in the mountains of Pennsylvania, right beside a larger city and all its inviting attractions.

The Iroquois Confederation and Susquehannock Nation cared for the land, but largely moved away with the colonization by whites after the end of the French and Indian War.

Indigenous place names remain, however, along with installations preserving their culture and crafts. In addition, Amish and Mennonite families still work the regional farms and provide some interesting tours. Forested areas provide outdoor recreation as well.

The city of Back Mountain participates in ongoing historic preservation and tourism developments that have resulted in an over-40% increase in average household income from 2000 - 2010.

Recognized by Bloomberg BusinessWeek as the fastest growing city in the state, its residents are employed largely in construction, healthcare, and tourism related businesses that are growing in popularity.

The railroads of Scranton enjoyed the first electric lights in the city. During the first week of December 1880, electric lights were switched on at the Dickson Locomotive Works.The second business to have the lights encompassed the area's steel mills. The local YMCA and a theater followed.

Published in 2007, this book contains over 100 full color images of the City of Scranton, Pennsylvania.

The photographer Alyssa Amori is a long-time resident of Scranton and loves her hometown. Through her creative lens during a six-month timeline, she recorded the historic architecture, parks, celebrations, and people of Scranton to share with others.

Some of the wonderful photos she presents in this unforgettable book include:

Ms. Amori thinks much about American servicemen and women in Iraq and Afghanistan, as well as those serving in other ports of call far from home. She wants to see the book sent to anyone serving elsewhere that is from the Scranton area.

The book is designed with providing the troops a look homeward in mind. Ms. Amori is looking for individuals or groups that can provide addresses and/or donations for printing and mailing books to American troops (email damori3@comcast.net).

If you want to adopt or visit animals, near Back Mountain in Dallas PA is an animal refuge that is a haven for animals of all types, even fish. Blue Chip Farms does not euthanize its rescued animals. Even if sick or old, they are cared for here.

Its 35 acres are home to dogs, cats, horses, potbelly pigs, and other large and small animals. Fish ponds are filled with rescue fish, but some live indoors in aquariums. A pet hospital, dog park, and horse trails are all in the works. Visit at 974 Lockville Road Dallas, PA 18612. 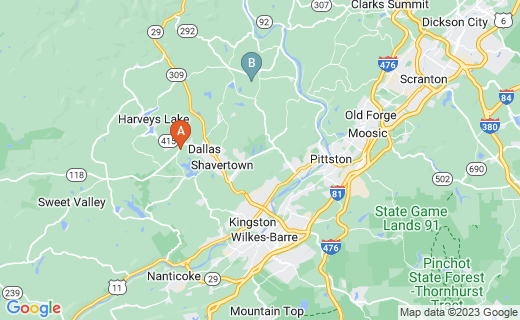 This refuge is surrounded by several State Game Perserves.

The long-running television series "The Office", an adaptation of a BBC series in the UK, is still popular in Scranton. Real paper products from the fictional company are available at the NBC Store in the city at 120 Wyoming Ave, Scranton, PA 18503. The store is delighted to have visitors to help them reminisce about the characters and storylines in this series.

NBC struck a deal with Quill.com to exclusively sell the branded paper (Dunder-Mifflin). 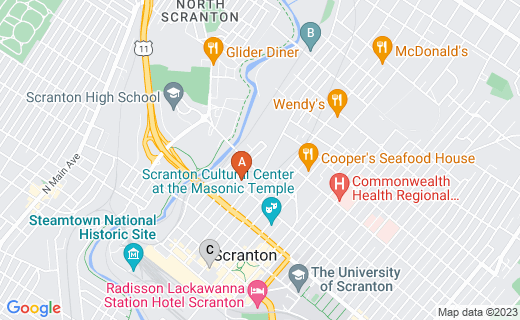 Each school offers tours of its campus for visitors and those interested in attending.