Hi-Tech Jobs in Wake Forest and the Research Triangle

Besides a large cluster in Wake Forest, the majority of local jobs are located in nearby Raleigh, Durham, Cary, Research Triangle Park, Morrisville, and Clayton.

Wake Forest is not only home of Wake Forest University, but an interesting center for a number of additional leading edge facilities.

As the fastest-growing city in North Carolina, Wake Forest thrives at the edge of the North Carolina Research Triangle, a major center of technological development in the Southeast United States.

This research hub has resulted in recognition from 2007 through 2017 by Forbes.com and other major publications as a fastest-growing American suburb. Growth will continue as the number for foreign relocations into the Research Triangle results in new partnerships and businesses that combine the resources of higher education, government, and state and local commerce.

By the beginning of 2016, the Research Triangle Park had registered nearly 3,300 patents with the US Patent Office. 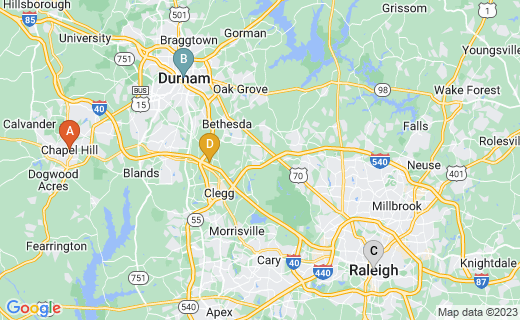 Growth Jobs in the Triangle Region

Few metropolitan areas in the US can offer as many employers as the Research Triangle that are listing jobs and hiring. The positions available in 2010 increased dramatically by 2014, surged to 2017 and are expected to increase through 2024, involving:

Financial Services in an interesting entry in Triangle jobs and business, one involved with business and personal finances and especially the continuing local business start up and expansion. Some of these businesses are related to the health and medical sectors, such as bio-regeneration; i.e., growing new organs and systems through the almost-magic pig-derived ECM or extracellular matrix.

Produced from a pig's bladder, this powder, when placed near human tissue, will duplicate it. Television broadcasts have shown a senior citizen with a new esophagus, and research is under way to attempt to duplicate bone and other critical tissues.

At the same time, patients' own stem cells can be used to treat certain conditions, while the Research Triangle Institute studies chromosomal birth defects with an eye toward prevention.

Wake Forest, established in 1907, is about 10 miles northeast of Raleigh, the State Capital and one of three city anchors for the Research Triangle.

According to BusinessWeek, the number of Wake Forest households increased at least 118% from 2000 – 2010, meaning that they more than doubled in 10 years.

The Triangle area is largely responsible for this growth, drawing talented professions and their families to the area and attracting even more business enterprises. Local communities recovered from the Great recession to become fast-growing leaders in IT, biological, and medical technologies.

The Research Triangle is anchored by Raleigh, Durham, and Chapel Hill. The larger 13-county region offers recognized effective K-12 school systems that consistently advertise jobs, a social and employment climate that encourages a growing diversity in the Triangle, and a large healthcare system attached to innovative heath-and-medical products and services developed in partnership among universities, government agencies, and private sector businesses. 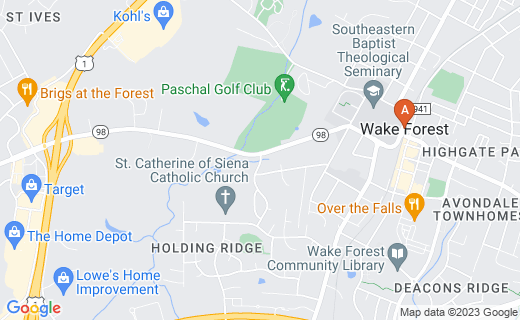 Status as a college town and ownership of a vital Downtown are two elements that result in continued city growth and prosperity. The related March 2010 newsletter announced 6 new businesses openings, including a dance club. art studios, a body art shop and others. Special events occur around the year and dedicated activities after 5:00 PM help draw people to the active central city.