In the 21st century, the Twin Cities comprise a large medical hub for 16 different parishes (counties), requiring a substantial number of new healthcare and medical employees each year as the local economy and the population grow.

Eight hospitals operated in this area in 2008, increasing to 21 facilities by 2019 - almost three ties as many facilities in 11 years. New jobs with these facilities continue to increase. 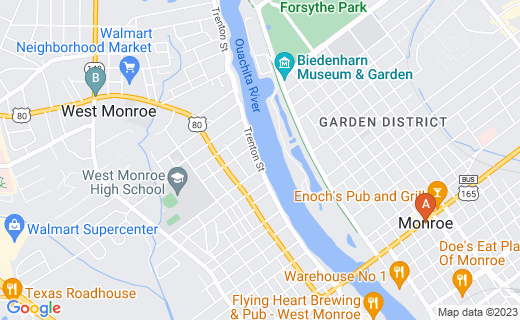 The Twin Cities lie on Interstate 20.

Monroe and West Monroe are neighboring cities that make up the base of the Greater Monroe Area of Northeastern Louisiana. They are central to Ouachita Parish and halfway between cities New Orleans and Memphis, Tennessee.

Once under Spanish rule, Monroe City and area were governed by Jean Baptiste Filhiol after 1783, with Fort Miro constructed on today's city location in 1790. Hunting and trapping were prosperous. Some time after statehood and survival of the Civil War via prosperous agriculture, natural gas was discovered in 1915 and Monroe became the Natural Gas Capital of the World.

What Jobs Are Growing?

A wide range of jobs have opened up in the Monroe-West Monroe area and will continue to expand in number. Healthcare jobs, including the important mental health services occupations, are likely to increase far into the 21st century as mental health gains greater recognition nationwide.

The increasing need for preschool teachers indicates a rapidly expanding local population, which will demand additional services that include the healthcare jobs mentioned above. New families will also be looking at housing, retail stores, supermarkets, entertainment venues, and other businesses to serve them.

The film industry has been growing in the Shreveport market area to the west, overflowing into Monroe to provide jobs to local residents as well.

Most Elaborate Earthworks in the World

The Poverty Point Archaeological Site in this region of Louisiana points to evidence of Native American peoples in the area from 1700 - 1000 BC. Their culture was extremely well developed from 1750 - 1350 BC, before the Mayans built their elaborate pyramids much further south.

This culture also existed fewer than 1000 years prior to the Egyptian pyramids' construction. At the beginning of the 21st century, this was as long as 3700 years ago and the earthworks took 5,000,000 man-hours of labor to complete.

The earthworks left buy local Indigenous peoples around Monroe are the most complex and well built in the world. The peoples ran a metropolis as a water transportation hub for government, trade, and religion, connecting Indigenous settlements in Arkansas, Mississippi, and Louisiana; a three-state region. Implements and weapons come from as far away as Ohio and Tennessee. Monroe and West Monroe are today centers of urban commerce and water transport.

A more recent indigenous nation called Koroa lived with the Yazoo Nation near the Monroe region, but merged with the Choctaw nation and were assimilated. However, their language differed from all other tribes in the area, so they must have come fomr elsewhere. They lived in rounded hut-like structures. 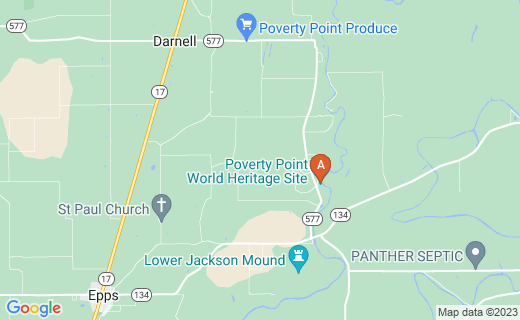 Higher Education in the Twin Cities