Chet has a Master's Degree from the University of Michigan and was a principal in a design firm for many years.

How many times have you been casually scanning a website, seen an interesting headline or article lede, clicked on it and then discovered it was actually an advertisement. You were tricked by native advertising, a wolf in sheep’s clothing that is becoming more and more common. An advertisement disguised as a news story on a newspaper or magazine website is perhaps the most prevalent native advertising example, but any ad that blends in with the content of the page meets the definition.

What is Native Advertising?

The term native advertising is, in some ways, an example of itself. In other words, you could say that it is pretending to be something that it is not. “Native” would lead us to believe that something is of that place. That is what a native ad tries to convey, that it belongs on that page or is like everything else on the page. In fact, it is an ad disguised as news or, sometimes, news or information that is sponsored by an advertiser.

Sponsored content and branded content are other names for native ads. Depending who you talk to, they may draw a distinction between the terms. Native advertising can also be categorized as open or closed platform. Closed advertising keeps you within that site, such as a sponsored video on YouTube. Open platform ads take you to other locations and websites.

It’s hard to say when native advertising first started. While some advertisers look to be as bold and brash as possible to gain attention, the print media has had instances of advertisements masquerading as news or information articles for decades, if not centuries. It’s just that now, with social media seemingly everywhere, interconnected with our cell phones, laptops, work spaces and living rooms, blending in with both our personal and professional lives, those ads seem to be omnipresent.

Google is one of the pioneers of this approach in the digital age and one of the largest native advertising companies. Almost every time you search for something on Google, the top one or two results are ads that looks like search results. There are subtle graphic clues such as a small square with “Ad” inside, but they are easily overlooked by anyone in a hurry or not paying close attention.

Buzzfeed gets a lot of attention for the native ads on their site. They look virtually identical to their own links and articles, but Buzzfeed is not the only website that does this well. More literate sites such as Slate have sponsored content right next to their own article links; it’s hard to tell which is which. Often, sponsored content is interesting or entertaining information that is not directly related to the sponsors product or services, but their logos make an appearance, almost like a subliminal message. 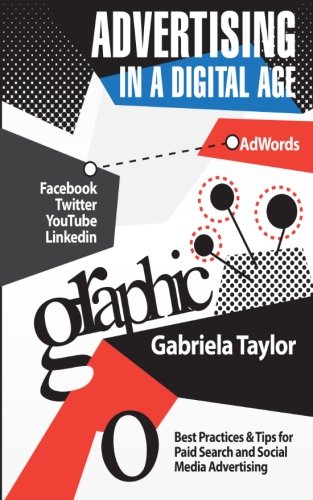 Growth in native ads is trending upward. With more and more web content being viewed over mobile devices, it’s a new opportunity for advertisers to integrate their ads with social media platforms and other web sites. Publishers such as the New York Times now have sponsored content on their mobile apps.

At the same time, consumers are becoming more aware of sponsored and branded content. John Oliver recently delivered a humorous, but blistering attack on native advertising trends on “Last Week Tonight.” Even if we get better at spotting them, will we all continue to click on these ads? Probably.

Am I biting the hand that feeds me? As someone who makes part of his living by writing for websites, I depend on revenue from advertising. Many bloggers and web writers get paid by the click. Like other writers, the more successful an advertisement is - the more people that click on it - the more money I get. If native ads are more successful than other advertising styles, I get better pay.

Writers already use advertising information to decide on topics. Savvy web writers research keywords as part of their search engine optimization tactics. They can find out, in general terms, how much competition is there for particular keywords and how much advertisers pay to place ads relevant to those keywords. Writers with their own blogs choose ad placement, size and style based on what they think will get the best results.

As a writer, I like native advertising if it gets more people to click on ads and results in higher payout to me. As a reader and consumer, I don’t like being tricked and am constantly on the lookout for them. Regardless of my opinion, native advertising is here to stay.