Wikileaks Guide: Top 6 Leaks of All Time made Julian Assange a household name.

Assange: Why the World Needs Wikileaks

So What's all the Hubbub...bub?

Over the course of the last few years and especially the last few months the organization Wikileaks founded by Julian Assange has been extraordinarily busy staying true to their words; keeping governments honest. Maligned in recent news as a terrorist and a rapist in the mainstream media and recently arrested Assange continues with his planned release of documents while attempted to clear his seemingly smeared name. In the list below we give the top trafficked and most significant leaks to date.

The Republican running mate for the White House, Sarah Palin, had her private yahoo.com email broken into. The hacker, 22-year-old David Kernell, the son of a Tennessee legislator (and Democrat). Kernell was found guilty on April 30, 2010, of obstruction of justice and unauthorized access to a computer. He was acquitted of the much greater charges related to wire fraud. He is due to be sentenced Sept. 24 and will likely face up to 21 months behind bars. The campaign experienced a turning point at this juncture as the candidates no longer trusted each other and the polarization into two ideological camps.

On Nov. 28, WikiLeaks released a massive cache of secret diplomatic cables divulging private conversations between world leaders. Lets looks at other famous leaks that were often as damning as they were sensational. 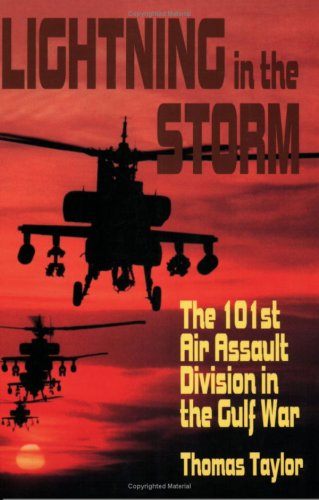 Lightning in the Storm: The 101st Air Assault Division in the Gulf War
Buy Now

WikiLeaks has had a bang up year breaking the leak on footage from July 2007 that showed a U.S. military helicopter killing Reuters photographer Namir Noor-Eldeen in Baghdad. The driver and 10 others were slain after soldiers possibly mistook a camera for a weapon and the reporters for Iraqi insurgents. Many have started to demand an investigation into the actions of the soldier on board the helicopter. U.S. military lawyers announced they would review a second time. No formal report has been released by the date of this writing. A 22-year-old U.S. Army intelligence analyst Bradley Manning - got himself arrested in May charged soon after with 12 counts of illegally transferring classified data onto his computer and subsequently sharing it with an unauthorized party. Lawyers provided by Wikileaks for Manning's defense claim they have not been allowed access to him.

The US Army manual for soldiers working at Guantanamo Bay – “Standard Operating Procedures fro Camp Delta” – was released in 2007. It revealed that some detainees had been denied access from the Red Cross among other abuses.

By Way of Deception: The Making of a Mossad officer
Buy Now

The latest and some might call greatest leaks from the group, a massive amount of diplomatic cables spanning the globe, has caused an international turmoil. Politicians like Hillary Clinton and New York Congressman Peter King stated that the leak was a threat to global security. King even went so far as to call for Wikileaks founder Julian Assange to be prosecuted under the Espionage Act of 1917 and for his site to be deemed a foreign terrorist organization.

Iraq Through a Bullet Hole: A Civilian Wikileaks
Buy Now

Is Wikileaks Good or Bad in Your Opinion?

On Oct. 22, the Wikileaks organization posted 391,832 classified U.S. military documents on the war in Iraq, the largest such leak in history. In a similar July release of more than 77,000 secret documents addressing the war in Afghanistan, Julian Assange, founder of WikiLeaks, distributed documents to several newspapers — the New York Times was among them along with the Guardian and Der Spiegel - in advance. The files revealed many instances of the American military's deliberate dismissal of detainee abuse at the hands of Iraqi allies. In field troop reports and other top secret documents comprised the majority of the July release. Pakistan’s military Intelligence support of the Taliban was also addressed in the reports.

More than half a million text messages were put online, ranging from relatives seeking reassurance from their loved ones to printers’ automated requests to be rebooted. Although the release was controversial at the time, very little information proved valuable to investigators.

In 2008 the membership of the Far-Right British National Party was published on WikiLeaks. Name, address and occupational details of more than 13,500 people even revealed that a number of police officers were current members. It is now know that at least one person has lost their job as a result of being exposed as a member of the party.

The Wars of Watergate: The Last Crisis of Richard Nixon
Buy Now

Other Notable Leaks in History

Men were arrested for breaking into and trying to bug the offices of the Democratic National Committee in June 1972, five of them to be exact. Reporters Bob Woodward and Carl Bernstein of the Washington Post began their investigation into what would soon become the country’s biggest political scandal. Watergate came to stand for far more than just the burglarized building and ultimately led to President Richard Nixon’s resignation in 1974. Aiding Woodward and Bernstein as they connected the dots between the break-in and the White House was an informant whose identity remained a secret for a good 33 years. In 2005 - decades after the journalists won Pulitzers and All the President’s Men won Oscars - the former deputy director Mark Felt (FBI) revealed himself to be the mysterious “Deep Throat.” 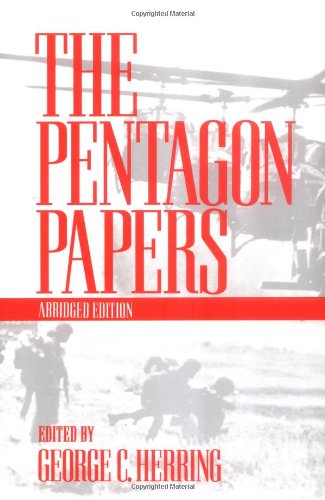 The New York Times ran the first of a nine-part series of excerpts from a classified study of the U.S. military in Vietnam. The papers were turned over to the Times by military analyst Daniel Ellsberg, who had secretly photocopied them starting as early as 1969. Senator Mike Gravel, also entered 4,100 pages of the study — The Pentagon Papers — to the Senate record, thusly making the later publication in book form constitutional beyond a doubt.

So what was in the Pentagon Papers that was so damning? Oh, you know, just the usual evidence of the U.S. secretly bombing Cambodia and conducting coastal raids on North Vietnam, and that four consecutive administrations — Truman’s to Johnson’s — had deliberately misled and deceived the public. Ellsberg was put on trial for theft and conspiracy under the Espionage Act of 1917. Due to legal shenanigans on the part of the State the judge dismissed all charges.

In 2003 George W. Bush and his administration made claims that U.N. inspections were not working, and that Sadam Hussein had weapons of mass destruction, while also attempting to buy yellow cake, along with links to Al-Qaeda 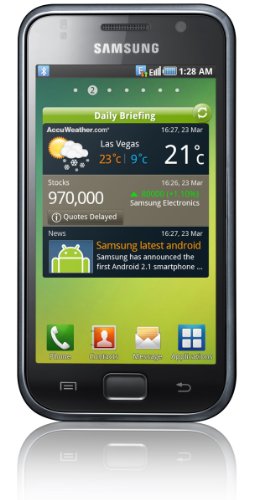