Analytic Geometry -- "I Think, therefore I am.."

René Descartes announced this philosophical phrase back in 1637 when he worked on his 'discourse of Method.' Living his time and thinking ahead, his thoughts got him in big time trouble that could've sent him to jail or to 'hell.'

Today we wanted to work on an article about Analytic Geometry and tried to dive into the mind of this genius -- and we did find things that at first, for the average guy, couldn't mean nothing but a simple biographical essay.

If you notice the notation: (x, y). Given an unknown variable there is an aftermath for everything, like life itself; for each specific action you shall expect a reaction within certain parameters. René left a legacy that changed and paved the way for Calculus. Which mean, he was behind the man on the moon, your IPad and that crazy roller coaster.

We came with this discovery thinking and asking him... in our mind, "why philosophy was intrinsically related to science...?" --- He frowns

So, Analytic Geometry makes sense after all

Just imagine René Descartes facing the European inquisition and Royalty. Actually, four months before his death, he was invited by Queen Christina from Sweden to exchange thoughts and ground breaking science.

Rumors has it that René slept on a bed that was cold. To our opinion, his body temperature added to low and freezing conditions, soaked the bed after contact. Unfortunately René died on February 11, 1650.

In a mathematical analysis:

The World of today...

Just a quick ranting about this crazy world. Imagine that roller coaster that we love so much! Engineers came out with the safest designs for curves and centrifugal strength. Analytically speaking, if we knew that we were going to fit 24 people on a hellish ride, structural designers had to come up with formulas and equations to build the right 'monster of fun.'

Our engineers had to face Physics, Statics, Dynamics and strength of materials. Which eventually would boil down to calculus. But guess what? As we said: without Analytic Geometry there would never be a function Y=f(x) and there wouldn't be differentiation dx, or furthermore, F=m.a wouldn't have made sense without Descartes enunciation.

"we all have a purpose in life"

Imagine a dead beat dad, who barely paid child support for the last 18 years, and son Ted is already grown and ready to face the world on his own. We can create a formula of our own, measuring this kid's feelings toward his dad's lack of commitment:

felt on both sides

meaning that the Love L from Ted 'T' was related to the time and money spent by his dad (P). This formula condenses a 'real life axiom.'

R is a variable that changes with every regret felt on both sides. We notice again the action reaction relationship and its mathematical representation, Y=f(x)

The Basics of Analytic Geometry

By now you should be interested in this subject that we took on our first year in College. So great to know that Descartes, Liebniz, Spinoza, LaPlace, Fermat, Newton and Pascal, besides mathematicians, were famous philosophers as well.

Why is so important?

Before you lay the foundations for a skyscraper, you needed to level the ground and use all the architectural designs taught at Engineering school.

At first it was considered a branch of algebra used to model complex curves and shapes. Let's borrow a small curve equation: if Y=X², a graphical representation of those parameters was needed. Descartes and Fermat came out with the well known 'Cartesian Plane.'

A bi-dimensional solution to tridimensional thinking -- there was no computers back then... just a quill and a will.

Just picture your kids leaving MySpace for 'FaceBook.' Wrong moves and dreadful decisions left one giant, speechless and in agony. Did you hear us 'Bebo' and 'Chime.in'? Going back to the point: In Analytic Geometry, Curves, lines and shapes can be defined as a set of points that satisfy linear, second degree and third degree equations. At some point, Descartes must've said 'eureka!' when he came with a graphical representation of numbers. Two perpendicular lines made sense in his mind. Celestial bodies and tridimensional shapes had to be represented on a manuscript...

A 180 degrees graphic was not 'aesthetic' and practical enough, and was discarded :

We don't want to go in detailed terms of abscissas and ordinates (x, y). There is a limit for the average mind.

We just hope we gave our younger generations a reason to look at this subject with respect. 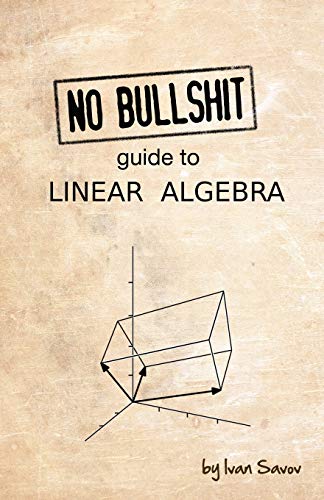