On November 4, 2011, six men stumble out into the light of day, pale but smiling, after being trapped for 520 days! Sounds like a terrible ordeal doesn’t it? But they did it voluntarily!

In an effort to simulate a trip to Mars, these six astronauts spent the last 520 days inside adjoined living modules the approximate size of a railroad car which were further connected to additional modules set aside for exercise and lab work.

These men never left these compartments. The only contact they had with their families was through the use of the internet, but this communication was delayed and often disjointed to simulate conditions that would be experienced during actual space travel. They ate only packaged food similar to that that is available on the International Space Station. 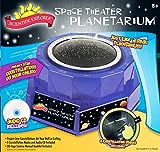 Assessment of Effects of Space Travel

This confinement and all that went with it was an assessment of the effects caused by the stress and fatigue associated with space travel. Real space travel would have an additional stressor (and cool factor) of weightlessness.

These men’s endurance, patience and fortitude were tested, and for what? They did not get to feel the success, the joy, or the sense of accomplishment of actually having completed a trip to Mars. The whole time they had remained in Russia trapped inside several compartments the size of railroad cars without any daylight or fresh air.

So what was their compensation for the mock mission if not the accomplishment? They were compensated approximately $8/hr for the completion of this experiment. That doesn't sound like much does it? An astronaut only makes $8/hr.? Surely that can’t be right? But it is.

The astronauts – three Russians, a Chinese man, a Frenchman, and an Italian-Colombian – will each be paid approximately $100,000. Chinese officials have declined divulging the amount that the man from China would be paid. But the rest will receive … $100,000 each!

The Best New Photos of Our Universe is a slide show of space images that will put you in touch with the most distant parts of the heavens.

Psychologists share that a big stressor for this kind of test is being confined in a small space with no daylight or fresh air and growing progressively tired of each others company. The stress can be even greater on a mock mission such as the one accomplished by these men because they would not feel the sense of accomplishment that someone who had actually made the trip into space would feel. They would not have that reward to look forward to.

The leader of this all man crew had only been married a few weeks before entering the capsules. He now looks forward to spending time with his wife on a beach basking in the sun with the warm water lapping against him.

One of the other remaining astronauts shared that he intends to purchase a sports car, take a pilot training course, and take a vacation to the Caribbean.

Previous Mission Not as Successful

In 2000 a similar experiment with a co-ed crew ended quite badly. A Russian member of the team was accused by a Canadian woman team member of forcibly kissing her. And prior to this even, a fist fight between two Russian team members left blood splatters on the insides of the modules. The incidents were downplayed, and although organizers of the latest team denies it to be based on these incidents, an all-male team was selected.

Members of the crew indicated that they hoped they would be able to help design future missions. One member hoped that this test might mean that “humankind can one day greet a new dawn on the surface of a distant but unreachable planet.”

The Russian space agency stated that this successful experiment helps pave the way for a real Mars mission in the mid-2030’s. NASA also has plans for a Mars mission in the same timeframe. There are still many obstacles that must be overcome before a mission to Mars will be accomplished by anyone, including major costs and substantial technological challenges.

This is one of the really cool things about space travel that these men missed out on! Too bad! It certainly looks like a lot of fun!

From the Edge of a Crater, Amazing New Pics of Mars is a slideshow of Mars’ crater Eneavour as shot by NASA’s rover Opportunity.