Dr. Ford Clempson, Professor of English and frustrated writer, ambled through the streets of a small prairie town in western Nebraska. He walked home from Paririe Tech's campus that rose above a winding river valley lined with C&Q railway tracks going east to Omaha and west to Denver. A freight train rumbled along as he entered his modest home. His wife was on the phone and his children screamed and shouted in the backyard under crowns of cottonwood trees.

"Got a stack of freshman papers, Laura," he shouted. "Going down to my study to correct them, okay?"

When he was halfway through his papers, one of his daughters came down to his study to tell him dinner was ready. This was his routine for the past eight years ever since he gave up the idea of going into the foreign service.

Not much was said at the dinner table, and he and his wife both grabbed a cup of coffee to watch the evening news. Later, he got out his Writing Composition I text to read a little when Laura said, "Ford, please, let's talk. What went on today at school?"

"But," Laura said. "That's what's required of you today."

"Maybe I should have gone into the foreign service."

"Balony! You'd be filling out forms there, too! Learn to relax and enjoy life--write like you've always wanted to."

"But I don't have time for writing with this damn job."

"Would you in the foreign service?"

Ford sulked until 10:00 pm, his usual time for calling it a day. They were both in bed only an hour after the children and fell asleep to the sound of a rumbling freight train.

At precisely 5:00 am came the brief interruption. Ford dreamed that he heard a strange grinding sound until he woke up to the same sound! Only it was worse. Outside, above the roof of his house came the sound of a grinding rumble, not unlike a freight train, but mixed with the sound of stones being sucked up a number of vacuum cleaner hoses. Or maybe it was the sound of dozens of electric trolley car poles clicking along masses of wires above. And there was another sound mixed in, even more mysterious. It was like hundreds of pigeons being released from a giant cage only to be forced up a hollow tube.

He was afraid to look out his bedroom window because he knew it, whatever it was, would see him. Ford didn't wake up Laura as she would have been scared out of her wits. The thing slowly moved away arousing scores of barking dogs. And then he heard what must have been an imitation of a locomotive whistle. Certainly no locomotive whistle quite sounded like that. Was this thing camouflaging itself with C&Q railroad sounds, or was he going crazy?

Finally the sun rose, and a railroad train rumbled through town.

"Listen," he said to Laura.

Ford then described the sounds he heard before sunrise and Laura simply raised her eyebrows and said, "unhuh." After breakfast he left in a huff to teach his classes, and every time a train rumbled through town, he stopped lecturing to listen for thousands of pigeons or stones in vacuum cleaner hoses, but to no avail.

"Look," said Laura at dinner that night, "You want to write, don't you?"

"Why don't you write up a nutty story about the thing you heard?"

Ford looked at his wife sternly and replied, "How can I write about something that I don't even know exists, let alone understand?"

He trudged down to his basement to correct some composition exams and dream about being in the foreign service and not on the far prairiesw of western Nebraska.

I have been told by some that "No! Ufo's make no sounds," and others, "Yes, they do make weird, unearthly sounds."One time only I heard these stones being sucked up by hundreds of vacuum cleaner tubes. My wife insisted that what I heard at 5 AM was nothing more than street cleaners. Street cleaners that can suck up spirits?

Have you ever had a UFO experience? 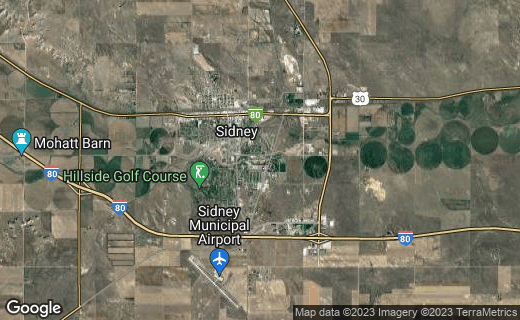