ADHD/ADD | How to Avoid Medicating Your Child

Tracy has been working in the field of education for many years specializing in both Waldorf and Montessori methodologies.

When my son was first diagnosed with ADD (Attention Deficit Disorder) at the age of six, I was shocked. And even though I knew that he had a behavioral problem I didn't expect it to be defined as ADD. My perception of ADD was that of a child who couldn't sit still but that was ADHD (Attention Deficit Hyperactivity Disorder). My son wasn't hyperactive, but his ability to stay on task was only minimal. This affected his efforts to remain interested in anything ranging from a hobby to the completion of schoolwork.

With a clear diagnosis, followed by my own research, I was sure that I didn't want my son to take medication to fix this problem. With the goal of treating without medication, I began my journey to discover healthy options for treatment. Within about a year though, another one of my four children began to exhibit the same symptoms and received the same diagnosis. Understanding the behaviors and treating them, using behavioral and dietary changes, became even more vital to the overall mental health of my family. The treatments for ADD and ADHD overlap, so I will refer to both disorders in discussing treatment options.

One of the first treatments that we tried was individual therapy. This was useful in the beginning, but after a first diagnosis and a few sessions there seemed to be little benefit to continuing. Group therapy seemed a better option. I will explain more about this below.

My meetings with my child’s psychologist were very useful. It was in these sessions that I learned how I should handle a full-blown episode of ADD; this is when children lose the ability to control themselves. I learned that the best thing to do in this situation is to disengage until the child calms down.

My son later began group therapy with the goal of improving interpersonal skills. This turned out to be very helpful and worthwhile. Children with ADD suffer from impulsivity and this can negatively affect friendships and interactions with people since these children react first rather than considering their actions. In group therapy, interpersonal skills are taught and practiced with peers.

Dietary changes offered a great deal of help and in the end, allowed for the near elimination of medication. After trying various special diets and natural vitamin pills and liquids it was the elimination of refined sugar from the diet that had the first greatest impact, while this is hard to do, it is extremely important. When children with this condition ingest refined sugar it can cause negative behavioral changes that in some cases last for days. I found that a sugar-free diet allowed my children to behave with consistency and without full-blown ADD episodes. (see more about eliminating sugar from your child's diet)

In 2010 a report was released which linked pesticides with ADD/ADHD. As a result of this report I made the decision to only purchase organic produce and milk and I have seen great improvement as a result. I am elated with the effect that this has had. I have noticed such a vast level of improvement due to this change that it leads me to believe that pesticides might play a huge part in causing this disorder in the first place, though more research will be needed.

Cod Liver Oil is the Best Supplement for ADD/ADHD 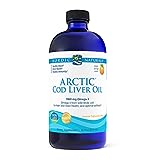 Cod Liver Oil, which contains elongated omega-3 fats, has been shown to improve brain function which especially benefits children with learning and behavioral disorders. Making sure that meals include protein and healthy oils also helps to keep my children in control of their impulsive behavior. My ADD pediatric specialist recommends Cod Liver Oil as the only dietary supplement that he has found to have positive results.

A regular schedule is best for a child suffering from ADD/ADHD. Since ADD/ADHD causes the child to act impulsively, consistent daily and weekly routines allow the child predictable expectations and reactions thereby minimizing problems associated with impulse. 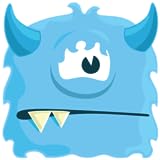 Chores, like sweeping, folding laundry and dishes involve repetitive movement, which has a calming effect. The child might resist the request to participate in a chore, but I find great success in calming the child once even a portion of the chore is completed.

I resisted medication since I was concerned about any possible side effects, such as stunted growth, since these stimulant medications decrease appetite and increase the danger of heart problems. lt became obvious over time that without medication my children would suffer academically as well and that in order for them to continue to progress medication would ultimately be necessary.

As time passed, and with the consistent elimination of sugar, increased consumption of organic foods in combination with the other changes mentioned above, we have been able decrease and nearly eliminate medication.

5 Things to do with an Upset Child

The ADHD Child and the Montessori Classroom