Black Sam Bellamy and the Whydah

Samuel "Black Sam" Bellamy was a pirate captain for only about a year, but in that short time he became one of history's most successful pirates. According to Forbes Magazine, Bellamy was the top-earning pirate of all-time, having plundered over $120 mllion in today's dollars.

Centuries later, in 1984, Bellamy again gained fame when the wreck of his ship, the Whydah, was discovered off the coast of Cape Cod.

The Prince of Pirates

Bellamy gained the nickname "Black Sam" because, rather than wear a powdered wig, as was common at the time, he chose to display his own long, back hair. Because he also showed mercy toward his prisoners, and was often actually quite generous with them, he also became known as the "Prince of Pirates".

Born in England in the late 1600s, Sam Bellamy moved to Cape Cod as a teenager, where he fell in love with a girl named Maria Hallett, from Eastham, Massachusetts. In 1715, Bellamy heard of a Spanish fleet that had sunk off the coast of Florida. Supposedly to aquire enough wealth to support Hallett, Bellamy went to Florida and attempted to salvage treasure from the sunken ships.

Unfortunately, most of the treasure was gone by the time Bellamy arrived. He discovered that there was money to be made in piracy, however, and was soon serving under the pirate captain Benjamin Hornigold, alongside first mate (and future pirate captain) Edward "Blackbeard" Teach.

By the summer of 1716, the ambitious Bellamy had replaced Hornigold as captain of his ship, the Mary Anne. He soon had a second ship, the Sultana, under his command. For the remainder of 1716, and into the early months of 1717, Bellamy, with his two-ship fleet, successfully plundered a number of ships in the Caribbean, amassing a great deal of wealth.

Capture of the Whydah

In the spring of 1717, Bellamy captured the Whydah, a 300-ton English ship used in the slave trade. The ship contained a fortune in silver, gold, ivory and other valuables, making it the greatest capture of Bellamy's career. He increased the number of guns on the ship to 28 (from the 18 it had been equipped with), and made the Whydah the flagship of his fleet.

In April, 1717, Bellamy made the decision to sail northward to Cape Cod. Some speculate that, because he was now extraordinarily wealthy, Bellamy had decided it was time to return to his love, Maria Hallett. 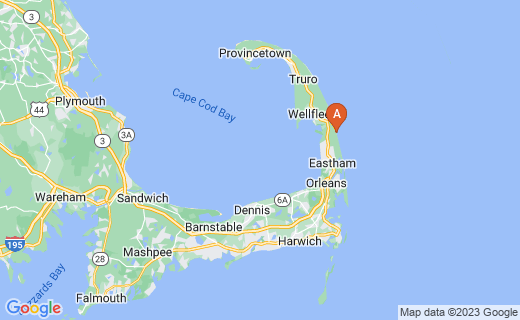 In 1984, the Whydah was discovered a quarter-mile off-shore from Marconi Point, in Wellfleet, Massachusetts.

Sinking of the Whydah

Upon reaching Cape Cod, Bellamy encountered a violent storm. The date is unclear, but on the night of either April 26 or May 17, 1717, the Whydah sank off the coast of Wellfleet, Massachusetts. All of her crew, including Bellamy, were drowned, save for two crewmembers who made it to shore. Seven men from one of Bellamy's other ships also survived. Of the nine survivors, six were hanged for piracy, two were acquitted, and one was sold into slavery.

According to some legends, the ghost of Maria Hallett still roams the cliffs of Wellfleet, waiting for Sam Bellamy's return.

Recovery of the Whydah

In 1984, the Whydah was discovered by underwater explorer Barry Clifford. It was the first positively identified pirate ship ever discovered, and the artifacts, many of which are on display at the Whydah Pirate Museum in Provincetown, MA, have added tremendously to our understanding of how pirates actually lived during the "Golden Age of Piracy".