Dolphin Assisted Therapy Is a Success

However, recent studies from 2000 - 2015 demonstrate positive results in animal assisted therapy (AAT) without negative results or abuse to the animals involved. Some individual animals are likely overworked in this field or are not suited to it at all and practitioners need to definitely attend to that. However, dogs and cats have proved to be much-loved additions to retirement centers, nursing homes, and hospices, bringing comfort to patients and their families. Even some hotels and B & Bs offer a pet cat to borrow for the night5

Voices to the most radical extreme of animal protectionists may be overstating the case against AAT, but any case of overwork or abuse should be stopped and prosecuted immediately.

Dolphins, horses, cats, dogs, helper monkeys, and companion birds have all served in ATT to good effects for clients with a range of conditions that require help. This includes blindness, paralysis, epilepsy, and several others. Autistic children have begun to speak after spending time with a horse or dolphin.

Before reading further, you may want to consider a book written by a horse trainer that believes at least horses and elephants can be employed in therapy with advantages to both human and animal: Still Life with Elephant- A Journey Back to Sanity. After reading and reviewing this particular book, and after reading story after story about animals rescued from animal impound facilities across America and adopted by retirement centers, nursing homes, offices, prisons, orphanages, hotels, groups of wounded Iraq-war Veterans, and schools with outstanding results all around, I have to agree.

Cats, dogs, horses, elephants, and dolphins, at least, all can gain as much as they give in well run animal assisted therapy, whether it is called such or not.

Dolphin Assisted Therapy (DAT) first appeared in the US in the Florida of the 1970s and 1980s at ocean amusement parks. Since then, resorts have grown up around this intervention, resulting in high housing and entertainment fees associated with a stay near the dolphins of many facilities. DAT has, unfortunately, become attached to a high-priced Travel and Tourist trade in some places.

DAT facilities often advertise that their programs are useful in the treatment of neurological disorders and learning disabilities in children, but also cerebral palsy and depression (which may also respond positively in adults). Some wounded veterans seem also to respond well in DAT. 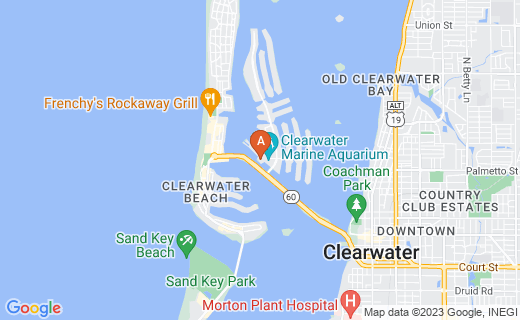 What About DAT Does the Work?

First, water is involved. Water based therapy has proven successful in providing exercise to people suffering arthritis, as swimming does for cardiac patients, and as a supportive place to recover from some forms of paralysis (as Christopher Reeve was doing, before he died of a respiratory infection).

Water is an important part of the therapy. Nearness to a body of water can lower blood pressures among the hypertensives as well and in the 1980s, Russian science investigations found via Workers' Compensation studies that sitting in a dimply lit room to watch fish swimming in an aquarium for 15 minutes can reduce traffic accidents among drivers (based on my own translation of the relevant material).

Some scientists think that ultrasound waves change the neurology of a client in some way. This may, in fact, be true in that children and youth have a CNS that is not yet completely formed, not finished. For that matter, in middle age, white matter begins to grow and continues to do so until death. The CNS is always developing and we know that brain trauma continues to heal to some degree throughout the lifespan as well.

The friendship between children and animals is another part of DAT. It provides companionship, unspoken understanding, and a connection to the realm of nature at its most peaceful. Dolphins also express their own language.

19And Jehovah God formeth from the ground every beast of the field, and every fowl of the heavens, and bringeth in unto the man, to see what he doth call it; and whatever the man calleth a living creature, that [is] its name.

20And the man calleth names to all the cattle, and to fowl of the heavens, and to every beast of the field; and to man hath not been found a helper -- as his counterpart.

Animals are part of humanity's life as friends, companions, and helpers - even some of them as food - but an equal counterpart is found in other humans and in this case, a mate. When people cannot help the suffering child (or adult) with disabilities or emotional trauma, it is the animals that can often step in to help.