The Earth Faces: Sketches of the Earth and Earthy Poetry

This is the Earth...

Some said the earth cries and her tears become rivers and streams. One part of her is sad,another part of her is happy. When she cries a lot, she creates floods. Yet with the same tears she brings in new life and blossoms.

A part of her constantly produces more energy, more plants, and food for all kind of organisms. This part of her is calm though only in appearance for she is always changing.

Another part of her knows that in orders to grow, reorganize, and replenish …to recreate some of the things that have been lost, she needs to use her energy to promote change. Sometimes such changes are small and imperceptible, at other times though her changes are dramatic.

Earth contrast between peace and drastic changes make humans and other creatures fearful. Almost everybody but the trees…they just bend and wait.

Sometimes for earth, change means new blossoms, seed production, seed germination, new individuals…more microbes, mosses, and all the things that like to grow in abundance.

Sometimes change means destruction for humans, though, that is not what it means for the Earth. She brings in volcanoes, eruptions, earthquakes, hurricanes, floods, landslides, and storms. For earth it is just about the energy conversions. Energy and matter always at play. For her changes had nothing to do with moods.

Earth does not really have a name—though some say she is Gaia, while others call her Demeter. Some people even call her mother though she does not care. And there are others who call her god-like names. She is not masculine or feminine or it but a complexity of things. Some even theorize that some humans would mistreat her because they think earth of her as a she. She/he/it, call her as you wish. She really does not really mind that.

She—is simple and yet complex. She is just something in constant evolution. Change is her only constant. Sometimes she has the energy of a he and sometimes the power of ‘we’.

Earth does not have goals or purpose. It does not express anger or fear. Though humans…they need metaphors. She and all parts of herself reorganize themselves with or without humans. For all things humans have done onto her, she has no resentments or joy. She keeps being what it is for the time she is got to live. She has a sun star and a companion moon. Earth’s stars are not eternal nor is she.

Earth is what it is. It is all in a planet like many others yet quite unique.

Earth is what it is. We only understand fragments of it. Perhaps that ought to do with humans being younger and smaller than her…perhaps it is because humans are short-lived creatures thus she outlives them. She changes faces over and over and humans quite don't discover the clues. Hence humans will be perhaps forever seeking to know all about her…and that is her game.

Writer's note: In this sort of androgynous drawing--I don't really assign the earth a gender.The Earth is called ‘she’ in this piece and has been assigned some anthropomorphic features, mostly as a language vehicle or as a metaphor that we humans understand. I wrote this piece out of my fascination for the forces of nature and how they may promote evolutionary changes. My friends know about my fascination for the power of the forces of nature--and their capacity to bring about new beginnings. As an ecologist, I know that certain disturbances are necessary for the maintenance of the planet resilience and for its renewal. Yet for me there is also so much tenderness in ecosystems. Anytime I need comfort, I can always count on pretty much any place where something grows on the earth. I thus wrote this piece in appreciation for all we receive from planet earth! 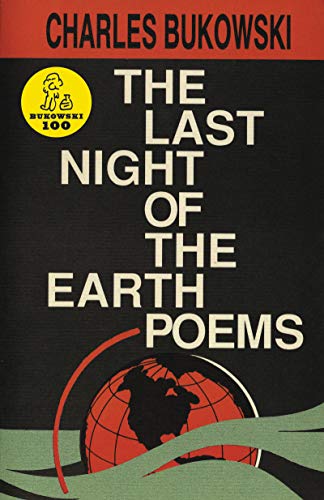 The Last Night of the Earth Poems
Buy Now