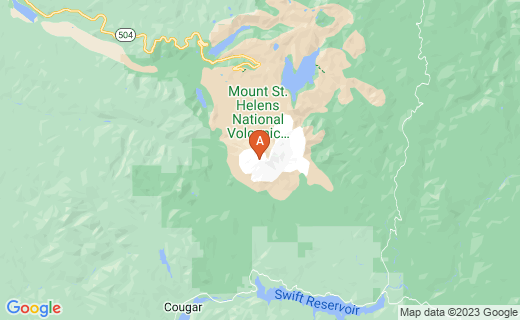 Mount St. Helens in the state of Washington erupted at 8:32 am on May 18, 1980. I remember it very well. I was mesmerized along with the rest of the world as I watched the coverage on television. But nothing prepared me for actually seeing the new Mount St. Helens in person; and I was there in 2008….28 years after the major eruption.

The mountain had been preparing to erupt for three months. Earthquakes are the early warning signs of a volcanic eruption and the first one was in March of 2008. The earthquakes kept increasing in intensity to the tune of 1,500 over 3.0 on the Richter scale. Smaller ash and steam eruptions occurred almost daily. Volcanic vents opened and small avalanches ran down the mountain. The north flank began to bulge and this bulge began to grow at a rate of five feet per day. So scientists knew it was going to blow and even where. But they didn’t know when. Fifty-seven people died that day, including one US Geological Survey scientist. He was six miles north of the volcano at what was considered a safe distance. No one expected the devastation to be so widespread. It was the earthquake on May 18th that caused the avalanche-landslide, one of the largest in recorded history. This is what created the crater which measured 1.2 miles wide by 2.4 miles long and around 2000’ deep. The avalanche-landslide came down the north side of the mountain and careened in three different directions. One fork rammed into Spirit Lake. Another veered into Coldwater Creek. The majority stormed down the North Fork Toutle River gathering debris and creating havoc as it raced along. And then the mountain erupted. The blast consisted of hot gas, rock, ash and ice. It destroyed two hundred and thirty-five square miles north of Mount St. Helens, and covered them with hot volcanic debris. Ash blew east across the US as far away as 950 miles and it blanketed eastern Washington, Idaho and Montana. The explosion was heard over 700 miles away, but curiously it was not heard in the immediate or surrounding areas.

Mount St. Helens is now a National Volcanic Monument. The Coldwater Ridge Visitor Center is a great place to learn about and fully understand the events as they unfolded. There are step-by-step exhibits and a must-see movie that is horrifying and almost unbelievable. There are also hiking trails which give you good views of the barren landscape and the areas that are slowly recovering. While I was walking the trails and taking pictures I could see a small plume of white coming out of the top of the crater. I was hoping it was a snow avalanche and not steam rising! It was an eerie feeling and made me wonder why I was standing so close to a recently active volcano.

But there are many signs of rebirth. Grasses and flowers returned first. Some of the first plants to appear were the Canadian Thistle and Fireweed. These are considered as pioneer plants as they are the first to appear after major fires. The orange Indian Paintbrush and bluish-purple Lupines and Penstemon were in abundance when I visited. There are also shrubs and smaller trees. But the landscape is still very barren, even after 28 years. In some places it is almost like you are gazing upon a moonscape. Many of the trees that were blown over by the blast still lay where they fell. They look like a bunch of toothpicks littering the ground. Thousands of acres of trees were destroyed and thousands of animals and fish. It was a somber, thought-provoking experience.

This wasn’t the first time the volcano erupted nor will it be the last. Current predictions have another major eruption occurring around the year 2130. Mount St. Helens has over a hundred and twenty years to recover before the cycle begins again.

For more detailed information, check out these websites:

Mount St Helens: The Eruption and Recovery of a Volcano
Buy Now