The Bully, Emotions and Abuse: Are Humans Naturally Violent?

The concept of "fight-or-flight" is taught in every introductory psychology course as well as many other classes; however, it is taught as an either-or choice, rather than the three pronged opportunity it actually presents.

A third option is to ignore the threat and this option is often taken by 1) children that do not know about danger and dangerous situations, 2) individuals that have a mental disorder that prevents them from recognizing threat (including Stockholm Syndrome), or 3) an individual trained to ignore a threat through mental and physical techniques. In the animal world, the third option is self-grooming or self-mutilation. In the world, some rodents and other species will begin grooming when they cannot decide to fight or run; or, they might simply chew on their own limbs or tail.

Overpopulation Can Cause Stress

DNA and the Emotions

Although humans are genetically programmed with a fight-or-flight choice for survival of the species, they are not inherently violent (APA, 2006; White Ribbon Campaign, 2006). The compelling evidence is that humans fight or are violent only when attacked, stressed, or provoked - or when mentally ill. A species that purveys violence and death against itself is a human anomaly that indicates a problem with mental health and/or societal systems. Further, the American Psychological Association states that violence begins in childhood with childhood maltreatment, or child abuse (APA and Lutzker, 2005). This could also begin within a totalitarian culture and government supervision. More recent findings from 1998-2008 at the Houk Institute in the Midwest find that violent behavior can be instilled in infants, especially during the first 3 months of life, if if violence or severe mental disorders (SMDs) are present in either parent/caregivers that are around the child a substantial amount of time.

As stated on the Santa Cruz IMC website: "'Testosterone poisoning' and ‘boys will be boys' are slang euphemisms that perpetuate the myth that men are ‘naturally violent'" (Bold, 2006). It need not be so.

Bold further states: "Even if men were ‘naturally prone' to violence, they have free will and can choose whether or not to act out violent impulses...Humans are naturally altruistic...It takes a lifetime of conditioning and trauma to make men violent." This opinion is echoed by the website www.sfgate.com: "Military training camps, police academies and even some self-defense pros are constantly searching for more effective methods of suppressing the human revulsion to taking human life..." (Haddock, 2006).

White Ribbon Campaign totally agrees with these ideas of Bold and Haddock, stating that violence can be learned, and is not genetic: "Studies over the past century have found that half of the tribal societies studied had little or no violence against women, against children, or among men... Violence is something that some men learn. Men's violence is a result of the way many men learn to express their masculinity in relationships with women, children, and other men... Women are not immune from committing acts of violence "(White Ribbon Campaign, 2006). Indeed, aggression in females to the bad and the good has been on the rise since the 1980s and is examined in See Jane Hit. We must also remember that when the population increases to a certain critical mass, violence begins to manifest under the duress of reduced space and resources and the THREAT or possibility of reduced space and resources.

Violence results from stressors and threats that come in many forms. Stress arises when one's basic needs are unmet or under-met long-term, including shelter, food, water, mating, clothing, and autonomy. Even creative outlet and need to do meaningful work can be added to this list in many cases.

Other major stressors arise from all types of abuse that is prevalent in society: verbal, physical, emotional, sexual, financial, religious, and spiritual (APA, 2006; Bold, 2006). Notice that these forms of abuse attack individuals and groups at the point of their basic needs.

Stress also affects abusers if the object of their abuse leaves or they feel that they are losing control of the person(s) they are abusing. All of these factors can lead to violence if unchecked. Additionally, violence results from military training and preparation for war. Further, the use or abuse of alcohol and drugs can result in violence (APA, 2006; White Ribbon Campaign, 2006).

A new feature length animated film released in Spring 2015 is called "Inside Out." It portrays a young girl's emotions as characters at a dashboard in her brain. The story shows how emotions are never "wrong" but can become confused, expressed inappropriately, and finally, channeled to be useful in life.

"Inside Out" - When Emotions Feel Uncontrollable

But wait! Mom also has sadness, and it is portrayed by Lori Alan, who voices Pearl the Whale on "SpongeBob SquarePants."

The director and producers of this film whop to reach children with the message that emotions do not need to run their lives, but can be useful and many can be enjoyable. 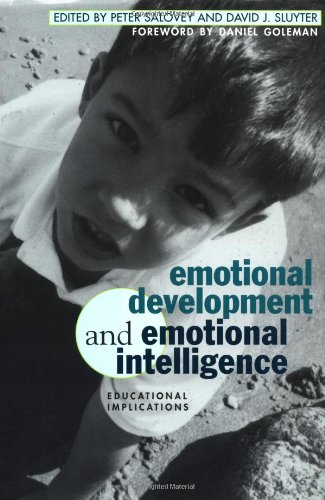 Hero in the Hallway! - Preventing Violence

Violence and Women: History and Culture

The reality is that the brains of human beings -- unless they fall within the demographic sliver we call psychopaths -- are hardwired not to kill other humans...

Haddock states in 2006: "The reality is that the brains of human beings -- unless they fall within the demographic sliver we call psychopaths -- are hardwired not to kill other humans... That's why military training camps, police academies...self-defense pros are constantly searching for more effective methods of suppressing the human revulsion to taking human life -- virtually rewiring the brain to react first in certain situations with an automatic response to kill " (Haddock, 2006).

Haddock calls this violent reconditioning "killology" and that it is learned, not natural.

In World War II, US soldiers with a clean shot at the enemy actually shot only 1 time out of 5, according to Army historian Brig. Gen. S.L.A. Marshall (Haddock, 2006).

These GIs dodged bullets and rescued fellow soldiers, but mostly refused to fire on the enemy. The US government demanded more killing in battle, thus fifty-five percent (55%, over half) of our soldiers fired on the enemy in the Korean War. Thus the killing rate increased.

In the Vietnam Conflict, this shooting rate increased to 90%.

Soldiers today train in simulated combat, in behavior modification drills, where the targets are now people-shaped pop-ups that reward points for each hit. These drills are repeated fanatically to create muscle memory and rewire the brain to do violence (Haddock, 2006). The violence is nearly automatic in battle and may need to be, since automatic weapons fire is difficult to dodge.

American and other military and police forces use strict behavior codes and authority figures that give orders to do violence. Yale psychologist Stanley Milgram established that almost two-thirds of people (67%) are willing to administer shocks to others, including a lethal 450 volts, at the order of a scientist in a white lab coat (APA, 2005; Haddock, 2006).

I agree with the APA in their stance that violence is a serious public health problem that can be prevented (APA, 2005). It is preventable in families through parenting classes when needed, through various public health prevention efforts, in schools K-12 with classes and interventions, and in changes to government policies that promote violence training.

"Because evidence shows that a cycle of violence seems to begin with child maltreatment-which includes not only child physical and sexual abuse but also neglect-the contributors examine the possibility of connecting the disparate intervention areas in both research and practice. Contributors often draw on large-scale studies conducted by the government in their discussions of approaches to violence prevention..."

This statement indicates the both the APA and the American government believe that violence is preventable, not natural. I agree with them.

All of this information is substantial in demonstrating that not only is violence:

This indicates, therefore, that abuse is violence and is unhealthy, although it may be the norm or average behavior manifested in a stressed population or in a person lacking resources or perceiving threat to its/his existence, status, and power.

One part of the answer is prevention in the form of education early on the lives of parents and children and the education of society at large to recognize cuasation and symptoms of violence and the overarching spectrum of emotional disorders in self and others.