French (and other languages) on the Cheap

Applicable to more than just French

As a recent comment mentions, the tips on this page can be applied to language-learning in general, not just French. So, if you're learning Mandarin Chinese, Spanish, Italian, etc., take these pointers to heart and tweak them to serve you best. Good luck!!

Long story short: I have no money. But I've found ways to satisfy my desire to learn French. Through my financially prudent efforts--some of which are the same as those mentioned in the video--I carry a minor in French, am licensed to teach French, and have visited France three times (The second time was completely free, and the third time was at a discounted rate.). Don't think that you always have to spend money to learn a language. Make up your mind to learn a language and follow through with it.

Benefiting from the DVD audio option

Let's say that you have a collection of DVDs. Naturally, none of them are going to be originally in French, but there's no need. Switching the audio setting from English to French and turning on the English subtitles is a good way to expose yourself to not only the sound, pronunciation, and cadence of spoken French but also the useful, contextualized phrases. In other words, you'll be hearing things that you can actually use in everyday conversations, even if you're talking to yourself.

With a very basic French background and help from a language dictionary, you can begin to piece together fun conversational phrases and idiomatic expressions. Here are a few that I picked up from Disney's Frozen:

Because of their somewhat simple language and manageable pace of speech, movies intended for children--like Disney animated movies--are a great choice for learning French. Frozen--and trust me, I'm not trying to endorse this movie--gave me this clever expression: "Donner, c'est donner; reprendre, c'est voler." Literally translated, it means "Giving is giving; taking back is stealing," which simplifies to something like "You gave it to me, so I'm keeping it."

Moreover, paying attention to the lyrics in the movie's songs provide a varied perspective into the characters and French culture as well. Frozen's immensely popular "Let it go" is adjusted to "Libérée, délivrée," meaning "Liberated, delivered." Isn't that profound? I've found that, compared to their English counterparts, French lyrics are typically more poetic and profound, but it might just be me who thinks this. Whatever the case, the lyrics still serve as a gateway into an understanding of the language and culture.

Using the Rosetta Stone (or other software)

Shortly after I graduated from college, I made the investment in the Rosetta Stone software--the full set. It was quite a hefty price, but again, it was an investment. Therefore, know this: If you're not willing to invest time to using the software and practicing out loud to yourself, then you may want to find a cheaper alternative.

Don't get me wrong. Contrary to what many others say, I think the software works. Through repetitive, contextualized, and inferential immersion, the Rosetta Stone finds a way to casually drill the new material into your head and compel you to keep it in use as you learn even more. Yet again, one of the big things is speaking the French yourself. Honestly, I don't think that it is enough to practice French only with the software. Instead, you need to practice it on your own. Talk to yourself in French if necessary. Translate things you see into French. As you speak, try to speak faster and more naturally. Who knows? As you're walking down the street French-talking to yourself, you may find someone else who speaks French as well. And that's the beginning of a beautiful friendship!

Also, know that the Rosetta Stone software added an online component a few years ago. With TOTALe (an add-on price, I believe), you're able to practice your written French with people across the nation. Occasionally, you get to speak to and interact with a native speaker who makes the learning seem more relevant. Why? Because you're actually using it! You're speaking French to a French person! It's quite refreshing and motivating!

Remember, though, that if you choose the Rosetta Stone (and I suggest getting the free version first), it will be beneficial to your learning to supplement it with other practices--speaking French to yourself, watching online French tv/movies, translating French song lyrics, etc. Finally, while I can't promise that you'll become so fluent that you'll start to dream in French (as the commercial suggests), I can safely say that with determination and time, you will be able to speak, write, and understand some French.

What's your experience with language-learning software?

Take a listen to this French song 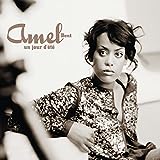 Un Jour D' T
This was the first French CD I ever owned. Still blown away by Amel Bent's voice.
Buy Now 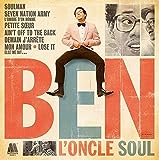 In case you're musically inclined and prefer to devote your French-learning time to understanding French songs, here are a few popular artists--old and new--that I have listened to and learned from. Most of these artists are R&B. It's strange: Each time I listen to them, I hear and understand a new phrase that I hadn't understood before. It's great! Before trying to translate based on sound, I advise looking at the lyrics first and trying to translate a part of them. This way, you'll go into the listening comprehension session armed with a bit of direction. When you're searching for French lyrics, it might help to use the word paroles instead of lyrics.