Galileo and the Telescope: How 400 Years Ago Galileo Changed the World

Galileo, an Italian professor of mathematics, did not invent the telescope. No one knows for sure who the first inventor was. But this new device spread quickly across Europe. At first it was more of a parlor toy and it was used by the military. But when Galileo heard of it, his first thought was it would be a great way to make some extra money! Teachers didn’t make much money in those days. He improved on the design and sold his telescope to merchants who used them to keep track of the ships coming into port. But because he was a man of ambition and imagination, he soon turned his telescope to the heavens in 1609 and astronomy was born. What he observed changed the course of the world. 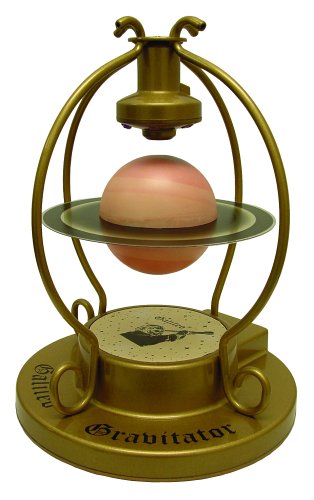 Galileo first pointed his telescope at the moon and learned the moon was not smooth but covered by mountains and craters. This helped prove that the heavenly bodies were not perfect as touted by Aristotle and taught by the Catholic Church.

Jupiter and its Four Largest Moons

In January of 1610, Galileo discovered the four largest moons of Jupiter, now called the Galilean Moons, orbiting around Jupiter. It reinforced his view of a sun-centered universe introduced a century earlier by Polish Cleric, Nicolas Copernicus. Of course in the 1600’s the earth-centered universe proposed by Aristotle in the 14th century was the gospel truth and anyone disagreeing was in trouble with the Catholic Church.

Image to the right is the edge of Jupiter with its Great Red Spot, and Jupiter's four largest moons, known as the Galilean satellites. From top to bottom, the moons shown are Io, Europa, Ganymede and Callisto.

The Phases of Venus

In late 1610, Galileo observed the phases of Venus, which are very similar to the Moon’s phases.  He observed all of its phases and the only explanation could be it was orbiting the Sun, not the Earth. It was the first conclusive and observational proof of a sun-centered universe.

the planets are disks, the sun has sunspots, the cloud called the Milky Way was composed of stars not seen before, Saturn had ‘ears’. His telescope was not good enough to see the whole rings so all he saw was pieces at either end that looked like ears.

Galileo’s observations and publications, along with his unshakeable determination, threw him into disfavor with Pope Urban VIII. Eventually he denied what he knew to be true and stopped all of his astronomical investigations. He died under house arrest. A sad ending for a brilliant man, but his work lived on. Optics for telescopes was greatly improved showing more and more detail and seeing farther out into the universe. The Hubble Space Telescope has greatly expanded our knowledge of the universe and was the culmination of astronomers’ dreams to have a telescope in space.

This year was dubbed The International Year of Astronomy. It is a celebration of the exploration of the universe and marks the 400th anniversary of Galileo’s first use of the telescope and recognizes his discoveries that created modern astronomy. Everyone is encouraged to get out and observe the heavens be it by the naked eye, binoculars or telescopes.

Are You Out There?