The Hubble Space Telescope: Astronomers Eye in the Sky

Astronomers dreamed of a telescope in space or an eye in the sky for many decades. The Hubble Space Telescope was the result of those dreams.

The Design and Construction of the Hubble Space Telescope (HST)

In 1973 NASA selected a team to design the telescope and its instruments. The specs originally called for a 118” mirror but funding problems cut that down to 94.5”. Funding issues also made it necessary to establish a collaboration with European Space Agency (ESA) in 1975. ESA supplied some of the instruments and the solar panels to power the spacecraft. NASA guaranteed them 15% of the telescope’s observing time. Marshall Space Flight Center in Huntsville, Alabama was responsible for the design, development and construction. Goddard Space Flight Center in Greenbelt, Maryland developed the instruments and became the ground-control center.

It took almost a decade to construct and assemble. The precision ground mirror was finished in 1981 and the optical assembly in 1983. The entire spacecraft was finished in 1985. NASA originally scheduled the launch for 1986 but delayed it after the tragic Challenger incident. It was finally carried into space by the space shuttle Discovery on April 24, 1990.

The telescope was named after the American astronomer Edwin Powell Hubble (1889-1953). He was responsible for expanding the universe beyond the Milky Way and the Hubble Space Telescope would end up taking fantastic images and expanding it even more.

Anyone can apply for time on the telescope. There are no restrictions on nationality or academic affiliations. But competition is very intense and less than 20% of the applications are approved.

Astronomers awarded 13 amateur astronomers time on Hubble between 1990 and 1997, but budget cuts stopped any further approvals.

Scheduling for time is not simple. Because of its low Earth orbit required to allow the space shuttle to reach it for servicing, most targets are hidden by Earth for about half of each orbit.

The original cost estimate was $400 million. The actual cost was more than $2 billion.

Hubble has orbited billions of miles around the Earth, more than enough for a round trip to Saturn.

Hubble optics can observe everything but the Sun and Mercury. The sunlight would damage its sensitive detectors.

By avoiding the Earth's atmosphere, the HST gives sharper images and better resolution. The first image taken with the HST was intended to assist in focusing the telescope. This image is in open cluster NGC 3532, in the southern constellation Carina.

Hubble’s most imaged object: Earth – it has to image Earth to calibrate its imaging equipment and to make sure the cameras are still working. 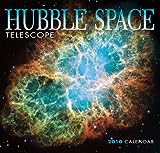 Power Source: energy from the sun. It has two 24.6’ solar panels. The telescope on average uses 2800 watts.

Hubble can lock into a target without deviating more than 7/1,000of an arc second or about the width of a human hair seen at a distance of 1 mile (1.6 km).

For power storage Hubble has 6 nickel-hydrogen batteries with a storage capacity of approximately 20 car batteries.

Hubble transmits 120 GB of data per week. The data and pictures are stored on magneto-optical disks.

More than 4,000 astronomers around the world have used Hubble to observe the universe.

Hubble has provided data for over 6,300 research papers.

The colored pictures are a combination of black & white exposures to which color has been added during the processing. It is equal parts art and science. The colors in the images are not always what we would see if we could see it in person. Color is used as a tool to depict how the object might look if your eyes were as powerful as Hubble’s, to see features invisible to the human eye or to bring out subtle details.

Astronomical objects come in wide range of colors. Hubble sees all the visible wavelengths of light and many more invisible to humans such as ultraviolet and infrared light.

Many full-color images are combinations of only three images; red, green and blue. That is how TV’s, computer monitors and video cameras recreate color.

A little more than a month after launching, astronomers discovered a flaw in Hubble’s primary mirror. It was discovered the mirror had been ground to the wrong shape. This mission improved Hubble’s vision problems by installing an optical fix and a new camera.

Discovery astronauts improved Hubble’s ability to see further into the universe by installing cameras that could observe infrared light.

This mission installed a new camera bringing Hubble into the 21st century. They also replaced the solar panels with more efficient ones and new steering equipment.

This was the last planned service mission for Hubble. They accomplished a never envisioned task. They repaired two instruments on-site that had stopped working. And since this was the last mission they did a major overhaul to renovate Hubble’s spaceflight systems. They also replaced any damaged protective blankets and installed a Soft Capture Mechanism which will allow a robotic spacecraft to attach itself to Hubble and guide its descent back to Earth when the time comes to retire the telescope.

Some of Hubble’s Discoveries

Hubble was instrumental in discovering dark matter, a mysterious substance that seems to cause the expansion of the universe to accelerate. It imaged a comet collision, tracked planetary storms, charted the outer solar system, showed us all the stages of evolution of a galaxy, and so much more. Hubble has given us our deepest look into space and our longest look back in time.
Hubble is still sending back images and data but no one knows for how much longer it will continue to operate.

The next telescope to be launched is scheduled for 2014. The James Webb Space Telescope, named after a former NASA administrator, will be an infrared telescope with some visible light capabilities residing in an orbit about 1 million miles (1.5 million km) from the Earth. It will have a large mirror 21.3 feet (6.5 meters) in diameter and a sunshield the size of a tennis court. Both the mirror and sunshade will not fit onto the rocket fully open, so both will fold up and open once JWST is in outer space. It will have 10X the light gathering power of Hubble! JWST will peer deeper into the universe than ever before. Amazing discoveries are in our future!

Are You Out There?

www.hubblesite.org – the official website of the Hubble Space Telescope

www.jwst.nasa.gov – the official website of the James Webb Space Telescope