Who were Greek Gods - Greek Mythology

Jupiter or Zeus, Dias or Jove in Latin, Lord of the heaven, God of Thunder and Rain, King of Gods.. (He who gathers clouds) ...

Dias(Zeus) symbolizes an ancient Greek omnipotence and an absolute power. He defeated his father Cronus and the Titans and managed to throw the Giants into Tartarus. Known for his amorous adventures, which always couse a jealousy to his wife, goddess Hera. He is also known as a God of hospitality. He could control everything and everyone but he preferred only love matters and personal pleasure. Trough years he was seducing goddesses and beautiful mortal females. The reason he became king of Gods is because he freed all his brothers and sisters from Cronus' stomach.

One of the strongest Olympian gods in the ancient Greek-mythology , was considered Poseidon. All seas, oceans and even fresh water lakes belonged to Poseidon. He was called many times as King of the Seas. Poseidon was very angry with Zeus(Dias) who took the kingdom of heaven and he, (Poseidon) had to rule the kingdom of the sea. Recognising Dias as ruler of heaven was very difficult for Poseidon, as Dias was his youngest brother. But Dias was the one who freed all Cronus's children by letting them out of his stomach. Temples of God Poseidon can be found near the shores of the sea. People worshiped him and made sacrifices for him, to have safe passage though the sea.

The God of the death and underworld. He possesses the earth's hidden wealth, precious metals and precious stones. His consort was Persephone. One of three sons of Cronus and Rhea, he was chosen to rule the underworld, so no dead would ever come into the world of living. His real name is Pluto (Πλούτων) but the best known name is god Hades (= Aidis = hidden, he who is not shown). Hades is an invisible god, he has a magical helmet of invisibility. The helmet was one of the three gifts , given by the Giants to gods to help in defeating Cronus and Titans. The other two gifts are the lightning of Zeus and the trident of Poseidon.

She is a Goddess of love, desire, passion and beauty. Being married, to Hephaestus, never made her monogamist, she had many lovers. It is said that she was the most beautiful female among mortal and immortal creatures. Many poems were written to describe her perfect face and body, many statues were created to honor her beauty. They say, she was emerged from the foam of the sea on the shores of island Cyprus, in the area called Pafos or Paphos. She is also known by the name Venus.

One of the sons of the god Dias (Zeus) and the goddess Hera, was Ares, known also as a God of war. Cruelty, violence and bloodthirsty are the nature of Ares. In sculpture art that still remains after so many centuries he is presented as half naked man with sword and helmet or even with full body armour, a perfect warrior. He has been described as unreliable creature with often mood changes. He is everything that chaos of war presents. Ares is also called Mars. He is the opposite of Athena.

Artemis and Apollo were twin brothers, born from the union of Dias (Zeus) and (Leto). Apollo is everything about art, beauty of men, light, poetry and healing. Many times brother and sister (Apollo and Artemis) were represented as sun (for Apollo) and moon (for Artemis), they both had bow and arrows as a weapon. Apollo's statues are perfect and beautiful they emphasise the beauty of male body. Even now, when it is said, "you have a body of Apollo", it is meant to describe a perfect male body proportions.

Twin sister of Apollo , a goddess of hunt, childbirth and wildness. Virgin goddess is associated with moon. Artemis often described as young girl/woman dressed in a short chiton, having her legs half naked. A perfect huntress with bow and arrows. Her image/look were the same as the look of amazons, sometimes she was called, Goddess of Amazons. It is said, that she taught the very first amazon the art of hunting. The other name of Artemis is Diana.

If you are looking for intelligence, battle strategy, warfare, and above all wisdom, the Goddess Athena has it all. The legends says that Athena was born from the head of Dias (Zeus), fully formed as a grown female with full body armor. Long dress, spare and shield are her weapons . Many poems are describing her grey/blue eyes and beautiful white skin. As protectress of city Athens she was worshiped by its citizens. Her latin/roman name is Minerva.

She is a sister of Dias known, as a Goddess of harvest, growth and nourishment. She had a power to control a life cycle of plants, symbolising the passage of the soul in life and afterlife. She appears as a mature woman that holds torch and sheaves of wheat.

God of fire, steel and stone crafting. Son of Dias and Hera's who has experienced an abandonment from the moment of his birth. Hephaestus was contempt even by his own mother. He is the ugliest of the gods, his horrible skin, body and face could not been tolerated among perfect gods. Hera, shortly after his birth, unable to accept, that such beautiful goddess as herself could ever gave a birth to a creature so ugly, threw him away from the mount Olympus. Little immortal child fell in the ocean where he was found and raised for his first nine years by Thetis and Eurynome, as an exchange of such kindness he repaid them with jewellery made from corals and pearls. It is said that the real reason he was thrown away is because he protected his mother from Dias during the times of couple conflicts. Hera being unable to tolerate the infidelity of her husband had ignited the fight with Dias, who dared to have an affair with a mortal, Alcmene (mother of Hercules). Not being able to control the pressure coming from both mother and son, Dias grabbed the child and thrown him so hard that he landed badly on some rocks of island Lemnos. Since then Hephaestus could never walk normally.

Hera or Juno as she is called in Latin. Powerful Goddess , protectress of marriage. Hera is one of the most interesting figures of the ancient Greek mythology. Daughter of Cronus and Rhea, the only lawful wife of Zeus. Unique goddess of heaven, protectress of marriage and everything that marriage represents. She is faithful and devoted, believing that husband and wife is master and wife, but she is also very dynamic and resourceful, fractious and grumpy, oppressive and jealous, passionate and vindictive. She believed in revenge, and she crashed everything in her path. She was fighting to have everything that rightfully belongs to her. Her marriage was a field of disputes and conflicts. She was born in the Island Samos.

The abilities of Hermes were very useful for almost all the gods who admired him for his "wit cunning". He was entrusted with many challenging missions. Impressed with his abilities Dias (Zeus) gifted Hermes a pair of winged sandals and a caduceus(wand) granting him a position of personal messenger. With speedy sandals Hermes flew everywhere, he was transferring the will/message of Dias to mortals and was informing Zeus about the land of mortals. Having conquered the ability to fly between heaven and earth Hermes quickly managed to gain the ability to travel to the underworld too. The king of the underworld Hades himself admired Hermes for his abilities and allowed him to enter his kingdom freely. 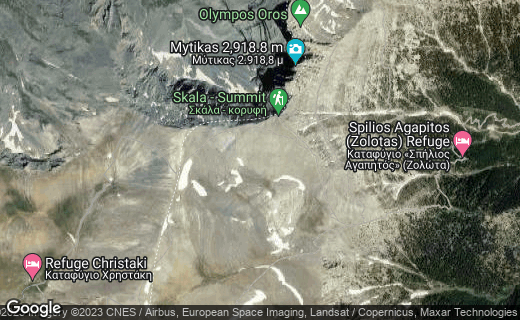 Would you like to read more about Greek mythology?