Spaceport America is Open For Business In New Mexico

With the retirement of the last US Space Shuttle came a flurry of activity to outsource laid-off shuttle workers and to pursue contracts with private aerospace manufacturing firms for new space flight modalities. NASA's plan was to begin immediately to spur development of a Suborbital Passenger Vehicle (SPV), commonly called the Space Taxi.

The new vehicle is to be used first to transport astronauts between Earth and the International Space Station (ISS), reducing dependence on Russian vehicles. As such, it is to be a 7-seat capsule that is larger than those of the Apollo Program. A look at the first iteration is an eerie recall to the past (see video below). It makes us think of Gemini and Apollo Astronauts and realize that only two from the original Mercury are still living at this time: John Glenn and Scott Carpenter.

After the Space Taxi, or concurrently with its development, NASA plans to launch a heavy-lift rocket to propel people and freight once again to the Moon, and then to asteroids and on to Mars. NASA salvaged equipment destined for snuffed out projects like the space shuttle and the stillborn Constellation Moon Exploration Program. The heavy-lifter will be called the Space Launch System (SLS), to be launched in 2017.

In May 29, 2014 SpaceX supplied the First New Manned Spacecraft completed for the United States since the Space Shuttle Program ended in July 2011. In December 2015, the spacecraft was contracted to fly to the International Space Station twice annually with passengers and freight.

The demand for astronauts, aerospace engineers, engineering technicians, flight mechanics, spacesuit designers, and other workers increased markedly throughout the private space industry and at NASA beginning in 2015.

Investigate the possibilities of future employment in emerging careers at NASA Jobs and support the American Space Program. From 2015 - 2035, NASA will be advertising for candidates for asteroid mining and space taxi driving as well.

A new class of astronauts began their mission in 2013, readying for Mars and you could be in the next class. The 2016 class will accept applications until mid-February 2016. Requirements are changing in order to include a wider diversity of people in the astronaut program.

SpaceX already has a heavy-lift rocket called Falcon Heavy, billed as the most powerful worldwide and able to lift twice the payload size as the old Shuttle. The NASA Commercial Orbital Transportation Services (COTS) program contracted with SpaceX for the Dragon reusable space vehicle as well.

Approximately 180 jobs are already open with this company in mid-October 2011, with the most in-demand titles listed below. Jobs in California and the Texas test site have been increasing since August 2011. Apply online at www.spacex.com/careers.php

3) Virgin Galactic, The Spaceship Company and The VSS Enterprise

NASA was serious about outsourcing their laid-off Shuttle employees -- Mr. Mike Moses is VP of Operations for TSC, and formerly the Deputy Space Shuttle Program Chief at NASA.

A larger number of jobs is set to open as Virgin Galactic opens its new operations in Las Cruces, New Mexico. Space tourism is a reality in 2012, depsite many that believed manned space flight was a thing of the past for the USA after the retirement of the US Space Shuttle fleet during Summer 2011.

NASA was already serious about contracting with private companies and took effective action to being about contracts. Virgin Galactic in late 2011 began its gear-up to take tourists to the 70-mile suborbital locus above Earth. Tests were already underway with the carrier ship and the new spaceship or spaceliner. Excitingly, the spaceship is to be routinely launched in mid-air.

The test ship is SpaceShip Two, which holds 6 human beings in flight. Once ready to transport passengers at a ticket price of $200,000 in 2012, the spaceliners will take off and land from Spaceport America in New Mexico not far from Las Cruces. A $209,000,000 start-up cost created the spaceport.

North America operates 13 spaceports, 12 of which are in America and one of which is located in Canada.

The VSS Enterprise, Ready for Lift Off

Permits Secured for Take Off Given in 2014

Spaceport America Is In Business 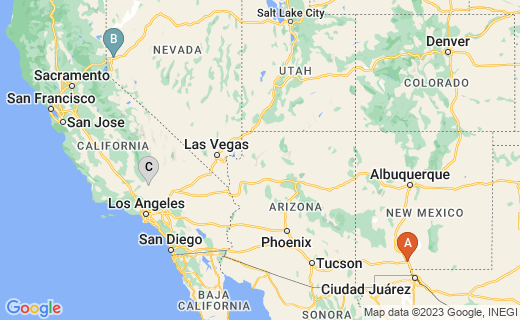 This is a long-time government contractor of aircraft, and now spacecraft -- 5,800+ jobs and Internships are available in locations across America and in China and other countries.

Already in June 2011, Boeing had developed its CST-100 capsule, the size and shape being between that of the Apollo and Orion models. Boeing workers prepared to fly it to the ISS themselves before the end of 2015.

The Orion capsules from the scrapped Constellation Program will be used as Space Station Lifeboats (SSL) for emergencies.

Spaceplanes: From Airport to Spaceport (Astronomers' Universe)
Starliner is the popular name for spaceships that carry passengers. In 2015, permits have been issued for their use. Pilots and other related employees are needed.
Buy Now

A surprise to some observers, this company was founded by owner Jeff Bezes of Amazon.com. Website: www.blueorigin.com/.

Apply online at the company website for the following positions and check back often to Blue Origin for new jobs in aerospace and aeronautics. 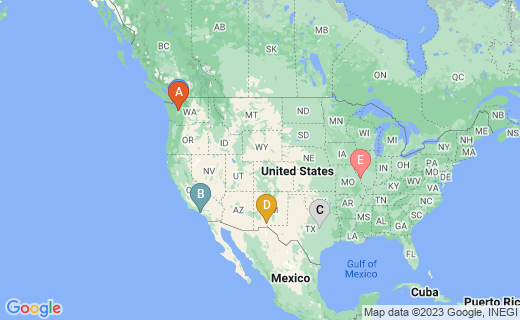