Focus on STEM courses in America in K-12 and college grew during the 2000s and 2010s in order to persuade more children and youth - including girls - to study and accept employment in Sciences, Technologies, Engineering, and Mathematics. Still, their interest wavered, especially after fourth grade. Adding the Arts not only helped their brains to process STEM materials, it added fun! Adding Arts makes STEAM energy!

Buzz Aldrin’s ShareSpace Foundation members know that we will never get to Mars and make it habitable without today's elementary school youth in the mid-2010s wanting to enter the fields of math, science, engineering, and technologies as young adults.The youngest of these will be about 25 years old at NASA's target of a 2035 landing. They can be ready to go into space or support astronauts who do go.

Apollo 11 Astronaut Aldrin is also concerned about effective education and avoiding feeding kids misinformation. He is one of the best advocates for useful education and critical thinking for job success that America has on board. At an age in the early 80s, he is as active as William Shatner in nonprofit foundations and aerospace education promotion projects.

Just over 100 years ago man learned to fly in airplanes, and about half a century later man walked on the moon...The young generation of today will decide what happens next – and STEAM will awaken their senses and ignite their capabilities.

LeBlanc's goal, in part, is to take the positive human energy of the STEAM program and deliver it globally to make our youth ready for the jobs of the 2030s. The foundation wants to also ensure that the youth enjoy the journey to career success through a sensible application of fun and useful artistic techniques.

The task of convincing naysayers that the arts are not useless fluff, but vitally important elements of brain training is finally becoming less daunting. Some critics will say "humbug" to their graves, but they likely not stop the arts movement nor refute scientific evidence.

For instance, in the last decade, an increase in the arts in Downtown Nashville Tennessee, spearheaded by artists-musician Beth Inglish McMillian (no relation), her musician husband Chad "Catfish" McMillian, and others has significantly increased the economy of the city overall by drawing people and businesses into that town, along with additional community outreach services. She is now also a columnist for The Tennessean. Art is a good thing.

The STEM Brain on Music

This Is Your Brain on Music: The Science of a Human Obsession
It's a good obsession. The Rocker-turned-neuroscientist Daniel J. Levitin shows us more about the brain and music. Pythagoras knew long ago that music is strongly rooted in mathematics.
Buy Now

I was happy to join the Aerospace Education part of Civil Air Patrol to help youth explore STEM classes, build rockets, fly model planes, ride shuttle simulators, and explore the possibility of working in aerospace careers in the near future.

Astronaut Chris Hadfield states in his biography that he began training in elementary school by eating healthy foods and concentrating to always do his best in school, chores at home, and everything else. He also learned how to enjoy every task, even if it was a panicky life-or-death matter. He also enjoys photography, sings and plays guitar, even did it all on the International Space Station. 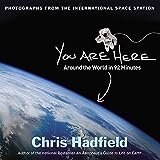 You Are Here: Around the World in 92 Minutes: Photographs from the International Space Station
Buy Now

Chris Hadfield and Barenaked Ladies ISS Is Somebody Singing

Ongoing Updates on STEAM and MARS

Will we find ways of surviving long-term in space and on other planets, overcoming physical, fuel, and energy problems? It will be exciting to find out.

Achtung T Shirt LLC Mens NASA Buzz Aldrin Mars Base Moon Landing Astronaut Tee Sport Gray
GYATM phrase taken from "The Terminator" film. Linn LeBlanc says that "when Buzz Aldrin says something he doesn’t sugarcoat it." True that! But you can also get “Generation Mars” and “Get Your Butt to Mars.” Much fun.
Buy Now