How Did The Universe Begin?

We are all living our lives on this planet we call Earth which is orbiting around a star we call the sun. When we look up at the sky at night we see lots of twinkling specks of light but we cannot see what they really are. But we know they are in most cases other distant stars and in some other not so distant planets. We can see those specks that are planets in greater detail if we have a powerful enough telescope at our disposal. We can even get a better look at the other stars with some of the most powerful telescopes around. But that does not fully help us understand how and why we are here on this Green and Blue ball floating through the sky.

We can use large Radio Telescopes to help us gather information on the early universe but we cannot see far enough back to figure out exactly how it all began. But in the past few years we have got very close.

The Wilkinson Microwave Anisotropy Probe or WMAP was launched in 2001 by NASA to measure the universes properties. It was able to look back in time to a point around 375,000 years after the Universe came to be.

The information it collected has helped Scientists not only determin the universes age but also the density of atoms and all other non-atomic matter and the point at which the first stars started to shine.

How Old Is The Universe?

It is scientific evidence from projects such as WMAP that have helped us to determin the Universes age.

The WMAP shows that the universe was a dark place during most of the first 400-600 million years.

What Was The Early Universe Made Of?

At first the universe was just a small speck but with in less than a second it started to expand and cool.

The Universe: From The Big Bang To The Present Day

This now obsolete theory of the universe states that the Universe has no begining and although it has expanded has always looked the way it does today. 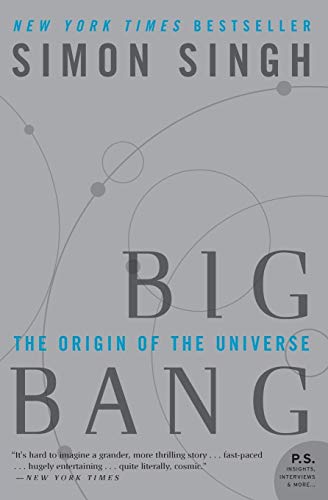 Big Bang: The Origin of the Universe
Buy Now

When Did The First Stars Form?

The WMAP data gave us a date of around 400 millon years after the Big Bang for the first stars. However new observations made since have sugested that the first stars did not form for another 100 million years after that. These findings have not yet been substantiated but if they are right it will mean that new calculations on the universe may have to be made.

If the Steady State Model of the Universe was true then the stars would have always been there.

How Did The Universe Begin?

Has it always been here?

People who beleive in the Steady State Theory beleive this to be the case.

Did it start with a BANG?

Even if the Big Bang did start the universe it would not have been an explosion like we know. It would have been more like someone blowing up a balloon.

Was it created by a God or Gods?

This is a great question and I have no problem with those who beleive as it does make sense that the Universe could have been created by someone or something.

Did it arise from the implosion of another Universe?

This theory is known as the Cyclic Model. (See Infographic bellow).

The 'God Partical' And The Creation of the Universe

Scientists have been searching for what is often referred to as the God Particle for many years and recent experiments at the LHC seem to have found this elusive particle. This particle is actually called the Higgs Boson and it is thought to give everything mass.

What if this particle started the creation of the universe?

What if the God Particle was the something that triggered the Big Bang?

A new theory suggests that this may have been the case.

In quantum physics, it was a Higgs-like particle that sparked the cosmic explosion [the Big Bang]. In other words, everything we see around us, including galaxies, stars, planets and us, owes its existence to the Higgs boson.

The Spark That Caused the Big Bang

My views and conclusion

I beleive that the Universe had to have a beginning, but I also beleive that it must have been created from something. I am a fan of the cyclic model as this allows for a beginning for our Universe while also providing us with information about where the matter that created it came from.

My main concern is that of how and when did the cycle start, as I beleive in things having a beginning.

Which do you beleive?