Ethiopia is a Historically Rich Country

Ethiopia is known primarily as an area that has experienced great hardship through famine and war. These events culminated in the charity events such as Live Aid. In Live Aid the top recording artists of the generation donated their time and talent to raise funds and awareness for the suffering and misery of the people of Ethiopia.

But Ethiopia is much more than famine and war, it has a proud history which goes back to the golden age of Ancient Egypt and the name Ethiopia originates from the term that the Ancient Greeks used to describe anyone who was dark skinned.

Ethiopia is mentioned nearly fifty terms in the bible but it is likely that the Ethiopia mentioned in the Christian holy book is a byword to cover much of the area around lower Egypt and the surrounding area around modern day Sudan.

The Country has many Natural Resources

It has the greatest water reserves in the whole of Africa, as over ten rivers flow through Ethiopia. Unfortunately, there are few irrigation systems in place to effectively use their precious life giving natural resource and farmland is denied a proper chance to feed their population due to underdevelopment of basic amenities .
Ethiopia is home to the largest domestic livestock population in Africa. Cattle are kept by both families and large scale farmers. Over 75% of rural Ethiopians keep livestock.

The highlands of Ethiopia is believed to be the original source of the coffee bean. These coffee beans are the one of Ethiopia's largest export commodity. The Coffee bean made its way from Ethiopia into the Islamic world and is still cherished throughout the Arab world.

Ethiopian honey and coffee beans are the top exported natural food products from the whole of Africa. Ethiopian honey owes its success to the large amount of flora that grows naturally in varying geographic conditions.

The Country Has Suffered Throughout its History.

Scientists in Ethiopia have discovered one of the oldest known sites in the world, that shows early human existence. The area is often called one of the cradles of human civilization. Due to its green and lush environment, it would have allowed early humans to flourish.

In 1936, Italy annexed Ethiopia or Abyssinia as it was known back then. This was over a century after other European powers had carved up Africa during colonialism. The Italians built infrastructure to connect the major cities and settlements of the country. 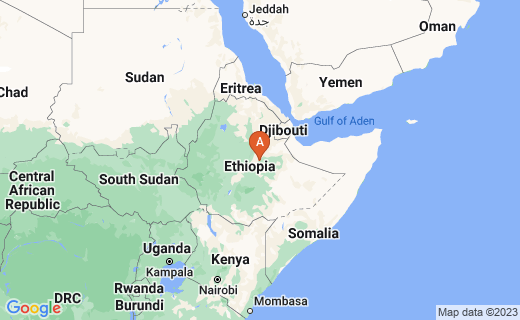 The Ethiopian People are Resilient

In sport, Ethiopia has a long tradition of creating great Olympic grade long distance runners. Ethiopian athletes have fared very well all over the world and have distinguished themselves in London and Boston marathons in recent years.

Ethiopia has eighty-four indigenous languages, with English been the most widely spoken foreign language and it is used in nearly all secondary schools.

In 2008, Ethiopian geologists were implicated in a major gold swindle. Four distinguished chemists and geologists from the Ethiopian Geological Survey were arrested in connection with a fake gold scandal, following complaints from buyers from South Africa.

Ethiopia was one of the first Christian countries in the world. The ancient Ethiopians officially adopted Christianity as their religion in the forth century. Judaism and Islam are also practised widely in the country.

There are altogether around eighty different ethnic groups in Ethiopia. This has led to some friction as other African conflicts are often transplanted into their resident populations.

Ethiopia is believed to hold vast supplies of gold and oil in the more chaotic areas of the country. These areas are at times volatile and currently represent too high a risk to investigate.

Ethiopia is a Modern African Country