The STS-133 mission will transport an ExPRESS Logistics Carrier, an un-pressurized platform which allows experiments to stay outside of the space station in the vacuum of space. The space shuttle will take Raffaello, a Multi-Purpose Logistics Module, out of its payload bay and leave it at the Space Station as a Permanent Logistics Module.

The STS-133 mission will bring spare parts for a two-armed telemanipulator robot. The robot was developed by the Canadian Space Agency and is called Dextre because of its dexterous nature. The space shuttle will also bring up a high-pressure gas tank, two S-band communications antennas, and micro-meteoroid debris shields. NASA is also studying whether to leave a robotic arm called the Orbiter Boom Sensor System at the space station.

The STS-133 space shuttle mission will use the Discovery orbiter. STS-133 is scheduled to fly no earlier than September, 2010, but may be extended to a later date.

NOTE: Copyright 2009 by Carolyn Blacknall. This article was posted on hubpages.com Unauthorized copying by DocStoc or any others is punishible by law.

Astronaut Steven Wayne Lindsey will be the commander of NASA’s last space shuttle mission before shuttle retirement. Steven was born in Arcadia, California, and graduated from Temple City High School in California. He received a BS in engineering sciences from the US Air Force Academy, and an MS in aeronautical engineering from the Air Force Institute of Technology.

Steven Lindsey has flown four missions in space for NASA:

Eric Boe served as F-15C flight commander with the 60th Fighter Squadron at Eglin Air Force Base in Florida. He served in Iraq with Operation Southern Watch and flew 55 combat missions there. After Boe attended USAF test pilot school, he served as Director of Test with the 46th Test Wing, flying all models of F-15 jet and UH-1N Twin Huey helicopter. Colonel Boe has flown over 4,000 hours in more than 45 different aircraft.

Astronaut Eric Boe completed his first space flight as pilot on STS-126 in November, 2008. In his spare time, he enjoys skiing, scuba diving, and other outdoor sports. 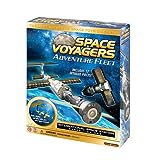 Astronaut Benjamin Alvin Drew, Jr. will be a Mission Specialist in the last space shuttle mission. Benjamin Drew was born in Washington, DC, and graduated from Gonzaga College High School in Washington, DC. He earned a BS in Astronautical Engineering and a BS in Physics from the US Air Force Academy. He has a Master of Aerospace Science from Embry Riddle University and a Master of Strategic Studies in Political Science from the US Air Force Academy.

Benjamin Drew completed helicopter pilot training and was assigned to the Air Force Special Operations Command, where he flew helicopter combat missions in operations Just Cause, Desert Shield, Desert Storm, and Provide Comfort. He completed fixed-wing aircraft training and attended the US naval test pilot school. Colonel Drew served on the Air Combat Command Staff and served as a commander of two flight test units. Colonel Drew has flown 3300 hours in over 30 types of aircraft.

Astronaut Drew served as a Mission Specialist on space shuttle mission STS-118, which added another truss segment, an external platform, and a gyroscope to the International Space Station. 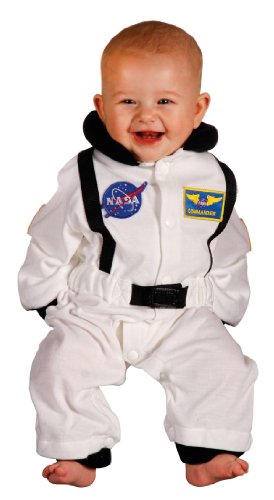 Dr. Michael Barratt has worked in Space Shuttle Medical Operations. He spent over a year working in the Cosmonaut Training Center at Star City, Russia, in support of the NASA STS-71 and Russian Mir-18 joint mission.

NASA Astronaut Timothy Lennart Kopra will serve as Mission Specialist in the last space shuttle mission before shuttle retirement. Tim was born in Austin, Texas, and graduated from McCallum High School in Austin. He earned a BS from the US Military Academy at West Point, an MS in aerospace engineering from the Georgia Institute of Technology, and a Master of Strategic Studies from the U.S. Army War College.

Tim Kopra served in the air cavalry squadron of the 101st Airborne Division at Fort Campbell, Kentucky and in the 3rd Armored Division in Germany. He served in Operation Desert Shield and Operation Desert Storm. After he completed a tour in Germany as an attack helicopter company commander, he completed U.S. Navy test pilot school and worked as an experimental test pilot.

Colonel Kopra was assigned to NASA as a test engineer at the Johnson Space Center before being selected as an astronaut. He trained at each of the International Space Station international partner sites and served as a backup crewmember to space station Expedition missions 16 and 17. He went to the International Space Station on space shuttle flight STS-127 and served on the space station Expedition 19 mission. In his spare time, Tim Kopra swims, bikes, and runs.

Astronaut Nicole Passonno Stott will serve as Mission Specialist in the final space shuttle mission before space shuttle program cancellation. Nicole was born in Albany, New York and attended Clearwater High School in Florida. She earned a BS in aeronautical engineering from Embry Riddle and an MS in engineering management from the University of Central Florida.

Nicole Stott worked at the Kennedy Space Center in Florida and the Johnson Space Center in Houston before being selected as an astronaut. She served as a support astronaut for the space station Expedition 10 mission crew and as a ground communications officer. In 2006, Nicole became a member of the NASA Extreme Environment Mission Operations (NEEMO) mission, which involved living and working in an undersea research habitat named Aquarius for 18 days. Nicole launched into space with the STS-128 space shuttle flight and served as a member of International Space Station Expeditions 20 and 21 crews.  She returned to earth with the crew of STS-129.

A Link to My Other NASA Space Shuttle Article

Why do so many people support NASA's space programs?