Military Service by Doctors in the Great War

Historically Doctors, although officers in the army were not of equal rank to other officers and did not receive the same pay and benefits as combatant officers. As a result of this recruitment of doctors to the army was difficult as after taking long years of studying to qualify, doctors preferred the opportunity to make their fortunes in civilian life. Improvements following a parliamentary enquiry in 1902 started to be made, but there were worries concerning the army medical reserve who were deemed to be "of little use". A new corps was suggested and the Director General of the Army medical services toured the country talking to and obtaining the views of the medical profession. By 1909 enthusiasm for voluntary medical service in the army was at its height and territorial army units were almost full. By 1913 enthusiasm was waning and the number of volunteers was declining and then war was announced. How would the sudden demand for doctors be met?

The Outbreak of War

At the outbreak of war it was decided that the army's need was for young doctors who could serve anywhere. The profession agreed to cover absences by methods such as combining jobs or bringing men out of retirement. For all except the young and often newly qualified doctors it was "business as usual" Parliament was told not to expect a shortage of doctors in the army. In 1914 the territorial armies were immediately mobilised, the doctors with them. This left gaping holes in civilian medical care and strategies had to be devised to cope with these holes. The war office was disorganised. Doctors might apply for the front and receive no reply so would take a job elsewhere only to find that a few weeks later they were sent to the front.

By mid 1915 trench warfare was starting to grow in importance and the war was being fought on more fronts. There was a shortage of doctors. Many of those who had joined up at the start of the war were on one year contracts which were soon ending. Medical personnel from the dominions were recruited. Australians, Canadians and New Zealanders all joined the Royal Army Medical Corps or their own medical corps. By mid 1915 28% of Australian doctors were serving at the front. This led to a shortage of medical professionals in the dominions. By July 1915 25% of British doctors had joined the army, but still more doctors were needed. Final year medical students were encouraged to stay at University to finish their degrees so that they would be qualified to work . The government shied away from compulsory attendance in the military and the Derby scheme was set up in 1915 to co-ordinate the medical volunteers. This failed to provide enough volunteers and the government was forced to accept the need for compulsion which resulted in the 1916 Military Service Acts, making all men under the age of 41 liable for military service.

Committees were in place to ensure that there were enough doctors left behind to fulfill military commitments but also to keep enough doctors for the civilian population. Under the schemed if a doctor enrolled himself as willing to take an army commission he would not get called up but if he failed to enrol he would be sent to the front. Volunteering meant that the committee could direct doctors to take on other work or work elsewhere. Doctors returning from the front had to either volunteer or go back to the front. It was felt important that all doctors should enrol so that the committee could ensure doctors were distributed equably across the country. Older doctors aged 45 to 55 could work with the forces at home, freeing young doctors to work abroad. The committees kept registers of needs and requests and tried to match the two. Agreements were drawn up where fees were split between the locum and the absent doctor and doctors were encouraged not to poach patients from absent doctors. However many doctors returned from the war to find their practises in ruins with patients straying to the care of another doctor in their absence. 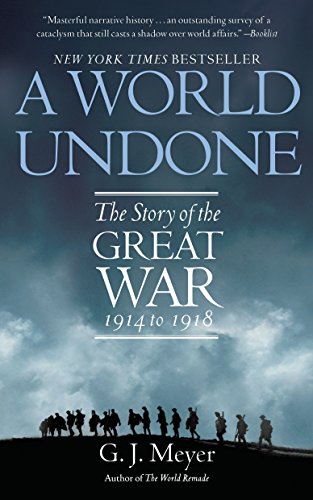 In April 1918 Parliament reacted to the General manpower crisis by passing a Military Service Act extending conscription to men aged 51 and for Doctors aged to 55. By 1918 the influenza epidemic was placing a heavy strain on medical services at home and in the war zones. Doctors were not immune to the flu and were amongst the casualties. Requests came from civilian doctors for help from army doctors because of the amount of civilians who were ill. Following the cessation of war in November 1918 military doctors were released as quickly as possible to help deal with the civilian crisis. Had the war continued then there would have had to be a full mobilization of all doctors to serve the army and the influenza outbreak.