World War 1 naval disasters- the sinking of the SS Lusitania

The Sinking of the Lusitania

The steamship, Lusitania the pride of the Cunard Line was sunk by the German navy with the loss of 1198 lives in 7th May 1915, an act which stunned and horrified the world at large.

The Luisitania had left New York six days earlier on 1st May sailing on a trans Atlantic route to Liverpool. The passenger list contained a large amount of American nationals despite being warned in an Imperial German Embassy advertisement that “ a state of war exists between Germany and her allies and Great Britain and her allies,.....vessels flying the flag of Great Britain or of any of her allies, are liable to destruction in those waters and that travellers sailing in the war zone on ships of Great Britain or her allies do so at their own risk”. These adverts did the opposite of stopping people from travelling. There were rumours that anonymous telegrams were being sent to encourage passengers not to embark on the ship. As a result the ship carried a large number of thrill seekers, newsmen and VIP’s . The millionaire Alfred Vanderbilt was sent a telegram stating “have it on definite authority the Lusitania is to be torpedoed.” Vanderbilt took no heed scoffing that anyone would dare to attack a luxury liner with a large number of nationals from a neutral country whose wealth and goodwill was needed by both sides in the war.

THE THREAT OF ATTACK

The Lusitania was more than a luxury liner. It was not publicised to the passengers but the ship was carrying 4200 cases of small calibre rifle ammunition and over 100 cases of empty shrapnel cases and unloaded fuses bound for the allied war effort. Although a very small cargo on the scale of usage it gave some legitimacy to the German attack, especially as amongst the passengers were a number of Canadian volunteers en route to the front in France.

On 4th February the Imperial German Government fearful that the Allied blockade would strangle their economy and impede the war effort proclaimed that the waters surrounding the British Isles were a war zone. After 17th February they proclaimed “every enemy merchant ship...will be destroyed without its being always possible to avert the dangers threatening the crews and passengers on that account”. . The Lusitania was sailing straight towards this zone which had 15 patrolling German submarines relentlessly searching for a target.

The captain of the Lusitania was Captain Turner an experienced seadog. He received a terse message from the British Admiralty. “submarines active off south coast of Ireland”. Indeed two days previously the U boat U20 had sunk three ships but with no loss of life. The ships crew took what safety precautions an unarmed ship could by readying lifeboats securing bulkhead doors and portholes and by taking a mid- channel course. The ships lookout was doubled and the ship sailed on.

As she sailed nearer the Irish coast the Lusitania enjoyed some protection from a thick fog which started to lift in the afternoon of the 7th . Their journey was nearly over as they sighted the landmark the Old Head of Kinsale at 1.40pm but at precisely this point of time the ship was sighted by Kapitanleutant Schweiger of the U20, hungrily looking for another kill. The Lusitania proceeded on course oblivious to the presence of the U boat and became a sitting target.

On the Lusitania life continued in its elegant, stately way. At 2pm most passengers had finished lunch , some lingered in the Louis Seize dining salon whilst others had moved to take coffee in the exquisite late Georgian lounge. For those who wished to greet the sun after so much fog this was the time for a stroll on deck taking the sea air, land in sight, safety in heart and the strains of the orchestra in the background playing the “Blue Danube”. It must have been absolutely blissful.

The German U boat U20 was loaded with 290lb torpedo missiles. The torpedo was nearly seven metres long and carried 160 kilos of high explosives in its nose, travelling at over 80 mph. At 2.09pm one of these torpedoes was released from the tube and sent , powerfully cleaving through the sea water leaving a trail of white foam in its wake. The safety precautions of the Lusitania had included extra look outs- again they proved useless. A look out saw the torpedo coming and shouted a warning but within a minute the torpedo had impacted on the ship. It hit the starboard side behind the bridge and emitted a powerful explosion causing the vessel to lurch sharply to starboard. Evacuation was chaotic, the ship was still moving too fast though boats were launched their hapless passengers fell out into the sea. The calm, blissful atmosphere was replaced by chaos and fright.

The ship listed further to starboard as more sea water entered the compartments. Some lift boats on derricks on the right side crashed on to the deck, immobile. In the chaos passengers were running around in ill secured life jackets and several were immediately swept overboard. Some boats had been launched but not enough. Whilst all this chaos was in issue Black humour prevailed and a trio of Irish girls sang “There is a Green Hill far away”, intermingled with screams and oaths as anything that was not tied down slid across the decks. The German U Boat commander noted “Great confusion on board....

A passenger, a theatrical artist, Oliver Bernard said afterwards " all that remained was a boiling wilderness that rose up as if a volcanic disturbance had occurred beneath a placid sea."

It took the Lusitania eighteen minutes to sink. Suddenly , the ships rudder and propeller rose into the air and the bows thrust into the water as the great liner glided swiftly to the depths below. Above, on the surface of the water was utter chaos. Boats some with passengers and some capsized abounded, people clung to the flotsam from the ship and hardy swimmers held their own for the present. Amidst the scene was a steadily mounting number of lifeless floating bodies.

After the dead were counted and a roll call made the statistics were grim. The Lusitania had carried a crew and passenger list amounting to 1959 of these 1198 died. Of the 1198 dead 128 were neutral Americans’ and 94 were children. The press in both countries took opposite stances. The allied and US press headlines shrieking with outrage whilst the German papers boasted of the German Navy’s “extraordinary success” This incident could easily have brought America into the war at this stage but the American government after warning the German government to cease attacks on neutral ships kept out of the war for a further two years. However for the American public it produced waves of sympathy towards the allied cause and made entering the war on their behalf an almost foregone conclusion.The Assistant Secretary of State FD Roosevelt was quoted as saying " piracy on a vaster scale of murder than old time pirates ever practised". 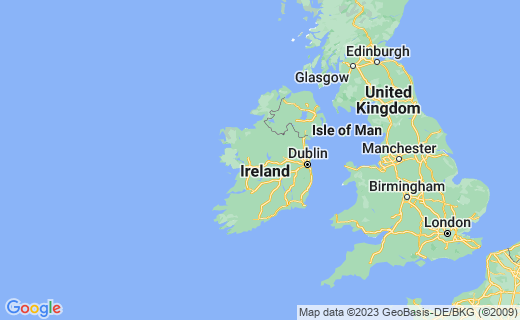 Sadly Alfred Vanderbilt did not survive but his actions at the time of the sinking were noted by others as he was such a prominent person. He met a young mother with her infant and gave up his own life jacket so that she and her child would be saved. He then went in search of another jacket. This heroic deed was even more important when viewed with the knowledge that Alfred Vanderbilt could not swim. Neither his or his valets body were ever recovered. A memorial was erected to Vanderbilt to commerate his bravery and heroism and it is sited on the A24 London to Worthing Road at Holmwood, just south of Dorking. The inscription on the memorial reads “ In memory of Alfred Gwynne Vanderbilt a fallant gentleman and a fine sportsman who perished in the Lusitania on 7th May 1915. This stone is erected on his favourite road by a few of his British coaching friends and admirers”